Letter of thanks from Chris Cole, peace activist for support received whilst in jail

On 19th January Oxford peace activist, Chris Cole, was given a 30 day jail sentence for nonpayment of a fine he received in response to spray painting anti-arms trade messages at a conference to launch DSEI 2009.

He has received a huge amount of support, both in Wandsworth and by email and twitter outside. Today he asked me to forward this letter of thanks to everyone who has been in touch with us.

Just a quick note to say thanks for all the messages of support and prayers. I’m doing OK in here – about half way through it now. We’re allowed out of our cells for just over 1 hour a day (mainly just to stand around on the landings) but the rest of the time is banged up. As there are TV’s in the cell I spend most of the time with Jeremy Kyle and Noel Edmonds – a cruel and unusual punishment indeed. When I can I’m reading The Prophets and John Paul Lederach’s “The Moral Imagination” Can highly recommend them both as prison reading!

I’ve had a couple of different cell mates and all have been curious about the very concept of protesting against war – trying to change the way of the world seems fruitless activity to them. And truly sometimes we all know that feeling of powerlessness. But, thank God, we know that this is not the way the world is meant to be and we have hope, more than hope, we have faith.

Thanks once again for all your best wishes,

Chris is due for release on Feb 2nd.

Meanwhile planning is underway to protest against DSEI 2011. For further information contact:

Vigil outside H.M.P. Wandsworth for the release of peace-prisoner Chris Cole 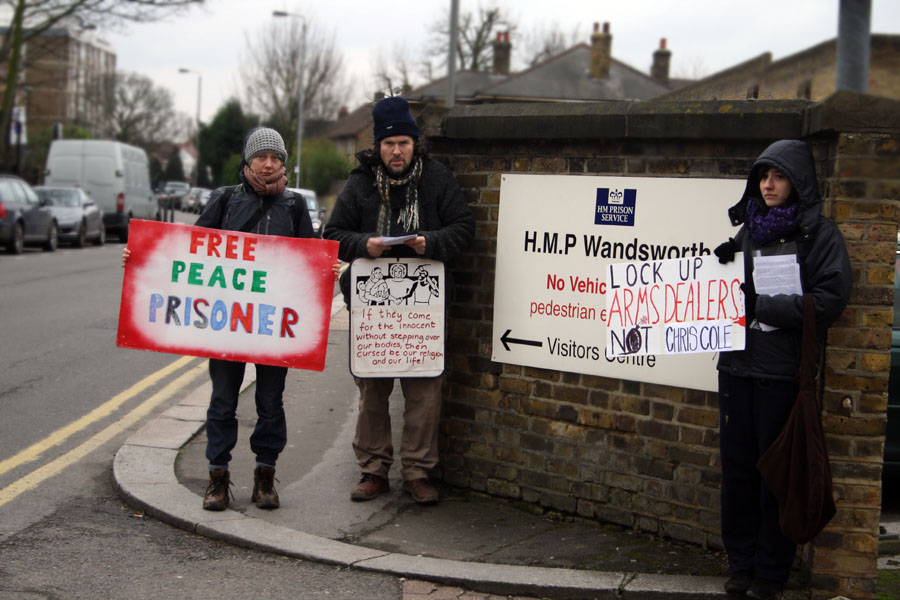 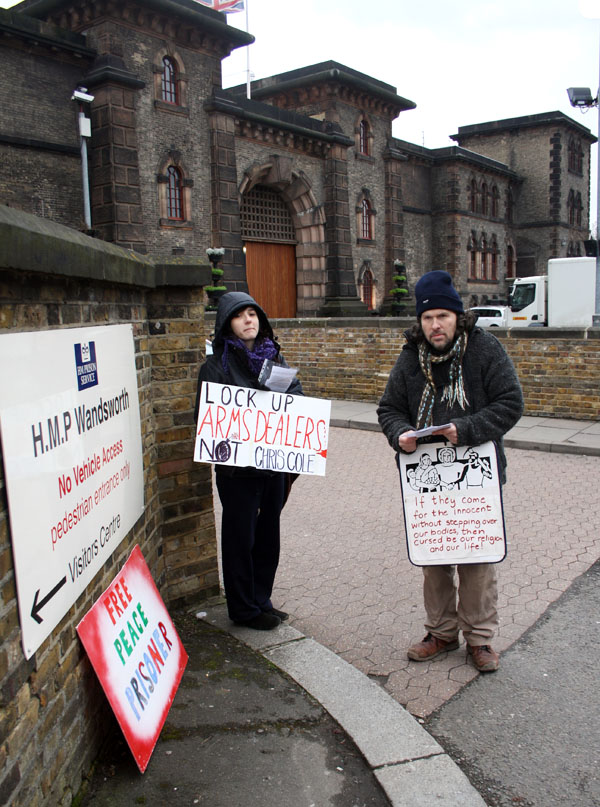 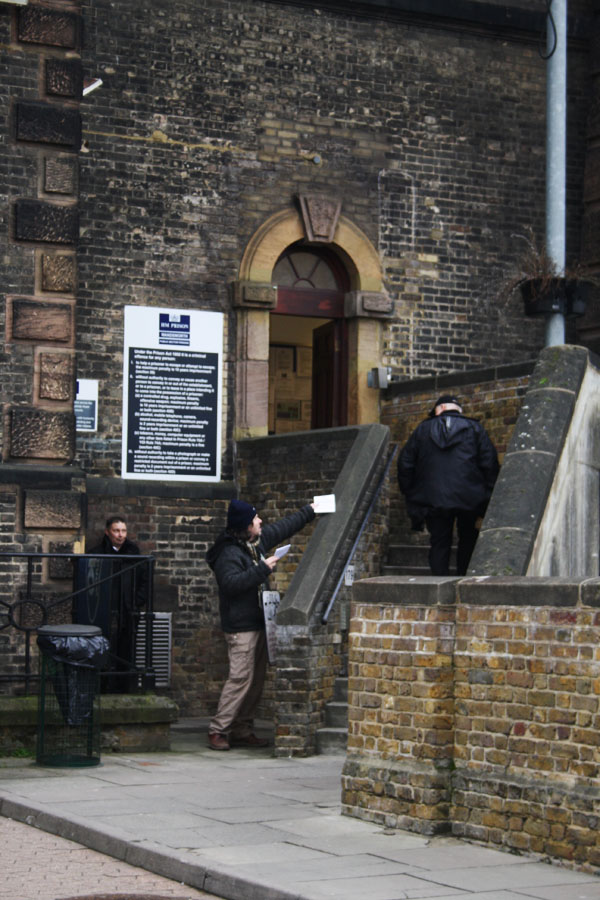 On Thursday January 27th three people from the London Catholic Worker Farm gathered outside Wandsworth Prison to be in solidarity with Chris Cole and his family. They held placards, handed out leaftlets and talked to people passing by and staff members of the prison. The vigil lasted for one hour between 2 and 3 PM.