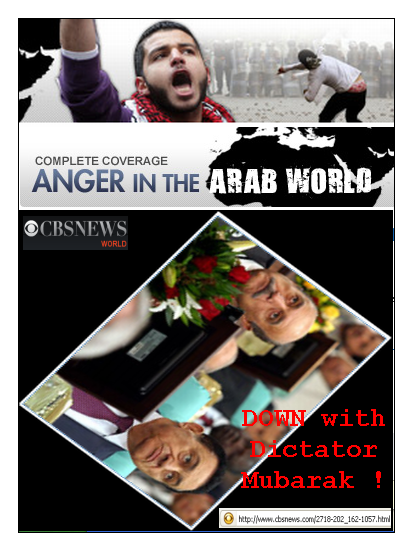 DOWN with Dictator Mubarak !

Mubarak imposed a curfew and cut off all Internet access. He also called out the military to restore order. Mubarak went on TV Friday night and said he's firing his cabinet but he's staying put.