By 7am this morning several campaigners masked as fish locked themselves together across the entrance of Sizewell A and B. They claim that the nuclear operators and the Nuclear Installations Inspectorate (NII) have not taken the possibility of flooding and coastal erosion at the Sizewell plants into proper consideration. 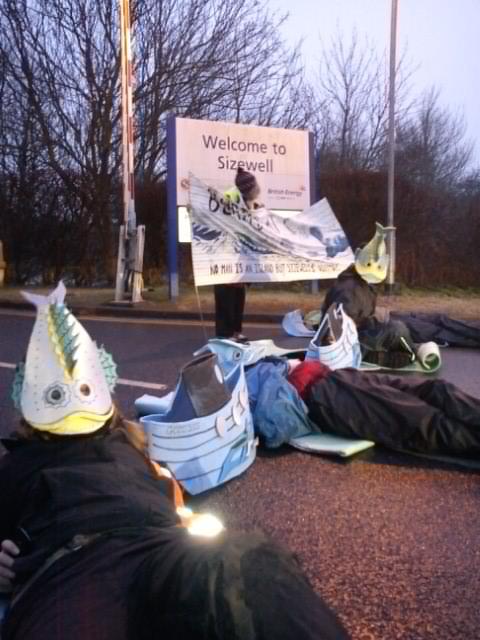 Mell Harrison, 39, An Education Coordinator from Geldeston and from the Stop Nuclear Power Network said “One of the reasons we are here today is to highlight the plans and dangers of storing radioactive waste at Sizewell until 2130. That is 129 years away! We have no idea what effect climate change and coastal erosion will have on this area.”

Another protester, Emma Bateman, 42, Lowestoft added “We see coastal erosion happening along the Suffolk and Norfolk coast everyday and yet nuclear power stations are built virtually on the beach. One storm and the beach in front of Sizewell can be gone and the waves will be lapping at the foundations of the nuclear plant. Will Minsmere and Thorpness be sacrificed to save EDF's investment at the nuclear site and who is going to pay for this when it happens.”

The protesters also demanded to see “firm contingency plans on how all nuclear material would be removed from the site in a short period of time if sea level rises and/or coastal erosion threatened the safety at the site.”

Peter Lux, 48, from Geldeston said: "Sizebell B was shut down last year from March to September because of serious problems in the primary cooling circuit. Yesterday, it was taken off line at 4am, again because of problems with a pump which is part of the cooling circuit. Cooling is crucial in a nuclear reactor, and to have problems in this part of a nuclear power station is jeopardizing safety."

Sizewell has seen several blockades in the last couple of years since it was suggested as a possible site for new nuclear build.

Buried At C
We are here today because storing radioactive waste for over 100 years
in a flood zone is a daft idea.
It does not take a genius to work out why!
www.stopnuclearpoweruk.net

We want concrete evidence that the nuclear operators and The Nuclear
Installations Inspectorate (NII) have taken the possibility of flooding at the Sizewell plants into proper consideration. Particularly in light of climate change.

We would like to see firm contingency plans on how all nuclear material would be removed from the site in a short period of time if sea level rises and/or coastal erosion threatened the safety at the site.

If this information is not sufficient or does not exist we call for the licences for the sites to be revoked and decommissioning of the plants to start immediately.

We have no faith in the NII who have have abrogated their mission 'To
protect people and society from the hazards of the nuclear industry' in favour of the interests of the nuclear operators.

Blockade ended at 10am

The campaigners self-released at about 10am, and ended the blockade. The police did not arrest anybody. 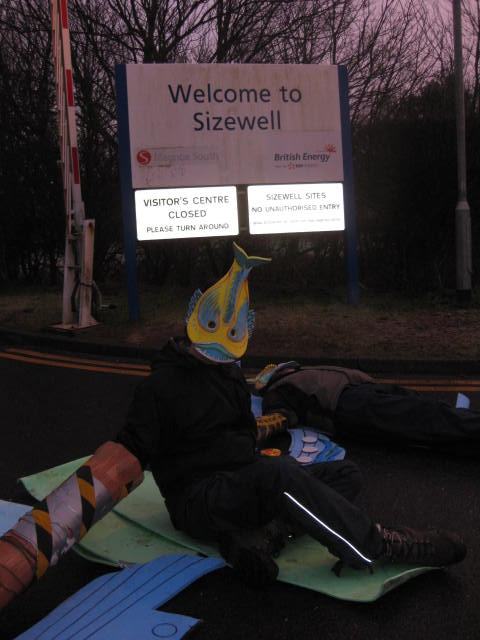 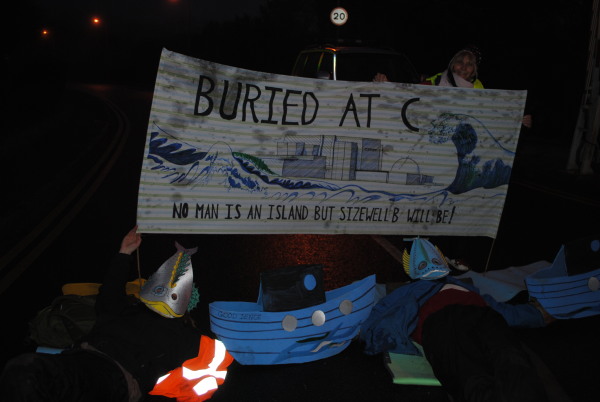 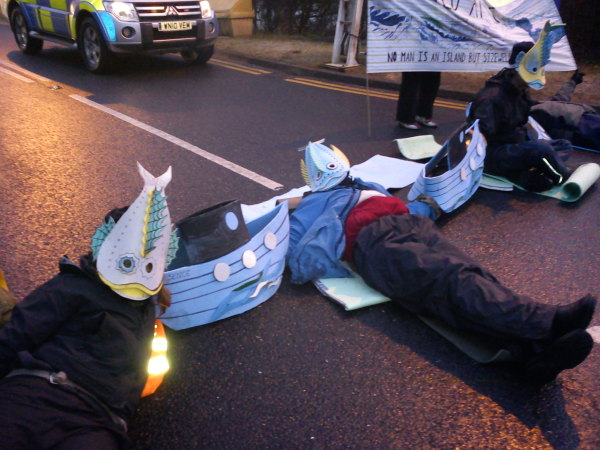 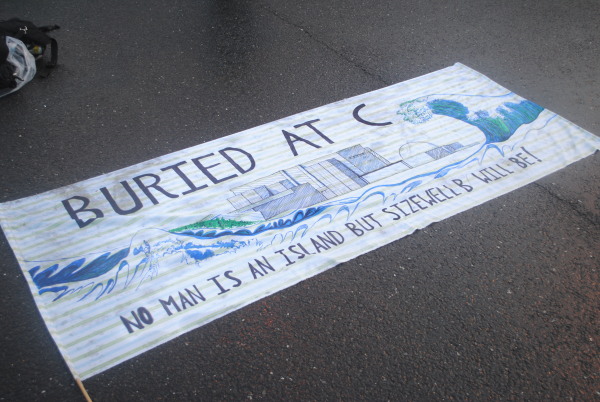