A crowd estimated at between 20 000 and 50 000 has descended on Bahrain's Pearl Roundabout in Manama as pro-democracy demonstrations continue to grow. Today's protest follows the killing of 31 year old Fadel Salman Matrouk, who was present at a gathering outside the Salmaniya hospital for the funeral of Ali Abdulhadi Mushaima. Ali died on Monday when security forces attacked a demonstration for human rights in the village of Daih, near Manama. 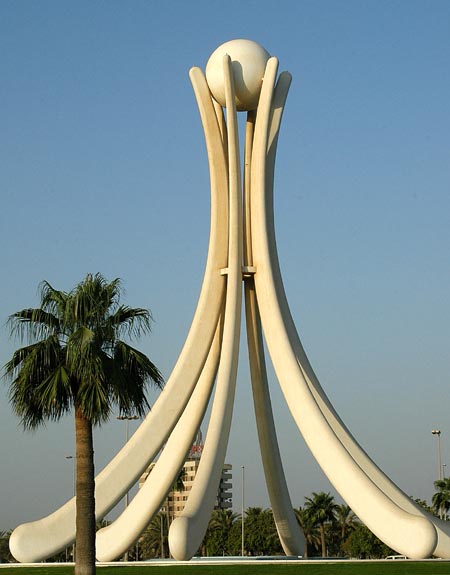 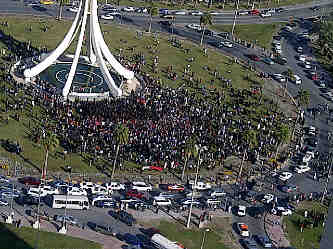 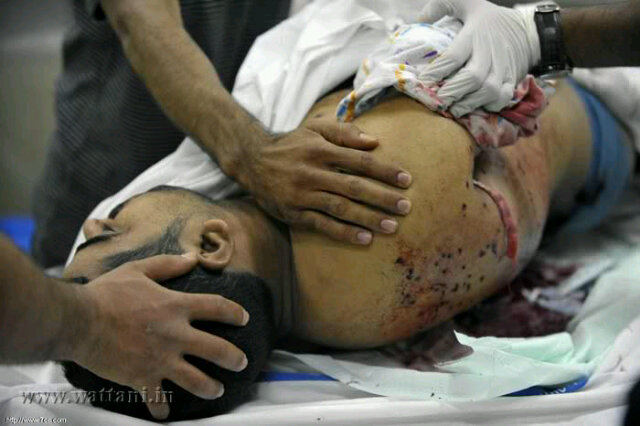 The body of Fadel Matrook 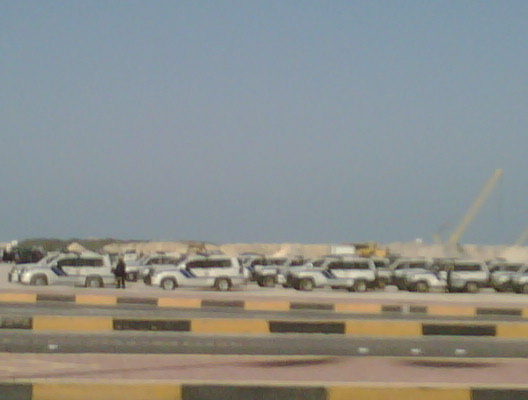 Police vehicles near the roundabout

Protestors have started to erect tents on the roundabout, whilst an estimated 300 police vans are sited nearby. Reports so far are that the protest remains peaceful. Hamad ibn Isa Al Khalifa, the current King of Bahrain is delivering a television speech and has expressed condolences and quoted the quran on peace! The crowd is composed of people from all walks of life.