Hundreds of riot police are reported to have attacked the protestors who have been occupying the Pearl Roundabout in Manama. The attack took place at about 3.45am ocal time. Many including women and children were sleeping when the police attacked according to Maryam Alkhawaja of the Bahrain Center for Human Rights who is on site. She reports that there are wounded, and that people are chanting "we demand the fall of the regime".

The roundabout was occupied on Tuesday, after an estimated 20 000 people joined a march following the death of a second protestor who was killed while gathering for the funeral of Ali Abdulhadi Mushaima, who died while protesting for human rights in the village of Daih, near Manama. Others are tweeting asking for help, reporting indiscriminate firing(possibly of rubber bullets) and tear gas, as well as heavy use of batons. They say all exits have been blocked. At least one death and 200 injuries have been reported. It is also reported that the internet has been disabled. 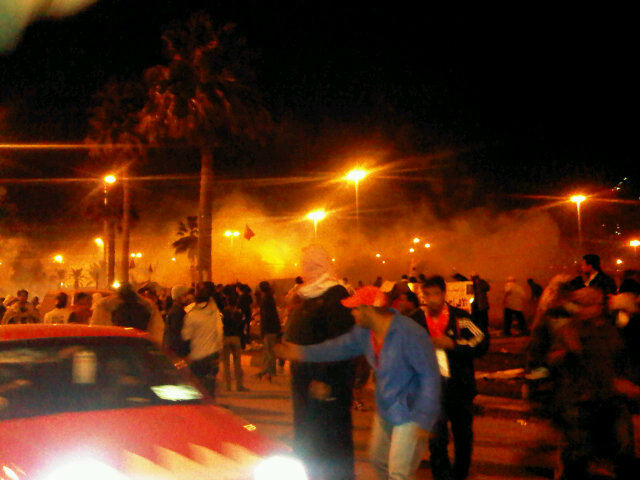 The scene of the attack