The GOvernment is massacring people in Bahrain. The mainstream coverage is shit.
This should be listened to: 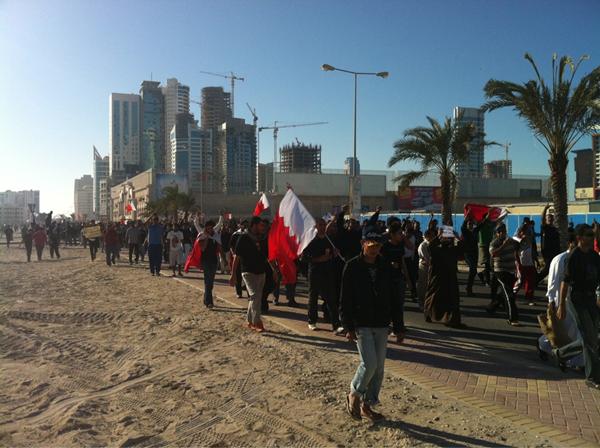 One of the marches heading for Pearl Roundabout 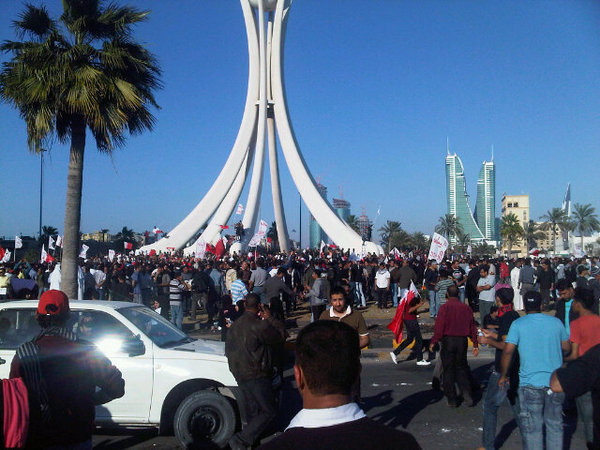 Back on the roundabout

In defiance of the murderous attack on mourners and a hospital yesterday, thousands of Bahrainis have once again taken to the streets and are descending on the Pearl Roundabout from three different locations.

The Bahraini dictatorship seems to have found itself between a rock and a hard place. Yesterday France and Britain announced that they would be suspending the export of some military weapons to the Island, and today there were suggestions that the USA may be considering doing the same. The King yesterday called on the Crown Prince to open dialogue with all sections of the population, but overtures were rejected by the opposition party who insisted that the military must be called off first. Calls were also circulated for a general strike on Sunday.

This morning at least two convoys of tanks and APCs left the roundabout, leaving the police in charge. Barriers of barbed wire were also erected to try to prevent access to the roundabout. Latest reports are that, after initially using teargas and rubber bullets, the police have also withdrawn and that the marchers have reached the roundabout.