Going through our video archive, undercurrents have found images of the following spies who have infiltrated protest groups 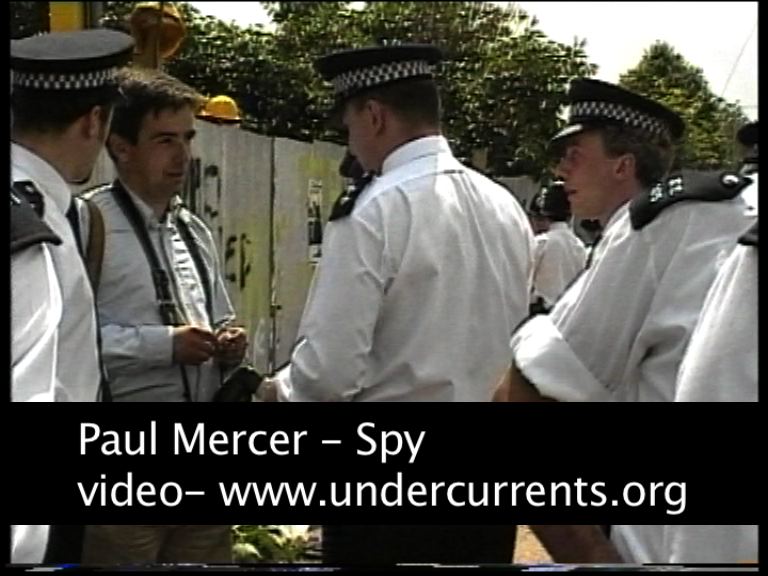 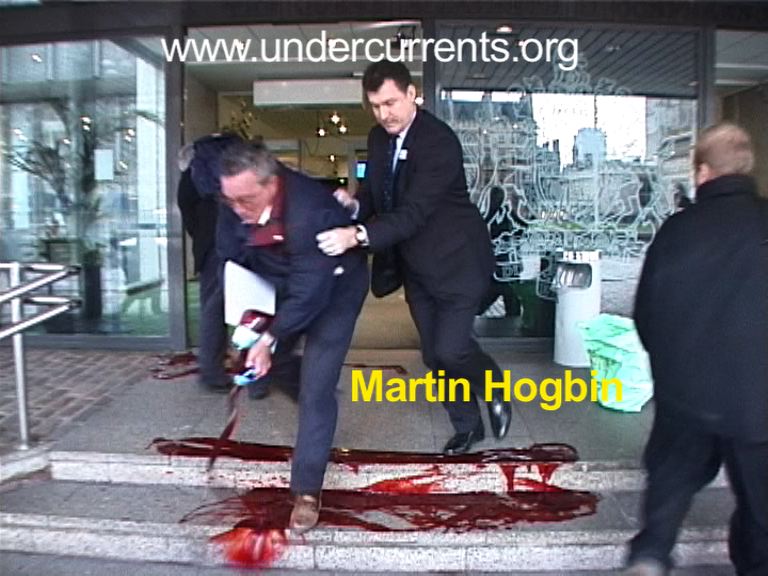 Going through our video archive, undercurrents have found images of the following spies who have infiltrated protest groups

1.Paul Mercer- a spy for BAe who has infiltrated many protest groups.Mercer was publicly exposed for his role in spying on anti-arms trade campaigners, Campaign Against the Arms Trade (CAAT) in 2007. His contract for the operation was finalised through Global Open. We have images of him on M11 link road protests in 1995, surrounded by police looking like he is arguing with them. He has a stills camera with zoom lens around his neck.

2.Martin Hogbin- a spy for Bae who worked undercover in CAAT. Images of Hogbin driving a van for Mark Thomas who dumped manure on doorstep of Labour HQ.Also images of Hogbin dumping fake blood on steps of the AMG of BAe with activist Chris Cole. Images of both holding a CAAT banner and both being arrested.

3.The car which undercover cop PC Boyling/Sutton drove to block the streets for the carnival against capitalism in 1999. Video images of 5 police pushing it away after the undercover cop 'accidentally' left the window open. This story was reported in the Guardian.

PC Mark Kennedy was at the Big Green Gathering in 2006. If you filmed there please contact us on

info@undercurrents.org
if anyone has any ima

The Car wich PC Boyling/Sutton dumped in carnval against capitalism 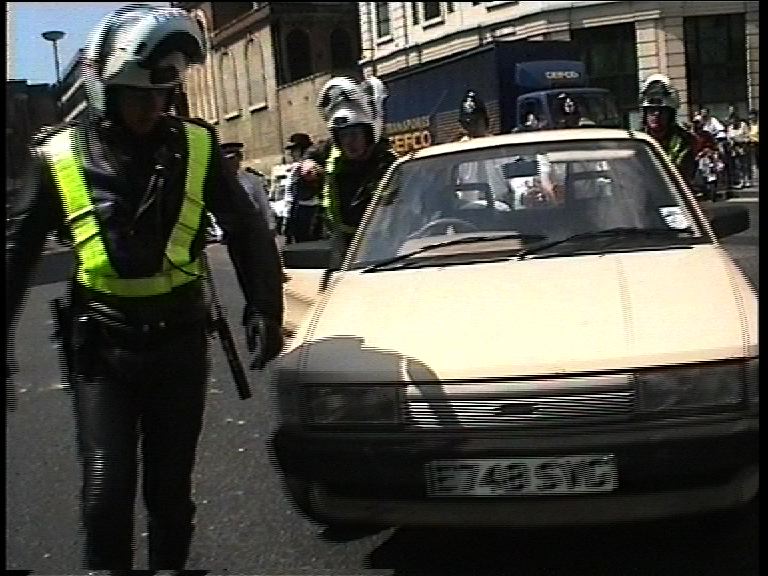 Car which PC Boyling was in (still from undercurrent svideo)

We think this is the car which undercover cop PC Boyling/Sutton drove to block the streets for the carnival against capitalism in 1999. Video images of 5 police pushing it away after the undercover cop 'accidentally' left the window open. This story was reported in the Guardian.

Reclaim the Streets was a colourful collective opposed to cars. During its protests, members would block roads and start impromptu street parties. One notorious technique involved either crashing or parking "sacrificial cars" in the middle of traffic, sealing off the road. For police, they clearly constituted a potentially dangerous group of anarchists whose demonstrations had a record of descending into disorder.

Boyling's operation would prove to be so successful that he played a central organising role behind the so-called Carnival Against Capitalism in 1999, one of the major anti-capitalist demonstrations of the past two decades. Those involved in organising the protest recall that he was "navigator" in a car that had been intended to block Upper Thames Street, in central London, kickstarting a day in which thousands of activists would clash with police.

The woman who was driving the car – purchased for £200 – recalls how Boyling made what at the time appeared to be a stupid error. He left the window open, enabling police to open the door, take off the handbrake, and push the car away.

Confronted over his error, Boyling was said to have replied: "Oh, I forgot." The protest went ahead anyway, but it was a setback for the activists.