Protest at Yarl's Wood in solidarity with women immigration detainees

Anti-detention activists held a solidarity demonstration at Yarl's Wood detention centre on Saturday, 5th March. Protesters wanted to show solidarity with migrant women incarcerated in the immigration prison near Bedford, as women worldwide celebrated International Women's Day. They also wanted to highlight the fact that ending child detention has been skillfully employed by the coalition government to avoid talking about the brutal and inhumane detention regime in general. 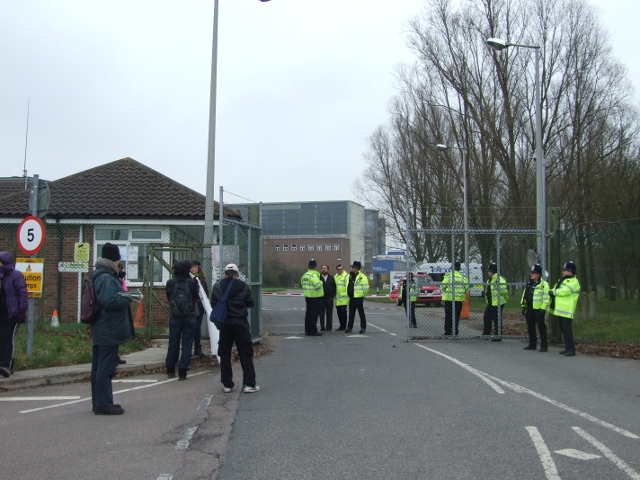 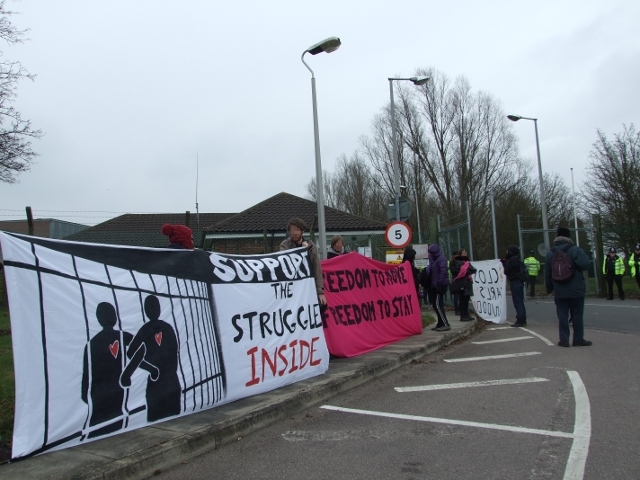 they hold a short demonstration there 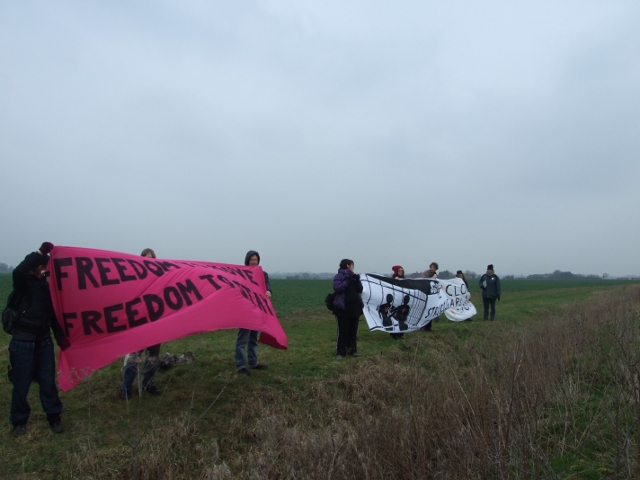 then march round the business park, across the field, to the fences of YW

where detainees can see and hear them from their cell windows 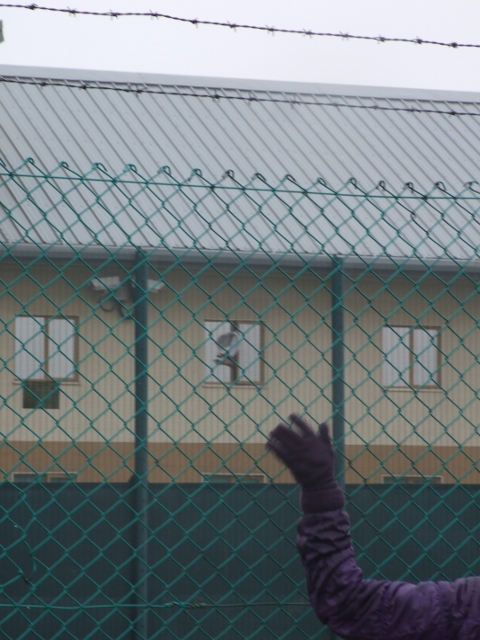 waving to each other across fences and borders 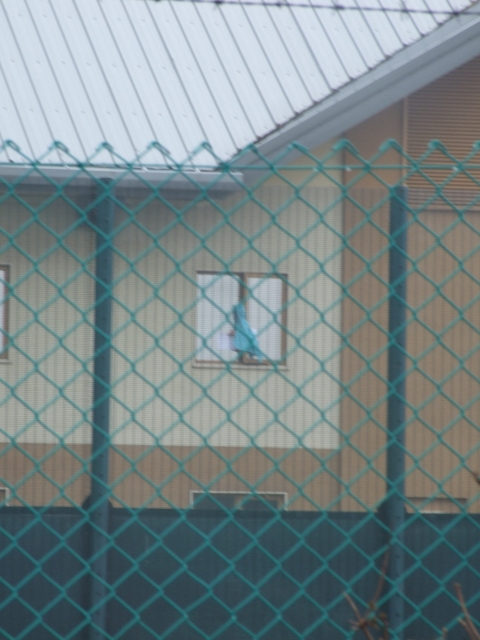 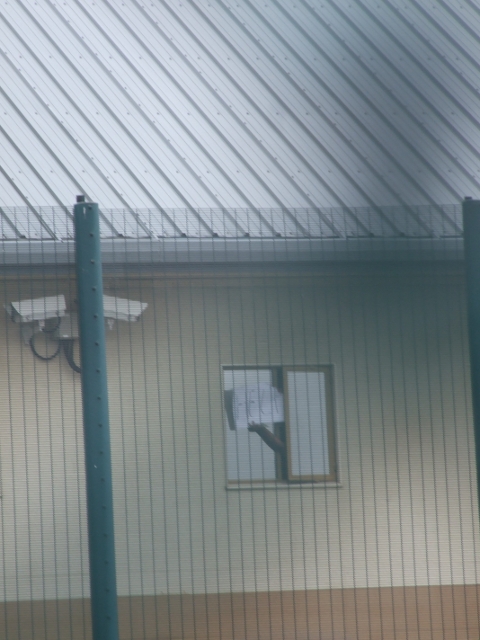 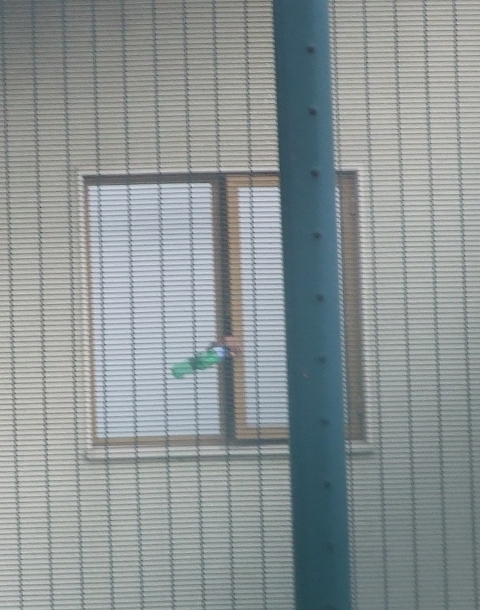 banging on the windows 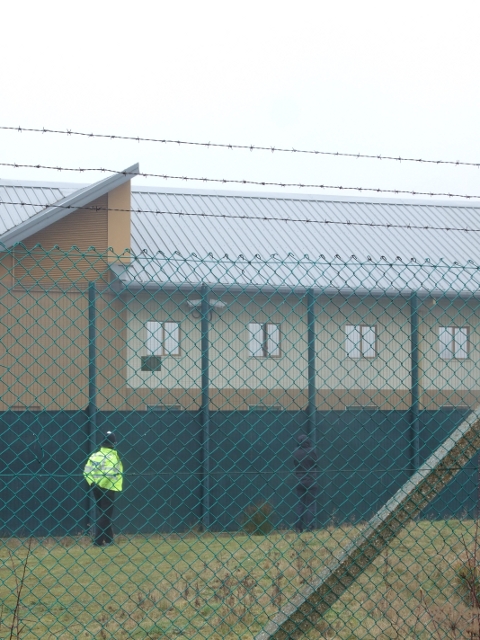 a cop and YW manager monitor which window is doing what 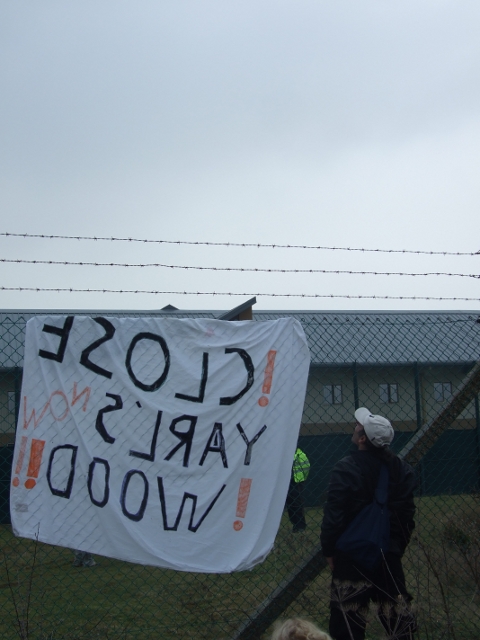 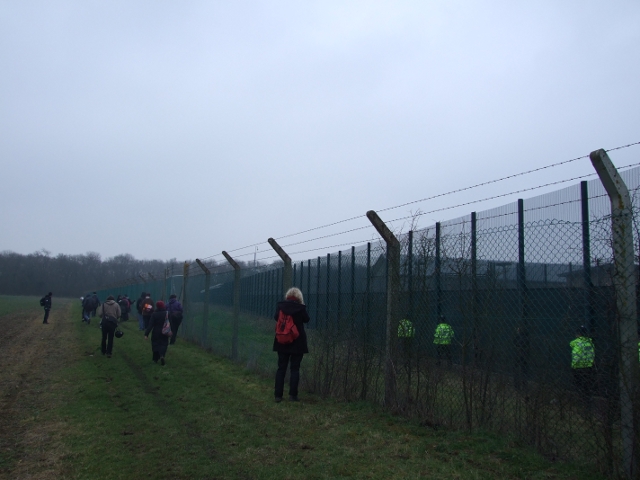 walking along the fence around the immigration prison 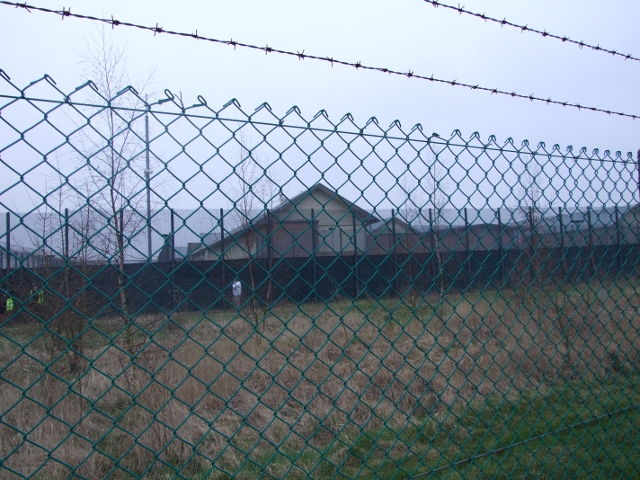 the back side of Yarl's Wood 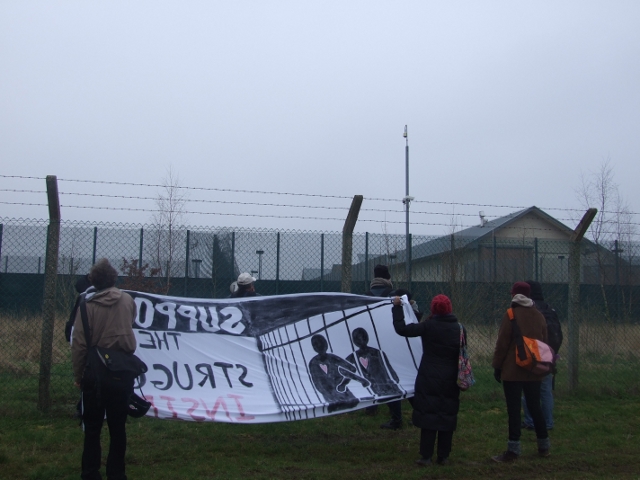 support the struggles inside 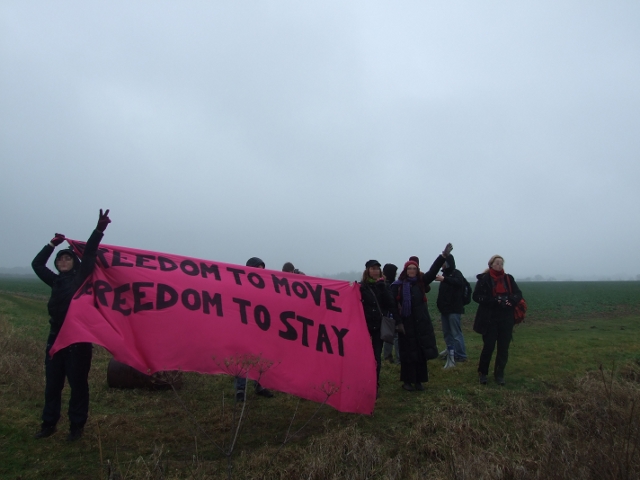 During the demonstration, protesters made phone contacts with many women locked up inside. Most of them talked about their physical and psychological suffering from prolonged detention, without charge or judicial oversight. “If they cannot deport me,” one woman said, “why am I being kept here, for more than a year now.” Others we spoke to had been in Yarl's Wood for several months, and one for almost two years. Most of them had already served a prison sentence, often for a minor offence, such as using fake documents to travel or work. Instead of being released, however, like any other person who has finished their sentence, these women were then transferred to Yarl's Wood, as a second punishment, pending their deportation.

The women also complained about their mistreatment, the lack of privacy, inadequate healthcare provision and and so on. In a recent inspection report on Yarl's Wood (

http://www.justice.gov.uk/inspectorates/hmi-prisons/docs/Yarls_Wood_2009_rps.pdf), HM Chief Inspector of Prisons Anne Owers reported that “the focus on improving the environment and activities for children appeared to have led to a lack of attention to the needs of the majority population of women.” The provision of activities at the centre was found to be “among the poorest seen in any removal centre.” Previous inspections had described the centre, which is run by Serco, as “inadequate” but recent reports said it has “declined even further.” These poor conditions add to the depression and anxiety of the women detainees, many of whom are rape and sex trafficking victims, torture survivors and so on. Nonetheless, they are locked up in prison-like conditions for lengthy periods, without a realistic prospect of deportation, despite numerous High Court judgements that found the detention of people in such cases to be unlawful, and in breach of rules set by the Home Office itself.

For more on Yarl's Wood and immigration prisons in general, see this Corporate Watch briefing: