No doubt people will have heard much about how defence contract overspend is the norm - contracts always delivered late and costing far more than the initial quote. What is less known though is just how much markup the contractors charge and also that much military equipment is ordered, paid for, filed away in military stores and then never ever used. Eventually the equipment may find its way onto the surplus market via auction sales for just a tiny fraction of its original cost. Here's an interesting piece of navy surplus that I came across. It's described as a panel screw - a simple countersunk brass screw about the size of your little finger and probably used to secure something not very critical such as an electrical panel in a ship. Now it's true that this is hardly an industry standard screw so you certainly wouldn't find it on the shelf down at B & Q. However it's such a simple item that any small machinist could knock a few up on a lathe for about 2 quid each and in quantity the price would probably drop to just pence each. Read on for the actual price charged. 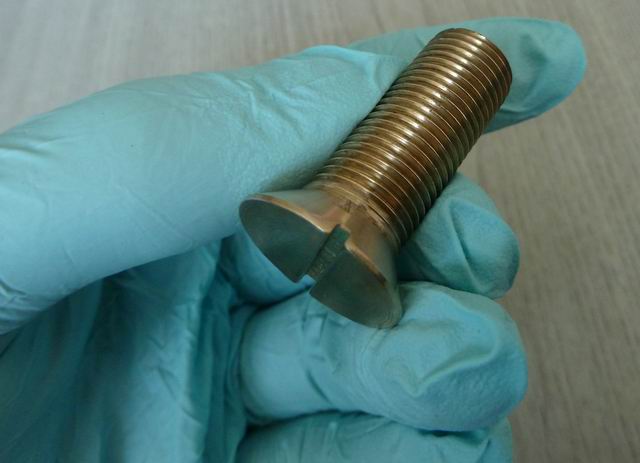 Defence spending - down at the nuts and bolts level 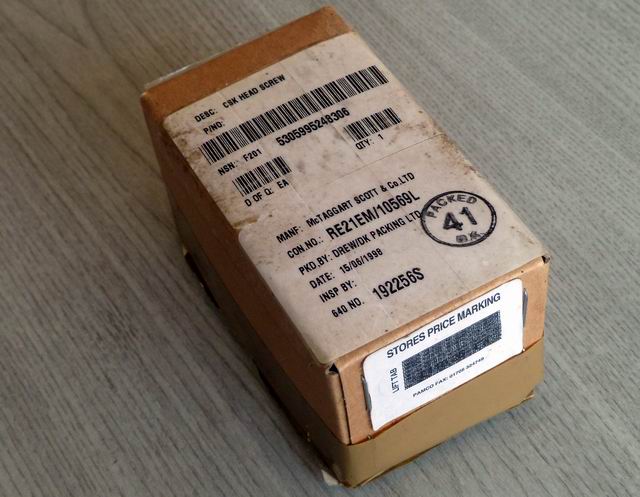 How it arrives. So you just open the box then? 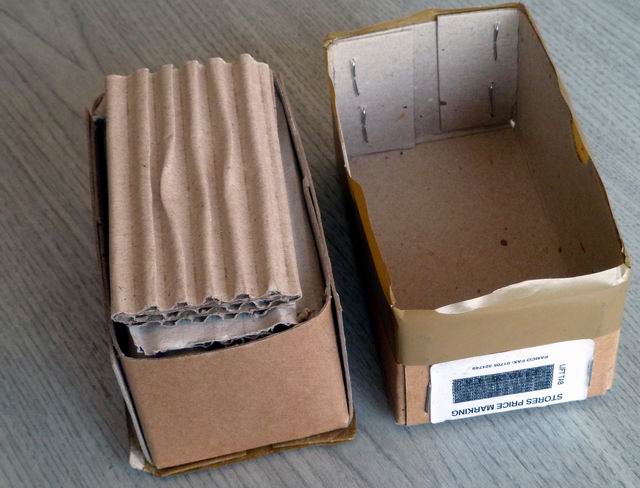 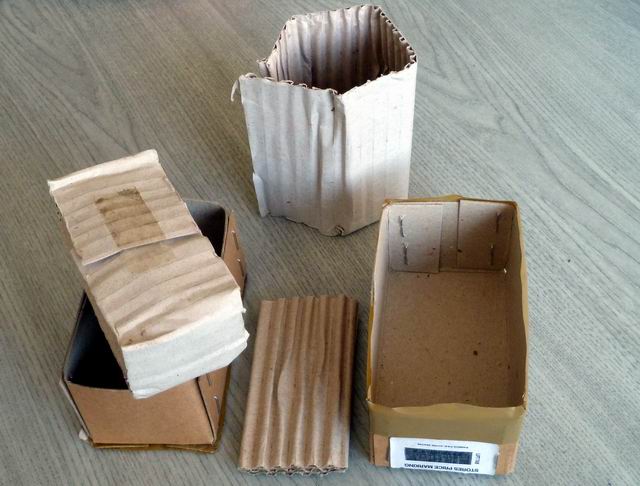 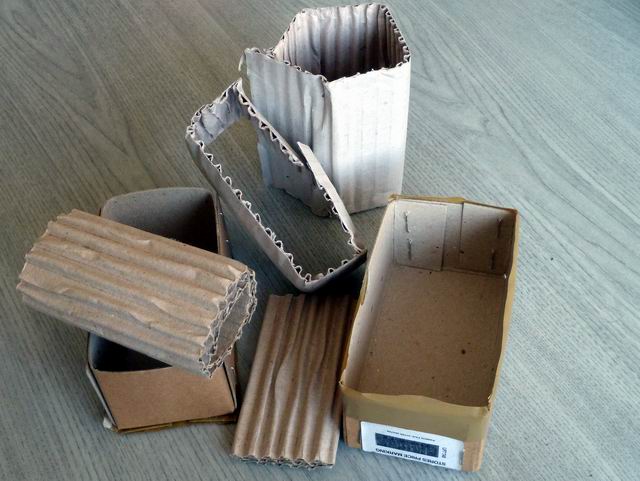 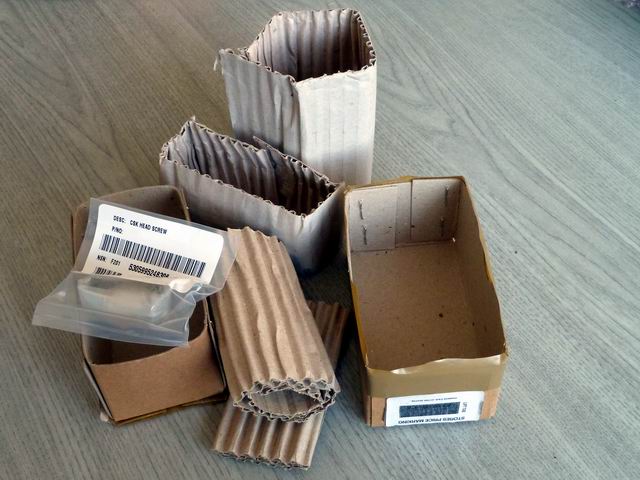 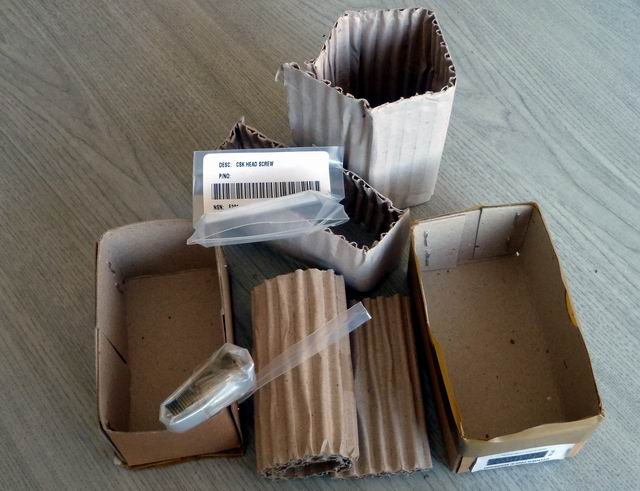 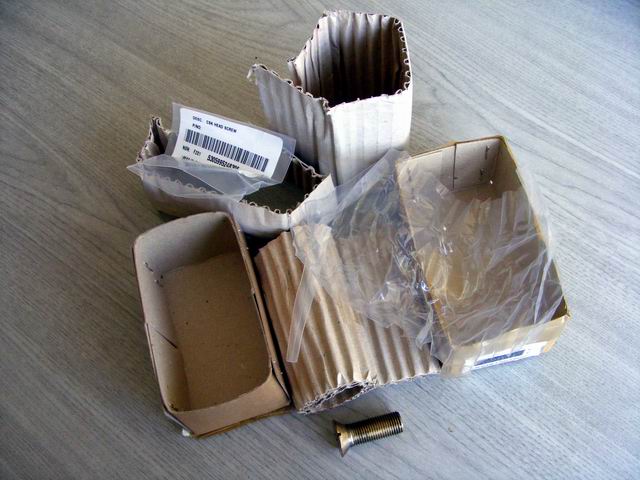 Supermarket packagers eat your hearts out 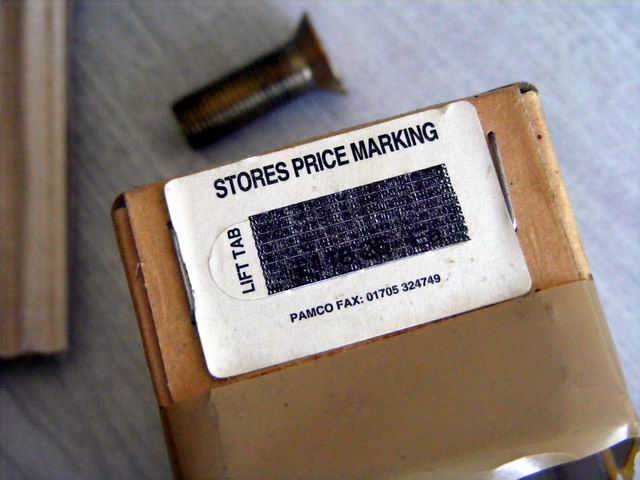 Now for the shocker - the price is, wait for it... 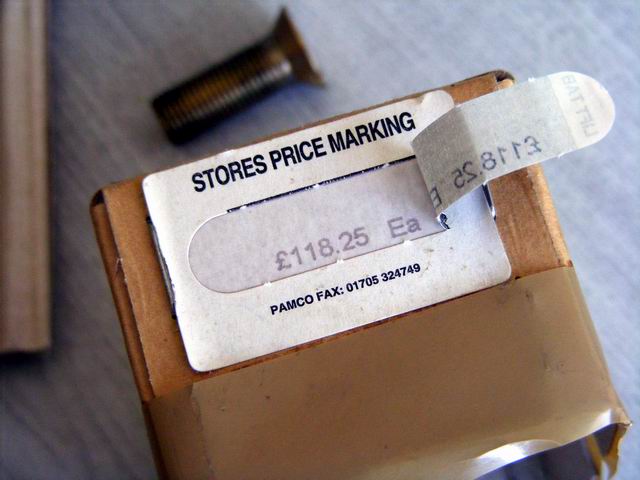 Conveniently, the price is marked on the external packaging of some of this military equipment - presumably to encourage the workers to treat the stuff with a little more respect. For this simple screw, the price is a staggering £118.25! I guess the 25 pence is added just to make it seem like some serious thought went into setting the price. Now let's just see this in perspective. For about the same money you can buy from Dixons a nice flat screen TV with built-in DVD player. Consider that the TV will be made up of hundreds of carefully manufactured and assembled components, many of them such as the LCD screen itself and the silicon chips are really very hi-tech. Can't really say the same about our brass screw though can we? Maybe they justify the price by the ridiculous amount of packaging that makes even supermarket produce seem quite sparsely wrapped by comparison. And of course this is just one example out of many absurdly priced military items that I've come across. Perusing through the lists for an auction of mostly never used military surplus is quite an eye opener into the sheer scale of MOD waste. A simple one ended cable with plug that would cost £30 or so to solder up, originally cost the MOD £1500. They are charged several pounds each for rubber sealing rings that cost pence in car accessory shops. Now consider multiplying all these grossly over-priced items up to build an entire aircraft carrier with a parts list of millions of components and then the extent of the rip-off really hits home. Being a defence contractor such as McTaggart Scott & Co Ltd must be like having a license to print money as they can clearly make up pretty much any price they want. What is even more extraordinary is that no one working inside the MOD should ever think to question or challenge the prices that the contractors are charging - the inflated prices must have become completely normalised in this secretive government department.

The whole "defence" industry is totally immoral for continuously developing ever more efficient and expensive ways to kill and maim foreigners. It ransacks developing countries by flogging them deadly weapons with which to fuel wars that maintain dictators and wreck the lives of civilians. The industry also has absolutely no scruples about ripping off tax payers to an outrageous extent. Hardly surprising that the UK has less money to spend on socially useful projects compared to other countries. The real mystery about all this to me to me is, how the fuck do the contractors keep a straight face when they send off the invoice?