"Do you think that paying an arms manufacturer £150 million to run a census is a good idea?" "How do you feel about being legally obliged to give your personal data to international arms dealers?". These are the questions we should be asking... 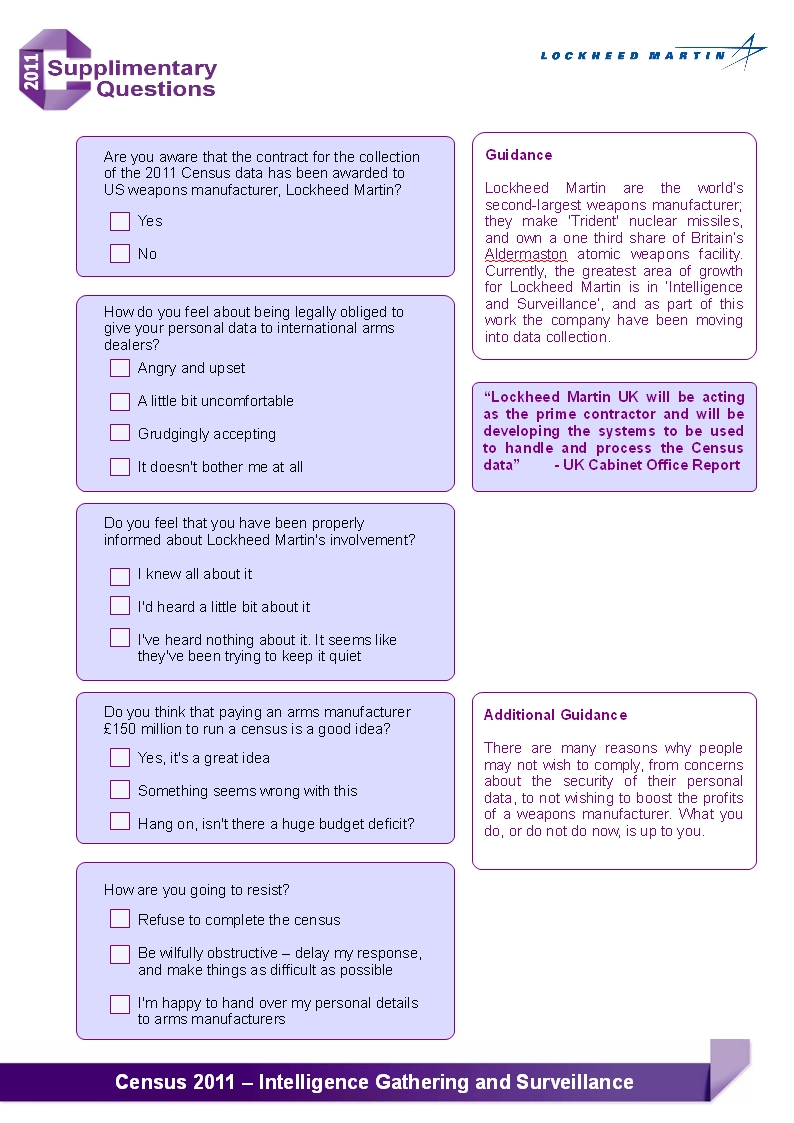 Folks! You are probably already aware that the census in England and Wales, happening in the next couple of weeks, is being run by part of American weapons manufacturer Lockheed Martin. They make Trident missiles, warplanes, bombs, and own a major part of AWE, the UK atomic weapons facility.

There hasn't been a lot of mainstream publicity about Lockheed Martin's involvement in the census. Please free free to print and distribute the attached publicity in your local area, (edit as required) to raise some awareness. Copies in various formats are linked to below (jpg, pdf, odp).

It is up to individuals to decide whether they wish to take part in the census, but they should be aware of who they are supplying the information to. 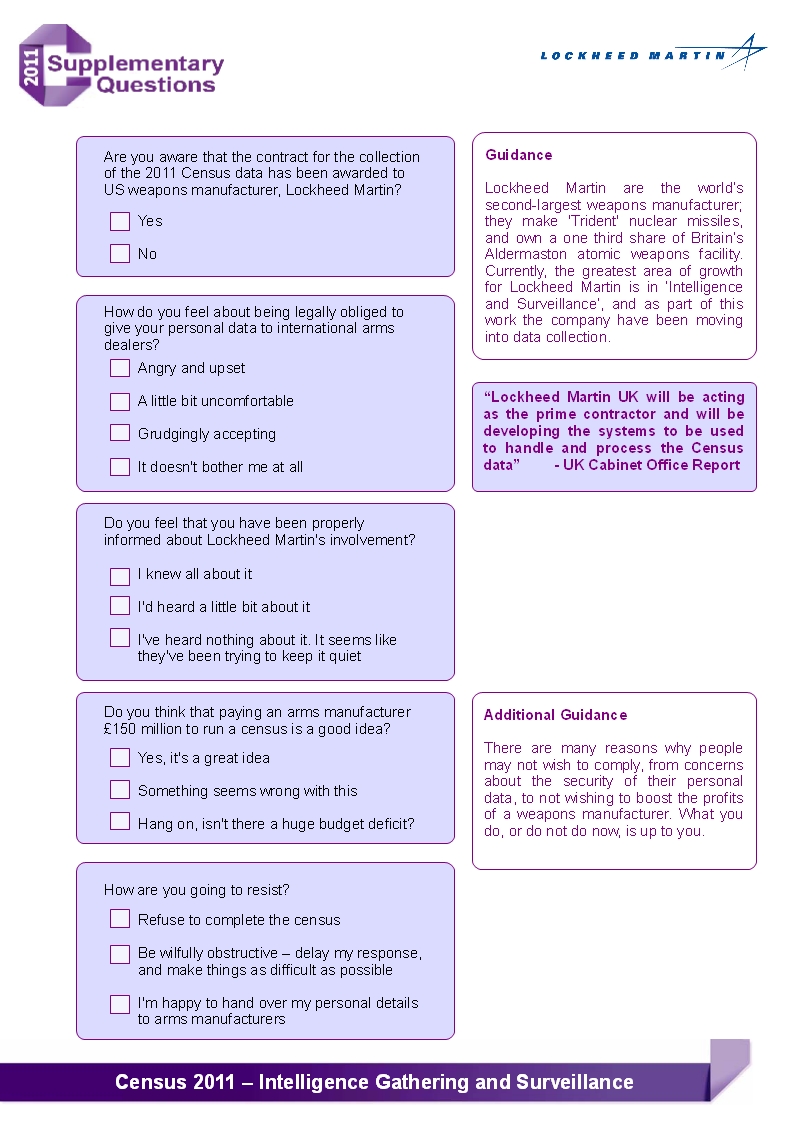 Thanks to Spelling Nazi (the best kind of Nazi) - I've corrected the spelling and reattached.

Thanks to Researcher for research.

Thanks to all the folks all who are helping out with deliveries - over 600 copies through letterboxes in the last two days, and counting.