A report from Gareth from London Truth Action

http://londontruthaction.org on the second civil disobedience for 9/11 Justice at Downing Street. A report of the first action + an interview with Gareth 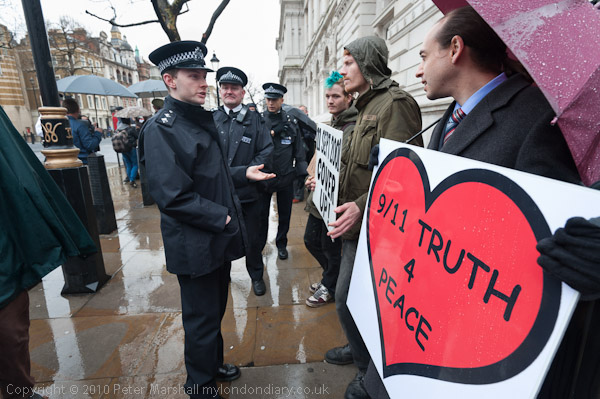 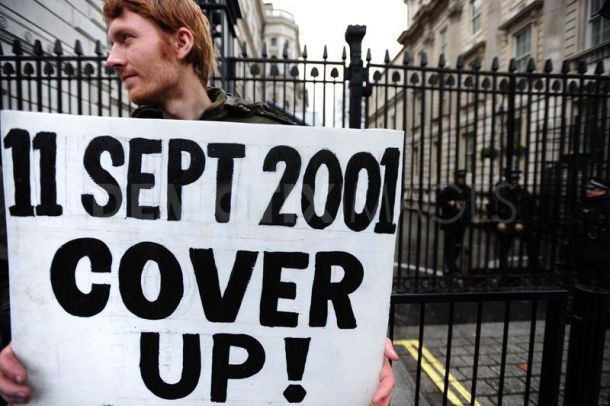 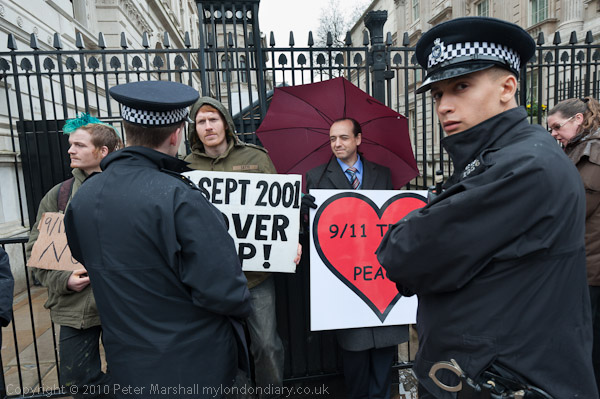 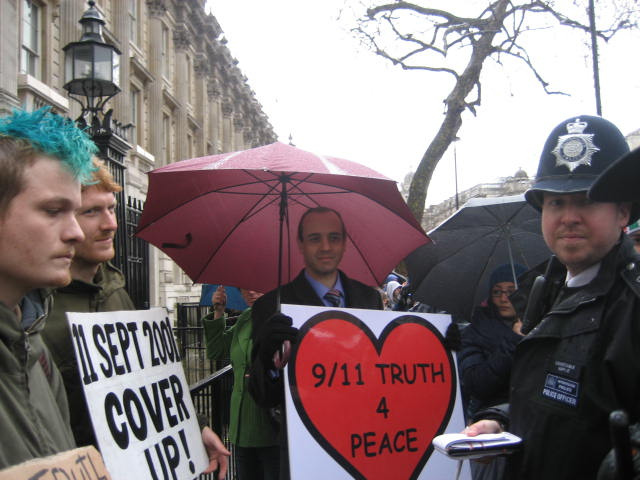 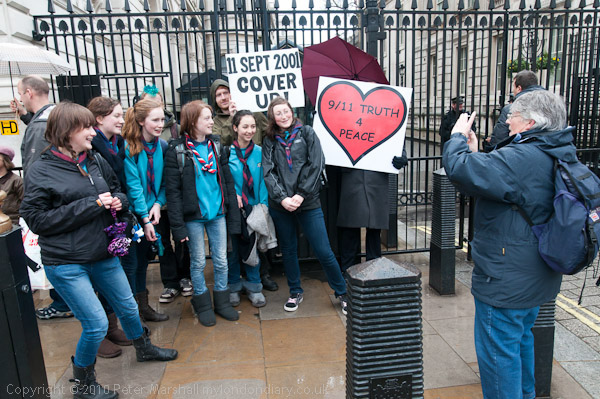 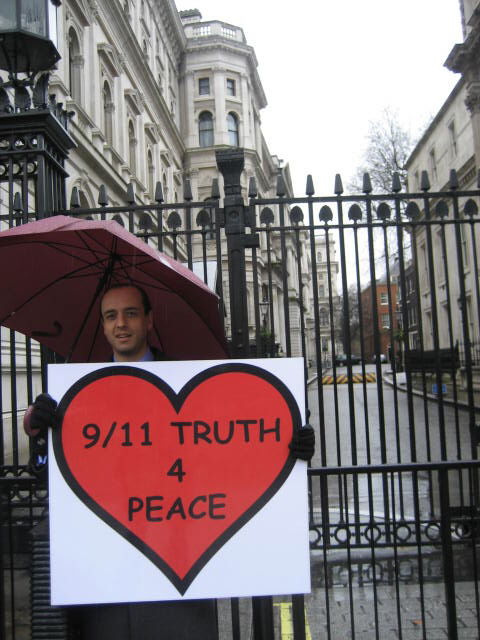 http://911truthnews.com/civil-disobedience-at-downing-street-for-911-justice which was organized in solidarity with Jon Gold's action in Washington D.C.

http://911truthnews.com/civil-disobedience-at-the-white-house-for-911-justice-2, a second action was held on the 26th February.

After meeting at 12pm near Trafalgar Square we headed down Whitehall to Downing Street and took our positions outside the gates of Downing Street. On one side of us was a constant stream of photo-taking tourists and on the other 3 machine gun-toting policemen.

The effects of 9/11 on civil liberties can in fact be directly experienced when taking part in this sort of action, as since 2005 any form of demonstration within this area of London without approved consent from the Metropolitan Police is illegal. Section 132

http://www.legislation.gov.uk/ukpga/2005/15/section/132 of the Serious Organised Crime and Police Act 2005 allows the police to impose conditions on demonstrations and arrest unauthorised protesters within 1km of Parliament including Downing Street.

After this legislation was passed by British Parliament, the environmental and political activist George Monbiot commented

"The measures that the government claims are meant to stop fake butlers breaking into royal palaces and to prevent the lone anti-war protester Brian Haw from camping on the pavement in Parliament Square also have the effect of banning any spontaneous protest outside parliament or in Trafalgar Square, and of permitting the home secretary to ban demonstrations in places "designated" by him to be "in the interests of national security". Which means they will be used to prevent protests at airbases, arms exhibitions, government buildings and anywhere else of symbolic or practical importance."

Such protestations, however, have little impact in post-9/11 Britain, no matter how eminent or well-respected the mouth from which they emerge.

Back to the pavement outside downing street on a rainy February afternoon:

Within a few minutes of arriving at Downing Street we were approached by one of the Downing Street police officers who told us we couldn’t do what we were doing. After respectfully informing him that we were planning to stay he 'radioed in' and after a short while two more officers attended the scene. They advised us that that we weren’t allowed to do be outside Downing Street and asked us to move on. We peacefully declined their offer.

The rest of the afternoon saw further and more senior officers being called upon to attend the scene, including an Inspector, a Special Sergeant and the Head of Events for the Metropolitan Police Westminster. Citing Section 132 of the Serious Organised Crime and Police Act we were warned that if we didn’t leave we would face arrest, a £200 fine and a day in court.

After the events of 31st January, we were expecting to be arrested relatively quickly. Instead, 3 and half hours after we started, the 2 officers who’d been waiting 10 metre’s away since we began walked over to us with some news. They produced a ‘processing form’ and explained how they’d been issued with an order to take our contact details. If upon reviewing the case they decided to investigate this further, they would be in contact. So a few minutes later they walked away with our details, which actually amounted to our names and email addresses.

One hour later at 5pm we decided to end the action. Although it didn’t turn out quite as expected we were pleased to have maintained a presence outside Downing Street for most of the afternoon. Thousands of tourists and passers by saw our signs, many of them took pictures. Rabbit remarked that it was by far the most relaxed and calm action he’s ever been on. Maybe that had something to do with Douglas's '9/11 Truth 4 Peace' sign? Maybe we were witnessing political policing? With the recent popular civil resistance

http://en.wikipedia.org/wiki/Civil_resistance in the Tunisia and Egypt maybe PM David Cameron has to be seen to allow peaceful protest as any police intervention, with pictures like those from 31st spelling a PR nightmare? Either way we are not going away.

Our next Civil Disobedience for 9/11 Justice will be Saturday 19th March.

If you want to join us, please do.

We will be meeting at 12pm at the Charles I roundabout below Trafalgar Square and soon after heading to Downing Street.