Whenever a natural disaster occurs - be it a hurricane, an earthquake or tsunami - the immediate impact is horrible enough. But the extent of the crisis which develops out of it is something else altogether, and it always reveals stark truths about the capitalist system. 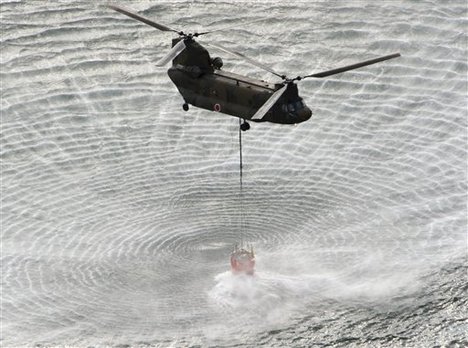 When Hurricane Katrina hit the US in 2005, two thousand were killed, and more than a million were displaced. Perhaps most infamously, for many days twenty thousand were left to rot in the New Orleans Superdome. Of course, the intense flooding of the Mississippi had only occurred because officials had continually ignored warnings that a major hurricane would breach the levees. Government unwillingness to spend money satisyfing poor people's needs was the root cause of the humanitarian catastrophe.

Just last month, many New Zealanders were left devastated when a 6.3 magnitude earthquake struck in Christchurch, the nation's second most populous city. Weeks later, Christchurch residents were complaining bitterly that they lacked basic services, such as water, sanitation and power. Again, the government was almost indifferent to the suffering of the immense majority.

But the horrors of the Japanese earthquake and tsunami reveal something else about the capitalist system: it will even play fast and loose with nuclear power. The Fukushima Daiichi reactors currently being drowned in sea water by the Japanese military have 'Mark 1' containment vessels, which are apparently substandard, but far cheaper than 'Mark 2' vessels. 'Mark 1' has been known to be deficient since the 1970s, when Stephen Hanauer of the US Atomic Energy Commission declared that they should be discontinued due to "unacceptable safety risks". Radiation leaks have been measured at 1 millisevert - ten times the yearly dose correlated with a 1 per cent rise in cancer cases.

Japan has long relied on nuclear technology for much of its power, because it lacks the fossil fuel resources that many countries use. When oil prices started rising in 1973, Japanese politicians decided nuclear was a better bet, allowing the Japanese ruling class some independence from possible rivals.

I have long argued that "the only way to create a sustainable future for our species is to have a working class-led revolution." I don't have enough scientific knowledge to express an opinion on whether nuclear power could ever be safe, and I have seen arguments on both sides. However, if there are to be nuclear power stations, they should be made as invulnerable as technically possible, and quite obviously should not be situated in a regionthat is particularly prone to earthquakes.

The chaos unfolding in Japan right now is the chaos of the 'free market' - with bargain basement nuclear technology being used in what was very obviously a dangerous place for it to be. Energy production must be organised on a rational, and international basis, and for that we need to abolish the profit system.