This morning, Shell's minions were successfully prevented from carrying out survey work at the Glengad site! 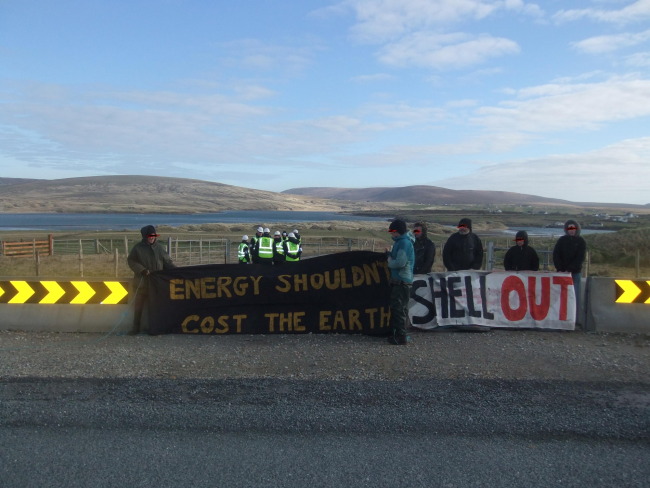 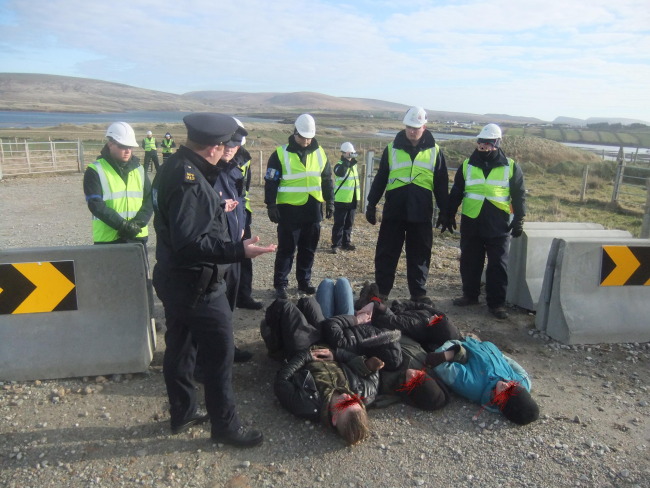 "Is there a problem here?"

The site was initially blockaded with a re-enforced banner but, after a quick scuffle, IRMS security thugs tore the banner from the campaigners' hands and attempted to take it hostage. Thinking quickly, the group lay down on the ground in front of the entrance and linked arms. This successfully prevented work from starting for nearly three hours, causing much disgruntled announce amongst Shell's 15 intellectually challenged hired mercenaries.

Today's blockade has been the most successful this year and, with work on the camp already begun, the anti-sHell resistance is preparing at break neck speed for a summer of chaos and disruption!

After the success of last weekend's camp building event, another one has been organized for this Saturday and Sunday (the 26th and 27th of March), why not come down and get involved?

For anyone thinking about visiting the area, or coming down this weekend to help build the camp, get in touch with the camp at