You didn’t have to be clairvoyant to foresee what I wrote with great detail in three Reflection Articles I published on the CubaDebate website between February 21 and March 3: “The NATO Plan Is to Occupy Libya,” “The Cynical Danse Macabre,” and “NATO’s Inevitable War.” Not even the fascist leaders of Germany and Italy were so blatantly shameless regarding the Spanish Civil War unleashed in 1936, an event that maybe a lot of people have been recalling over these past days. Almost 75 years to the day have passed since then, but nothing that has happened over the last 75 centuries, or even 75 millenniums of human life on our planet can compare. 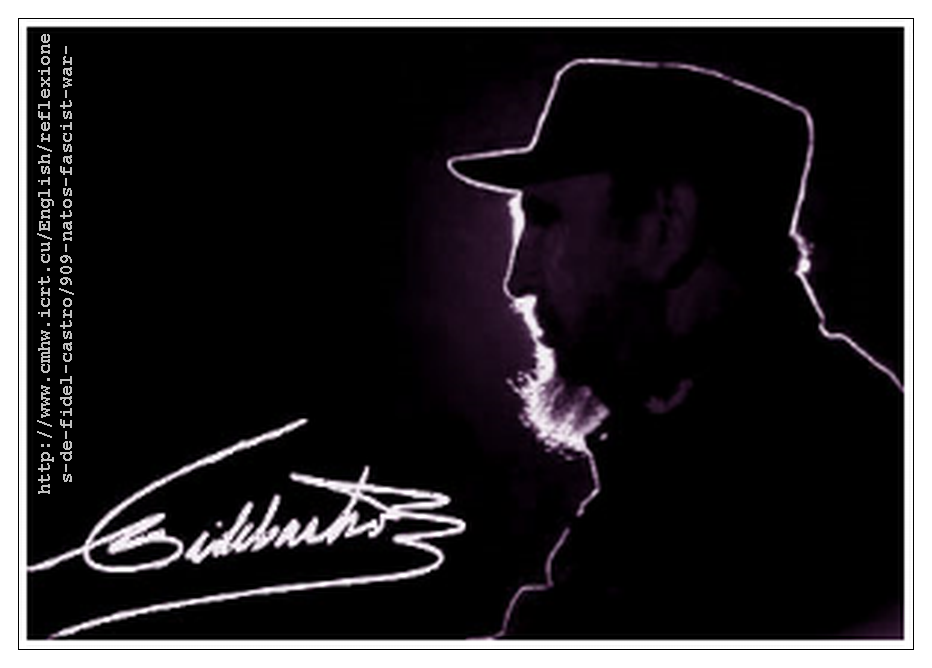 Sometimes it seems that those of us who serenely voice our opinions on these issues are exaggerating. I dare say that we have actually been naive to assume that we all should be aware of the deception or colossal ignorance that humanity has been dragged into.

In 1936 there was an intense clash between two systems and ideologies of more or less equal military power.

The arms back then seemed more like toys compared with today’s weapons. Humanity’s survival was not threatened despite the destructive power and the locally lethal force deployed. Entire cities and even nations could have been virtually destroyed. But never was the human race, in its totality, at risk of being exterminated several times over for the stupid and suicidal power developed by modern science and technology. ...... Fidel Castro Ruz, 28 March 2011 ........ M O R E: ..........