Lansley’s office targeted on day of action to defend NHS

Activists have targeted the Secretary of State for Health’s constituency office, on the eve of today’s national day of action to defend the NHS. Andrew Lansley’s office, in Cambridgeshire, was broken in to, with ‘Hands Off Our NHS’ spraypainted on the building. 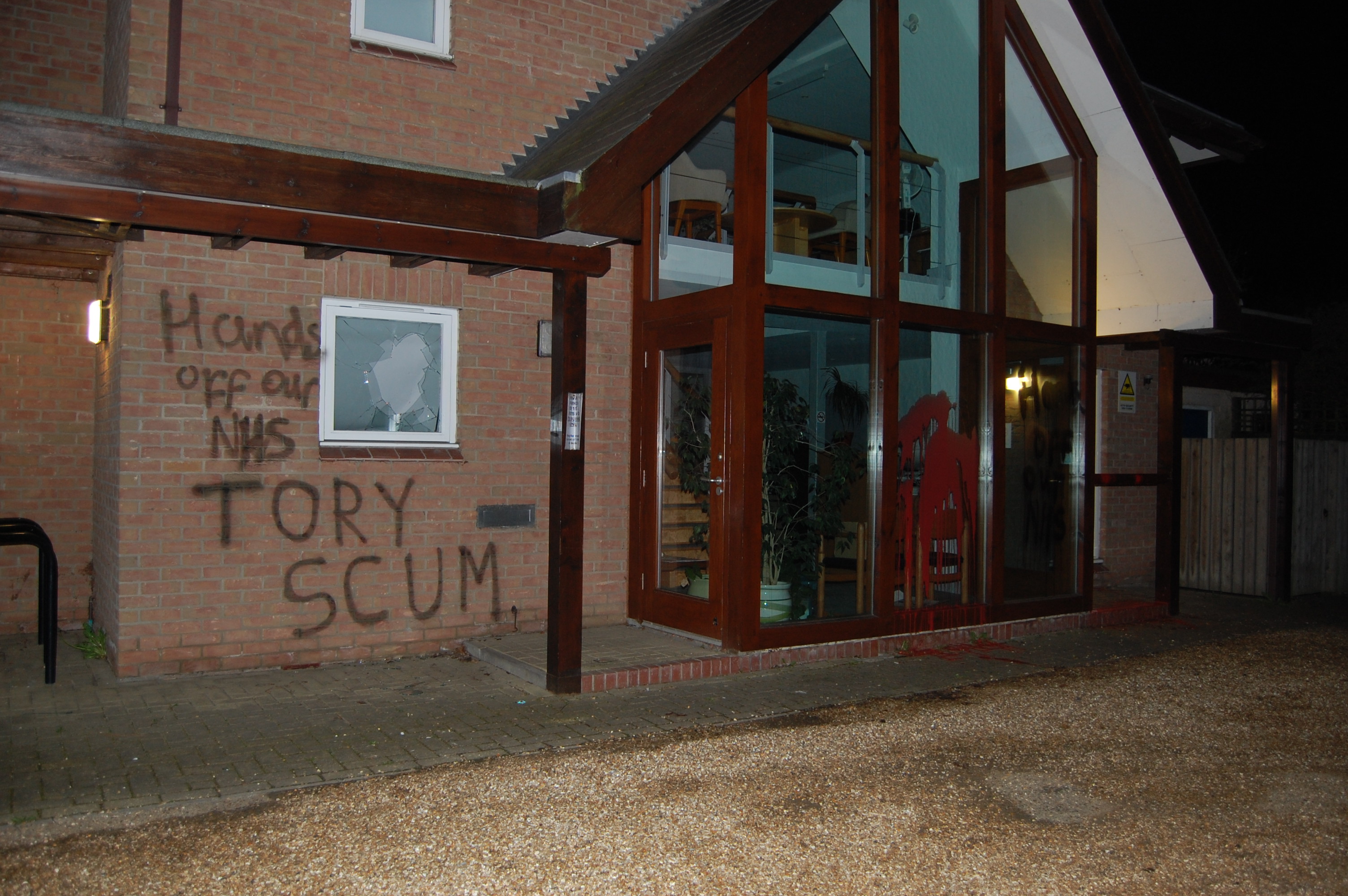 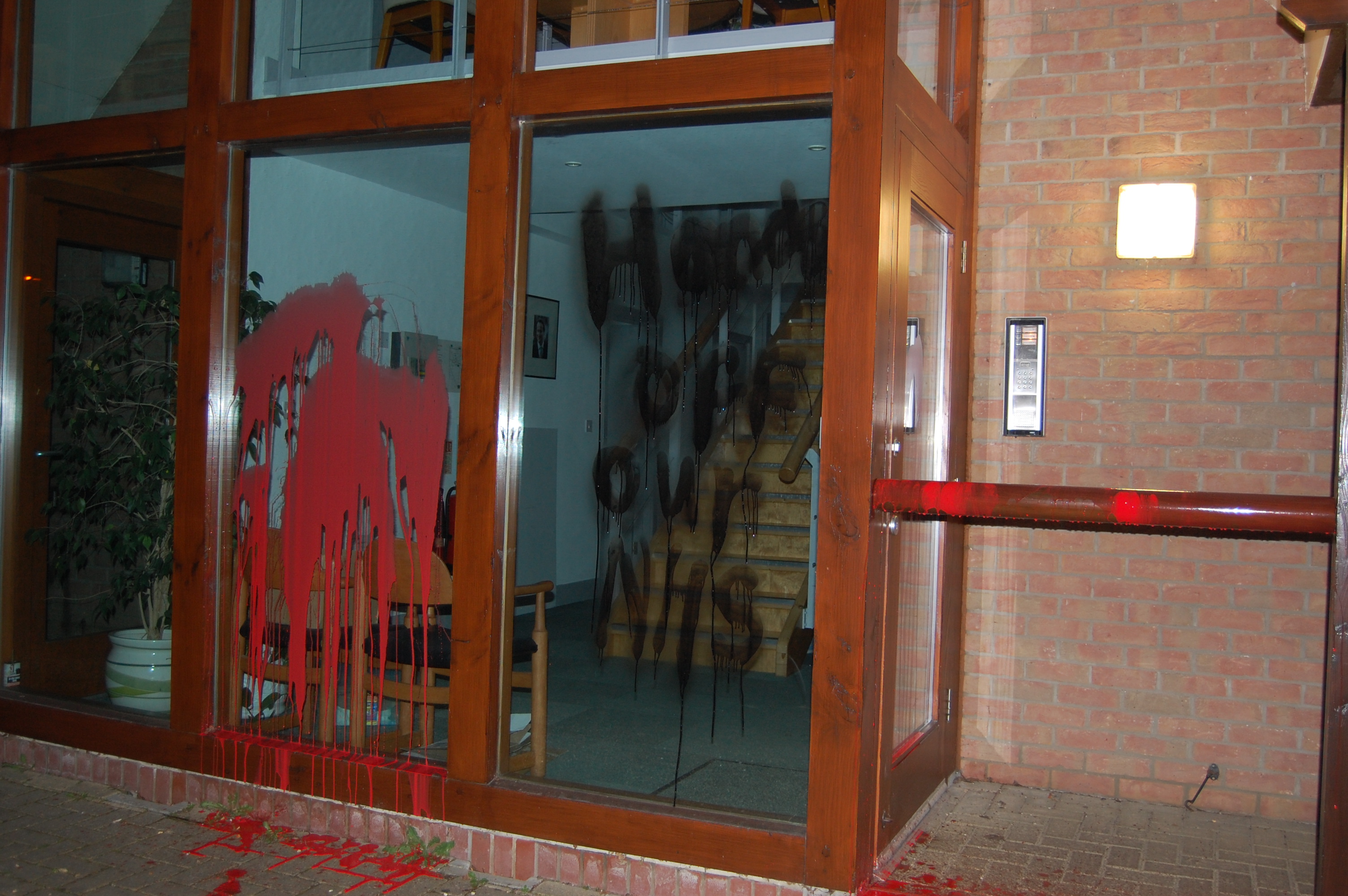 Lansley’s plans to enforce competition within the National Health Service at a time in which it faces a £20 billion cut in funding are coming under huge amounts of pressure. They have been criticised by the British Medical Association, and the Royal College of GPs for opening the door to a two-tier system, and to wholesale privatisation further down the line1. The cuts, which the Tories vocally condemned when in opposition, have already resulted in 54,000 job losses.2 The radical changes to NHS organisation were not mandated by the General Election promise of no more top-down restructuring of the NHS, and are encountering significant resistance throughout the medical establishment, as well as through the numerous local protests against the closure of hospital wards.

Cambridgeshire is home to Hinchinbrooke Hospital, the UK’s first fully privatised hospital, which is being taken over by Circle Health in June.3 Many other hospitals are also under threat from privatisation, while subcontracting out to the private sector is driving down standards and quality, with longer waiting lists and more people denied surgery.

The protestors left a letter to Lansley demanding to be treated as patients and not as consumers. One participant said “The government are using the budget deficit as an excuse to destroy our hard-won social protections while corporation tax gets cut. We are taking action alongside hundreds of thousands of public sector workers preparing to go on strike to fight the government’s concerted attack on the welfare state”.