At 7am this morning a group of people entered Shells land in Aughoose. 2 people attached themselves together using a concrete tube blocking Shells new bog mat road that runs through their compound. The blockade lasted 11 hours and was followed by a spontaneousness action that stopped work for a further hour. 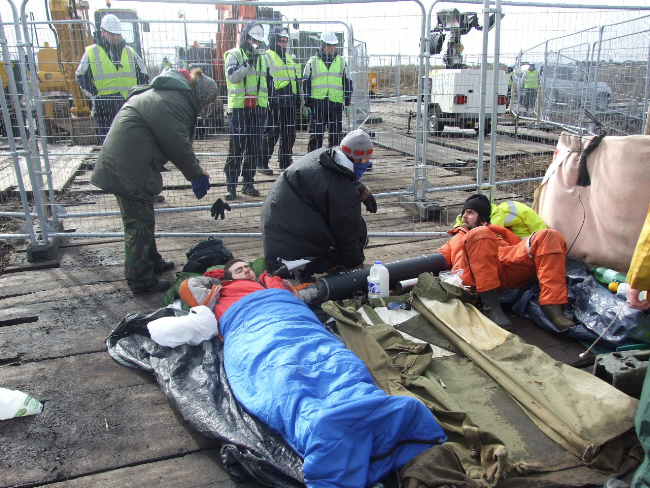 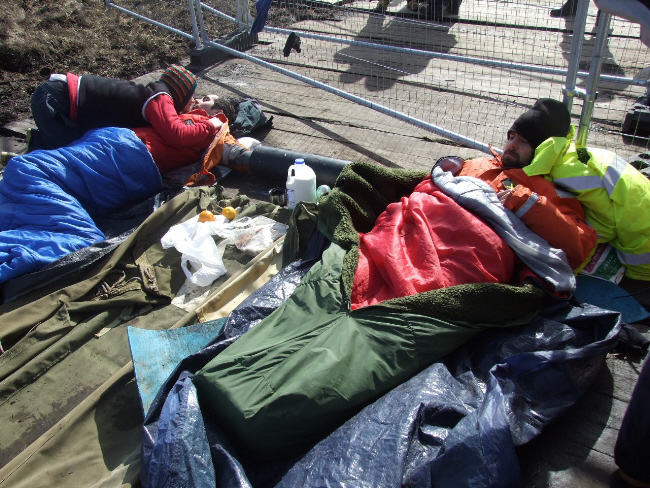 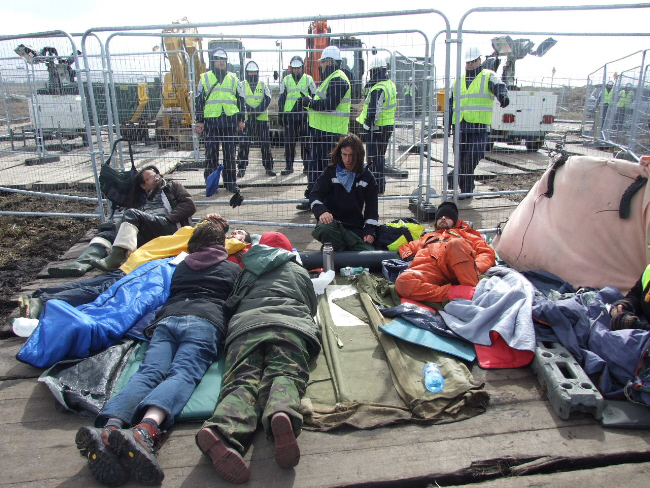 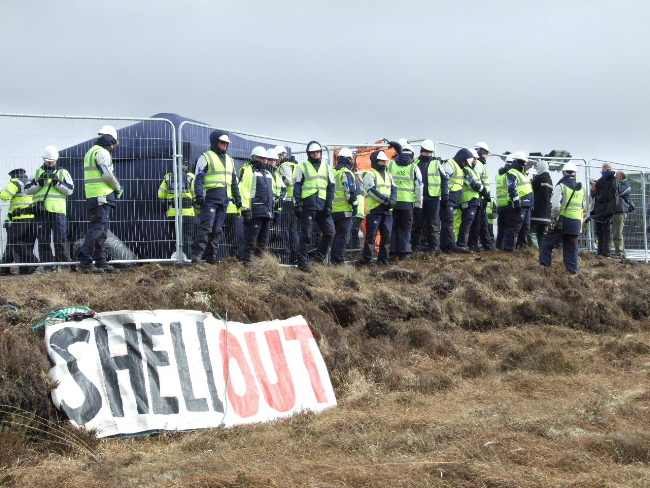 Another day another successful action against Shell. It started out at 7a.m as two protesters lay down onto bog mat's in order to provide a road for Shell's work down to the estuary. Despite the mornings gale winds and rain but the protest went on regardless.
The activists locked their arms together through a tube made of plastic pipe, weighted down on the inside with concrete. Within the hour the gardai had arrived but chose not to move the protesters and left them to continue the blockade.
By 9a.m the sun came out and through the morning and afternoon spirits were high as it became clear that work would be stopped for the day. The activists were kept warm and sheltered by the support team who dried out their blankets and mats up against the Harris fencing surrounding the compound.

After 11 hours the protesters were eventually removed by IRMS security who cut open their arm tube and handed them over to the guards.
The arrest was followed by a spontaneousness protest where people lay down in the road and prevented Shell from moving any machinery out of the compound.

Protests and interventions will continue every day from now on, come up & support!
The Rossport Solidarity Camp will be running a direct action training this weekend, Saturday 9th- Sunday 10th April, email