The latest Social Weather Station (SWS) survey showing an increase in hunger is a major concern that must be taken seriously and not brushed off in a squabble over statistics. According to the March 4-7 poll 20.5% of respondents -- or an estimated 4.1 million families -- have gone hungry at least once in the past three months. This is up from the estimated 3.4 million families recorded in November 2010, i.e., almost one million extra families are going hungry today due to poverty. Along with the other examples of poverty and marginalization – such as the shocking deaths of up to 30 people in Palawan, including children, due to easily preventable ailments such as diarrhea – this demonstrates that the situation of the masses is deteriorating. 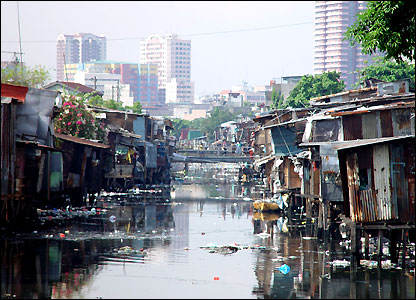 What is equally of concern to us is the response of President Noynoy Aquino: his expression of disbelief at the survey results. According to the President the figures are skewed because the impact of the conditional cash transfers (CCT) measures of the government implemented in Visayas and Mindanao, have not been reflected in the survey.

Bickering about statistics when people are going hungry does not do justice to a government that claims to be serious about reducing poverty. The fact is that wide-spread poverty, and related hunger, continues to exist and is the most serious socio-economic problem that the country faces today. We don’t need statistics to tell us this. The masses know this and we experience it in our daily lives. The deteriorating situation of the masses and the seeming inability of the government to reverse the trend represent the failure of the government to carry out its promise of poverty reduction during its first year in office.

The President refers to the CCT program, but CCTs are specific measures used to address some aspects of poverty and are usually short-term, implemented during periods of crises (and even on this score they’re effectiveness is debatable). CCTs are not development programs and cannot substitute for comprehensive development and poverty reduction strategies. The fact that the President can only point to the CCT measures is an indication that the government has no meaningful development program and strategy to address poverty. This is a major concern.

This is no time to squabble over statistics. We needed far reaching reforms and strategies – at least 12 months ago. Without meaningful measures and reforms the situation for the masses will continue to worsen, and poverty and hunger will increase. The President must put forward a concrete development plan. The President must have a clear strategy for poverty reduction and must have the political will to implement them. At the heart of such a strategy and plan should be far-reaching measures for job creation for the country’s citizens – not CCTs. There is no time to waste. The people are hungry and are getting desperate. A first step to providing the masses with immediate protection against sliding further into poverty would be for the President to mandate a meaningful increase in the minimum wage for all workers.

Preventable child deaths in Palawan: What happened to the CCT program?

According to the latest reports at least 30 people, mostly children belonging to a Palawan tribe, died in what health authorities suspect to be an outbreak of cholera due to contaminated water. At least seven out of every ten dead were children under five years of age. The tribal community struck by suspected cholera live in Bataraza town.

“We were told that the conditional cash transfer (CCT) program would reach out to communities such as these, and provide households cash and other services for health and nutritional expenses. Palawan is also supposed to be one of the 20 poorest provinces in the country where the CCT program is being implemented. In fact the province has been described as a Set 2 beneficiary area, where the CCT program was started in April 2009 under the Arroyo administration and has been continued until 2014 under the government of President Noynoy Aquino. It was supposed to address poverty and improve the health of precisely these types of poor and marginalized communities. If the CCT was really effective, why should such disasters happen?” Emma Garcia, spokesperson for PLM-Women queried?

“We want some clarification on this from the DSWD Secretary Dinky Solliman and other agencies concerned with the implementation of the CCT program. Was the CCT program implemented in these areas affected by the cholera? If not, why not? If so, what are the results? Why wasn’t this epidemic prevented?”

That children are dying due to preventable ailments such as diarrhea is an outrage that’s happening in 21st century Philippines. And the fact is that this is not an isolated incident. According to UNICEF Philippines, the UN organization mandated to work for children’s rights, diarrhea is a leading cause of under-five deaths in the country, responsible for almost 10,000 deaths per year.

“We call on the government of President Aquino for action, not mere words and sweet talk. Increase the health care budget now, establish a system of universal health care, and push for the immediate passage of the RH Bill which will save mothers and childrens lives”, Emma Garcia said.

Party of the Laboring Masses (PLM)