Victims of BAYER Contraceptives to appear at Shareholder Meeting

Several victims of contraceptive pills are to speak at the BAYER shareholder meeting, which takes place in Cologne/Germany on April 29. About 4,000 stockholders and the BAYER board will participate. Last year BAYER generated sales of 1.65 billion Euro from its contraceptive products. 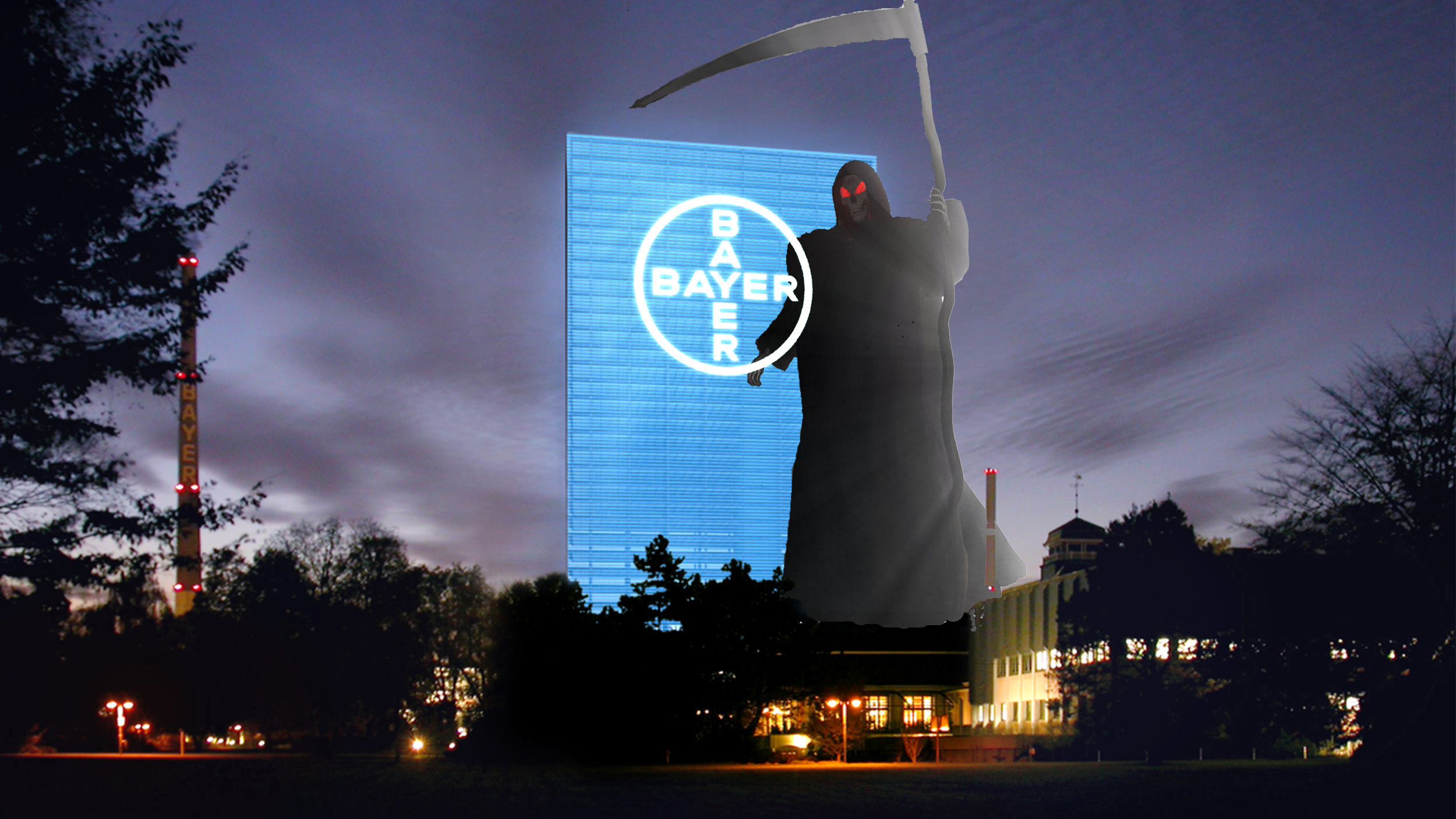 Several victims of contraceptive pills are to speak at the BAYER shareholder meeting, which takes place in Cologne/Germany on April 29. About 4,000 stockholders and the BAYER board will participate. Last year BAYER generated sales of 1.65 billion Euro from its contraceptive products.

Use of the oral contraceptive pills Yaz, Yasminelle and Yasmin, containing the hormone drospirenone, is associated with markedly higher risks than older products. There have been many cases of severe harm to health such as thrombosis, embolism and stroke, in many cases resulting in death. These risks are not mentioned at all in BAYER’s advertising.

Philipp Mimkes from the Coalition against BAYER Dangers says: “It is outrageous that new contraceptives are more dangerous than old ones, just to increase sales with promises such as “weight loss” and “effective against acne”. This has led to avoidable harm to human health and even to deaths. The BAYER Board of Management holds responsibility for this.”

In late January, another young woman – a 21-year-old from Austria – died after taking Yasminelle. Tragically, the contraceptive pill had been prescribed for weight loss. She was not aware of the elevated risk. Although doctors were immediately on hand, she died as a result of an embolism.

New data on these products from the U.S. regulatory authorities show that the number of severe side effects and deaths is much higher than previously assumed. Over the past 10 years, the Food and Drug Administration (FDA) has registered approximately 10,000 reports on contraceptive pills and last summer made them accessible for the first time. According to these reports, 190 women have died after taking Yasmin or Yaz in the United States alone. Some 7,000 lawsuits are currently pending against BAYER in the US.

In spite of this, BAYER launched a real marketing firework last autumn to mark the 50th anniversary of the contraceptive pill. Among other things, a mobile exhibition was designed, gala events were conducted in several countries and a Facebook campaign was launched. Here too, the “beauty effect”, the “feelgood factor” and the alleged “figure bonus” were praised.

The Euras study cited by BAYER, designed to demonstrate the alleged safety of Yaz/Yasmin, was sponsored by Schering – today part of BAYER – and performed by a Schering employee. Independent scientists have reached completely different conclusions. Two studies published in the British Medical Journal last year show that pills based on drospirenone, such as Yasmin, are associated with a roughly 80% greater risk of thrombosis than older products. The additional risk of these products cannot by any means be justified, because older products are equally effective at contraception.

The situation is only slightly better for the hormonal intrauterine device Mirena. More than one in ten of all users suffers from severe side effects such as depression, ovarian cysts, acne and migraine. In addition, there is a suspicion of an elevated risk of breast cancer. The Mirena website only mentions a fraction of these risks, however – and lists them under the harmless-sounding term “side-effects”. Thousands of women have received incorrect treatment as a result of this inadequate information and the causes of their symptoms often remain undiscovered for years.

BAYER states that the lifespan of Mirena is five years. According to a study published in the journal Gynecological Endocrinology, however, up to 60 percent of women discontinue their treatment prematurely. The study shows that – contrary to the advertising claim “acts locally, therefore well tolerated” – comparable hormone concentrations were found in the blood serum of these women to those found in women taking oral contraceptives.

In the United States, BAYER initiated an advertising campaign for Mirena modeled on Tupperware parties. Promotional teams took part in private events. This campaign was banned by the FDA. The ban stated that BAYER’s marketing “overstates the efficacy of Mirena, presents unsubstantiated claims, minimizes the risks of using Mirena, and includes false or misleading presentations regarding Mirena.” The advertising claim that use of these hormonal intrauterine devices leads to a more satisfying sex life can likewise not be proved, according to the FDA – on the contrary: more than 5 percent complain of a loss of libido. There is also, according to the FDA, no scientific evidence to back up the claim that the majority of users of Mirena “feel great”.

BAYER continues to refuse to publish figures on the frequency of severe side effects of contraceptives – allegedly in order to “not cause concern to the customers.” In fact, the intention is to sweep the negative information under the carpet to avoid jeopardizing sales. The Coalition against BAYER Dangers (CBG) demands mandatory disclosure of all reported side effects and all post-marketing surveillance studies and effective punishments for unfair pharmaceutical advertising. Oral contraceptives that are associated with an elevated risk of thrombosis and embolism must be banned.