World Day for Animals in Laboratories 2011 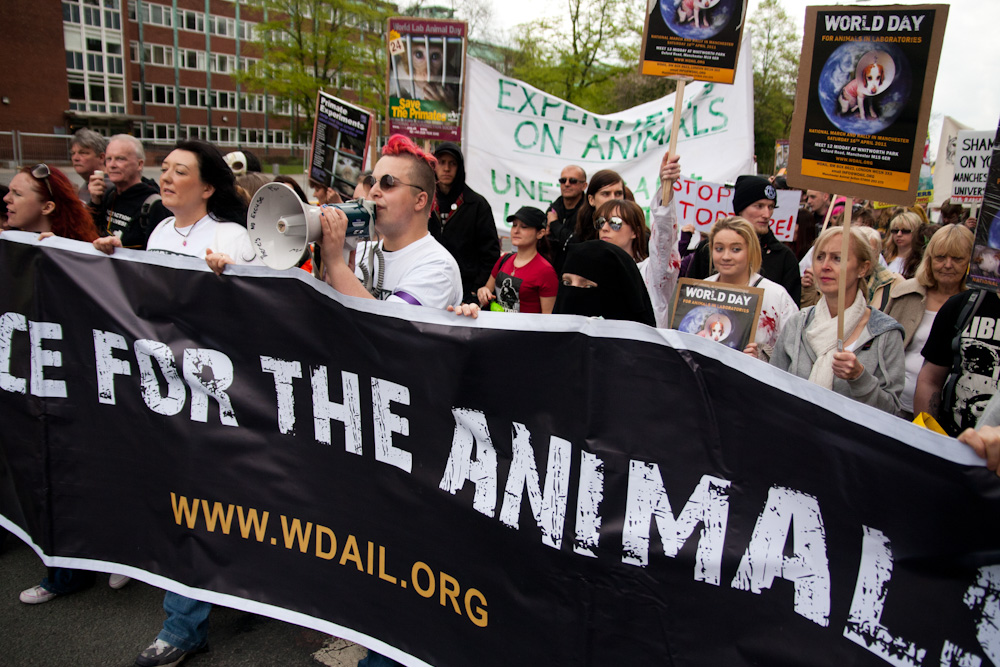 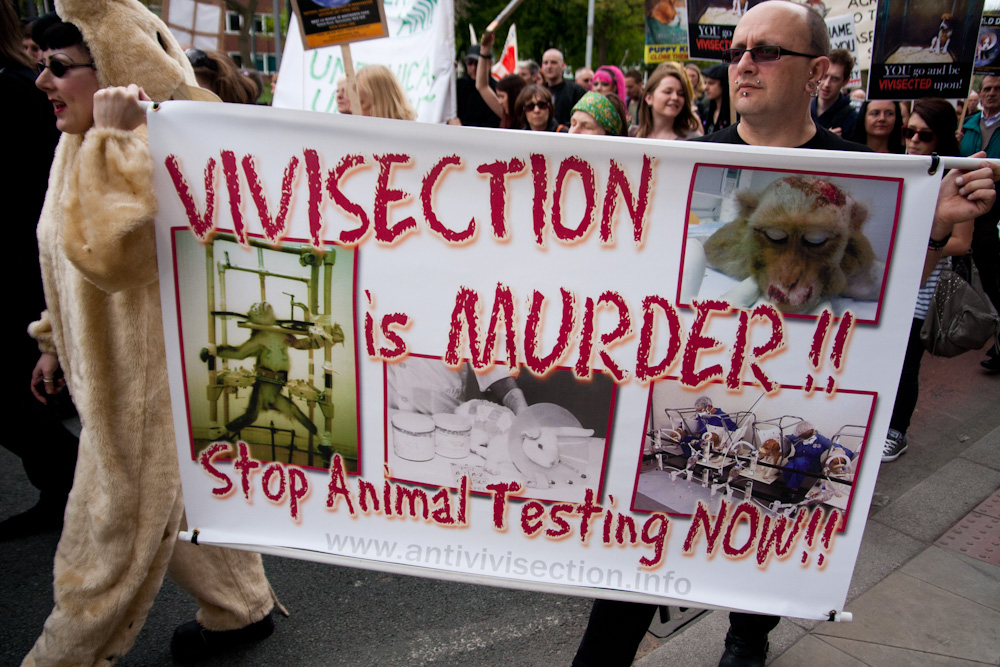 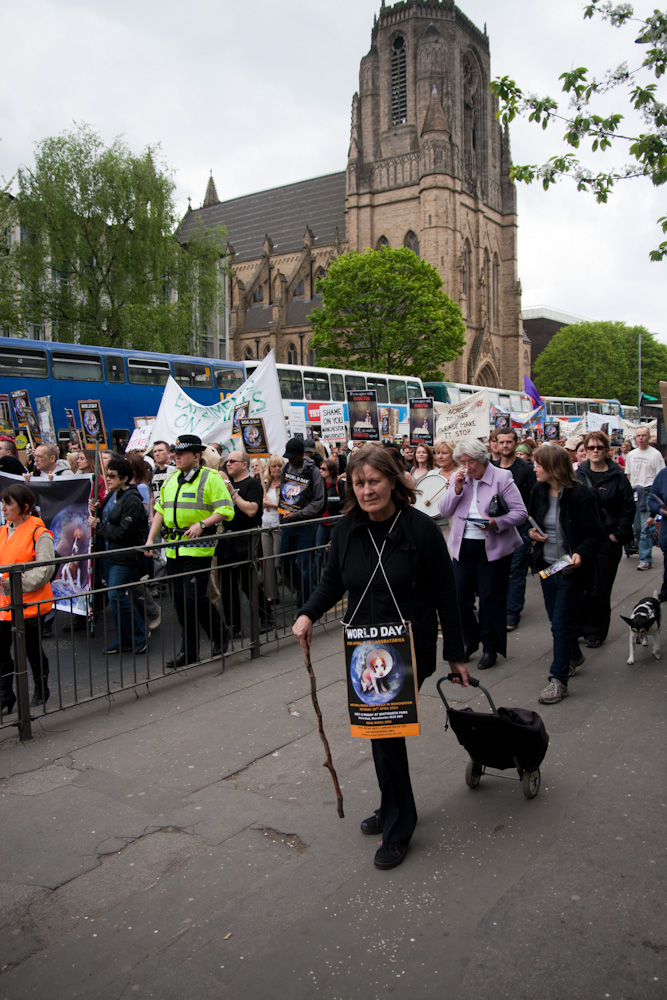 World Day for Animals in Laboratories has long been a compliant A to B march a long way from the militant spirit displayed at the World Days of old. In the 'old days' (and I am actually only talking a few years ago) there was always a spirit of non-compliance and resistance. This spirit fed the movements energy and manifested itself in a movement that was ready for action and ready to be effective.

While resistance on an A to B march is not as effective as covert direct action it not only feeds an attitude that allows other resistance to take place but also is an effective tool as part of a diversity of tactics.

This year in Manchester we began to see a return to this spirit from the young, fresh progressive faces within the movement. Although not everything attempted was successful the spirit is something we need to build on, not just at World Day but through out the movement if we are ever to return to the level of effectiveness we had prior to the SHAC trials. There are a number of groups that are pushing forward in this regard including recent SHAC actions and the campaigns against importing animals for experiments.

The first act of mild resistance on the march was an impromptu protest outside a Manchester lab building which saw marchers crossing the road away from the agreed route. While this may seem like nothing it is a mental barrier of authoritarianism being lifted slightly and moves the protest back into the control of the participant, away from authoritarian sterility.

The second action was securing the safety and release of an activist who was attacked by security and detained by police. A reasonable sized group assisted with this and this is the minimum any activist should expect in terms of solidarity from other activists. The activist thanked everyone for their assistance at the end of the march, but there was no need at all. The only regret is that more did not assist.

The next bit of creative, independent thinking was when a sit down protest was attempted by some activists and although this was short lived is exactly the type of autonomy we need to see.

There was also a protest against fur (in the middle of in all) at Armani, now that is creative thinking at its best! We should all think about how we can use A to B marches more effectively and not wait for others' instructions.

This is a significant step forward towards the non-compliant World Days of old and a move back to the days of an effective anti-authoritarian movement where the words 'there are no leaders' actually means something! Well done to all involved!

World Day for Animals in Laboratories

more photos of the days event can be viewed at www.flickr.com/photos/jpwood/
and video at

WDAIL is an open and collective grass roots initiative

It's nonsense to talk about authoritarianism. The wdail march is organised collectively by the grass roots animal rights movement, the date and venue are agreed at the animal rights gatherings, and the planning meetings are open to all activists who want to get involved. This year's march was organised with a great deal of input from Manchester and Liverpool grass roots activists.

If you want to get involved in decisions about next year's march, don't whinge about it afterwards, get involved in the planning, contact us or come to the AR summer gathering.

As you will appreciate people wanting to take autonomous action including civil disobedience on a march do not want to bring that to a planning meeting. The first issue is obviously the security issues with doing that, the second is the fact that they are autonomous actions and should not require committee approval. Organisers of the protest play a brilliant role in bringing the event together and I think we would all like to thank you for that. However the plans they set down should not prevent autonomous and indeed spontaneous actions by the crowd or the members there of. It is not the job of the organisers to attempt to intervene or suggest to the crowd that they don't take part.

Regarding civil disobedience you have called being arrested on protests 'false heroics' in the past. That is your view and that is fine. But there are many people that see civil disobedience as something they are comfortable in taking part in (as opposed to clandestine action or fluffy protesting). This plays a part in the over all diversity of tactics we have (or had) within animal rights – animal rights was never about coming to a consensus within a committee but each individual being free to act as they saw fit in terms of tactics and actions.

Particularly worrying was when you instructed the march to move seemingly unaware of the female activist being assaulted be security which only a small number of autonomous activists helped. Without this crowd dynamism this activist who was very upset at the time would have been left at the mercy of the violent security and police – this was autonomy at its best.

Over all however I would like to thank you for the role you play within animal rights and this should not be viewed as 'in fighting' but healthy discussion. I wish you all the best in your work to help animals.