Setback for anti-cuts movement as Mark and Patrick found Guilty on Police Evidence! Financial Appeal to support Right to Protest!

After a two day trial on the 28th and 29th of March 2011, Mark and Patrick were found guilty, and heavy fines totaling £760 were imposed. 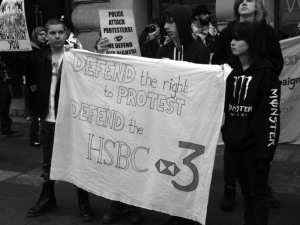 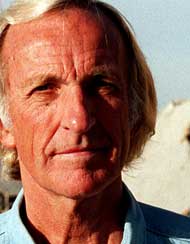 After a two day trial on the 28th and 29th of March, Mark and Patrick were found guilty, and heavy fines totaling £760 were imposed. The charges against Toby were dropped before the case began, which is certainly a significant victory for the campaign.

5 police witnesses provided the Judge with all the evidence he wanted to hear, and the strong defence was ignored. Mark was found guilty of Breaking the Conditions Imposed upon a Demonstration, despite the fact he was using a megaphone at the time the conditions were supposedly given. The judge ruled it was within his power to have heard the conditions. Patrick was found guilty of Obstructing a Police Officer in the arrest of Mark – despite the arresting officer not mentioning any obstruction in his report!

The clear injustice of the conviction of Mark and Patrick is a huge blow to the anti-cuts movement in Newcastle, and elsewhere, as it sets a precedent which will now make the police more confident to further reduce democratic rights, and the space of what is considered ‘legitimate protest’. As we have seen from the TUC demonstration on the 26th of March, all those taking direct action against the cuts are seen as criminals, and the police will not hesitate in acting against all effective forms of protest. If the HSBC3 verdict remains unchallenged it will be a dangerous precedent for those arrested in London on the 26th, as well as everyone else opposing the cuts.

For this reason the judgement must be fought and overturned, with an appeal to the Crown Court. We call upon all supporters and everyone within the anti-cuts movement to pledge full solidarity with the campaign, and offer financial support to fully cover the fines imposed. The HSBC3 verdict must be raised in all anti-cuts groups, and support on the streets for further solidarity demonstrations must be forthcoming. Only with this support can the campaign challenge the judgement, and defend the rights of all anti-cuts protestors.

We can only oppose political policing together! They will not divide us!

“The arrests of Patrick, Mark and Toby starkly represent the most disturbing trend in Britain — the rise of an openly political police. This has happened in the past of course – such as the Miners’ Strike in the 1980s — but what’s different now is the impunity given to the police …on a wide range of critical issues by politicians, and a bi-party acceptance of their political role. At worst, the police can kill with impunity, it seems, and increasingly they arrest and prosecute arbitrarily those whose dissent marks the line between democracy and a state of fear and compliance. All power to the complete exoneration of the HSBC 3.”

The defence campaign has also received a message of support from acclaimed film director Ken Loach.

‘These arrests reveal yet again that when it comes to politics, the police are not neutral. Some of us remember “Maggie Thatcher’s Boot Boys”. The great response of solidarity for Mark Pearson and Patrick Reay is very heartwarming. The best way to support them is to ensure the peaceful demonstrations grow even stronger.’

No to political policing!