This morning around 20 activists blocked the entrance to the 127 bis detention centre in Steenokkerzeel, near the main airport of Brussels. They were attempting to stop the deportation of 60 Congolese refugees on a charter flight KInshasa organised by the joint European border agency Frontex and "secured" by Belgian federal police. 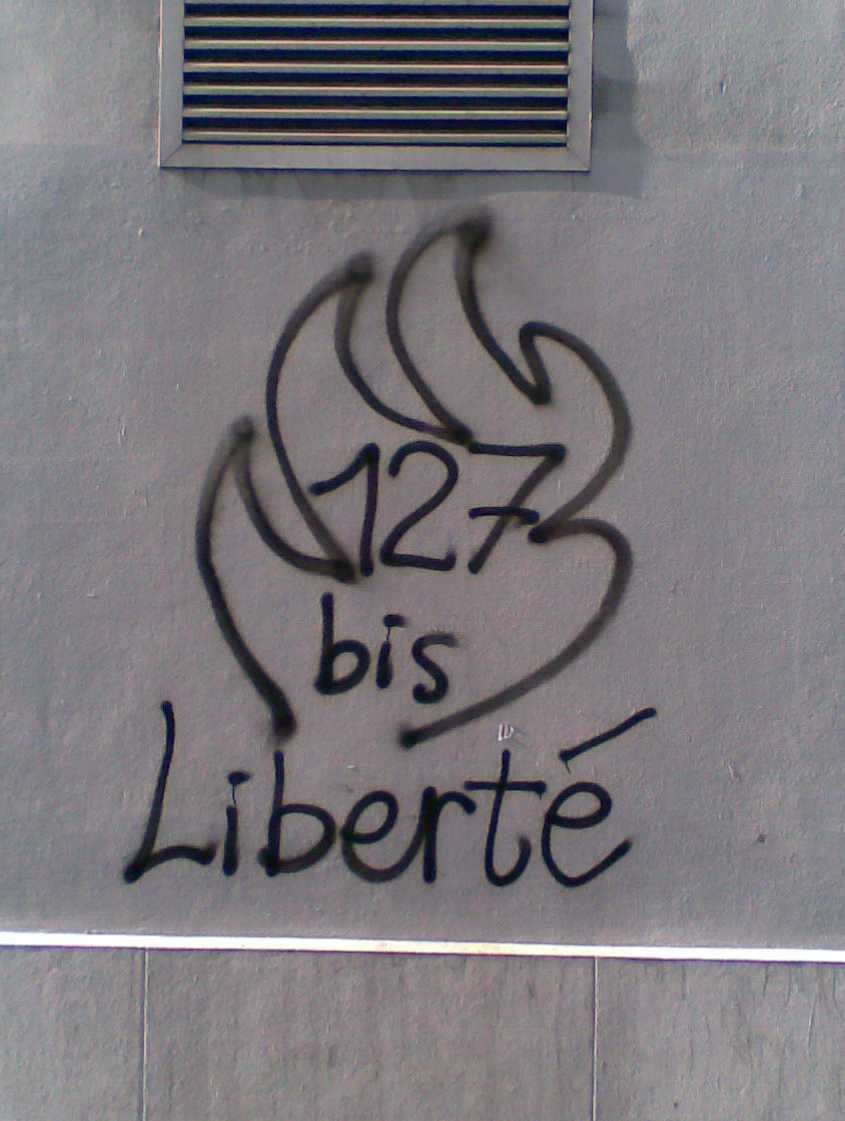 The action began at 4.30 am when activists blocked the gates using lock-ons. The Congolese prisoners were due to be taken from the detention centre to a plane waiting at the Melsbroek military airport. More prisoners were being brought from four other countries, including the UK as well as Ireland, Holland and Sweden, to join the flight.

At around 9am the Belgian police cutting team managed to clear the blockade and the activists were arrested. Police closed off the area around the detention centre to prevent access to journalists who had arrived to cover the action. By midday the Congolese prisoners had been taken out of the detention centre by bus under a heavy police escort. As of 1.30pm up to 18 activists were still in custody, and it was not clear whether they were being charged

Belgium is an active member of the European anti-migration policy. It organises not only about 20 deportations a day, but it organises also grouped flights to deport 'unwilling' migrants. In 2010 about 73 persons were put on
'securised' flights: seven to Greece, one to Poland, three to Nigeria and Cameroon and two to Congo.

The 127 bis detention centre had been largely destroyed in a rebellion this February in which one prisoner escaped, following a solidarity demonstration held outside the fences. (