Round up of Northern May Days 2011

There has been another successful series of events surrounding May day, the traditional workers' holiday. The day has also been used by anti-capitalist protesters to come together and try to stop the violent form of capitalism in which we live [1]. In the North of England it was more relaxed this year, with marches in Newcastle [2], Leeds [3] on Saturday and Manchester [4] on Sunday and a festival in Bradford [5] on the Sunday. 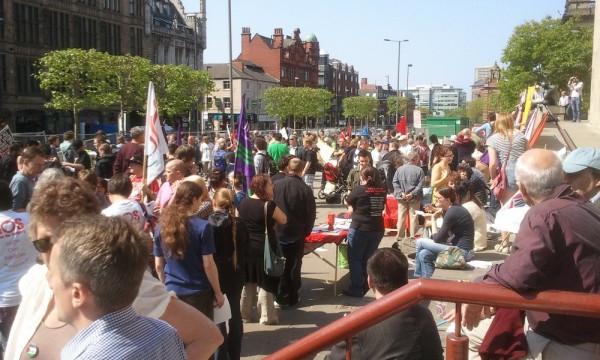 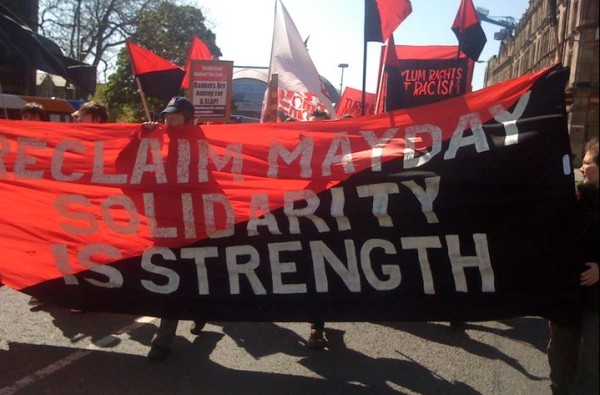 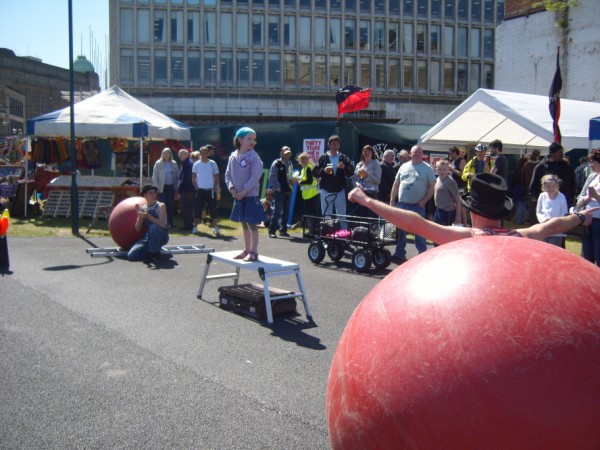 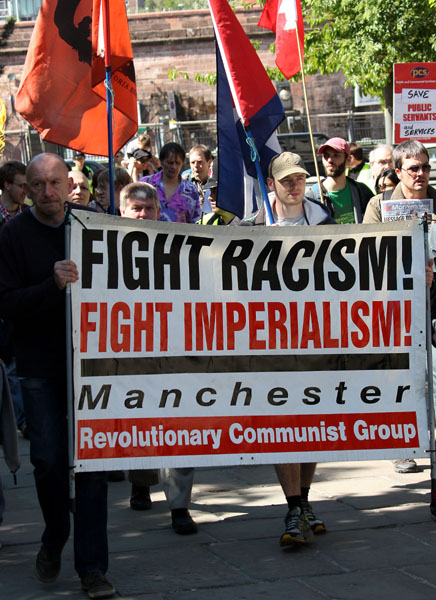 The marches were made up of trade unionists and anarchists from their local regions with the main focus on the proposed government cuts. In Newcastle there were many more radical left elements of the march to keep it lively to draw attention to some of the companies, and therefore the rich shareholders, siphoning money into their own pockets.

The marches in Leeds saw more momentum for the Keep Our NHS Public and Leeds Palastine Solidarity joining in. Manchester's march was full of colour as it marched through the city center and was addressed by various speakers.

In Bradford the celebrations were in the (temporary) Urban Garden with a solar powered sound system along with celebrations for the 1in12, a locally run self-organising space.