Two years ago, FIT cops Steve Discombe, Alan Palfrey and Ryan Cowlin stood only feet away from Ian Tomlinson when he was hit by PC Harwood, a blow which led to Tomlinson’s death. But, according to an IPCC report out today, they claim to have seen very little of the attack and didn’t even bother to include it in a written report. In fact they appear to have done everything they could to prevent the truth becoming known. 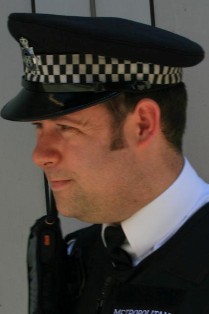 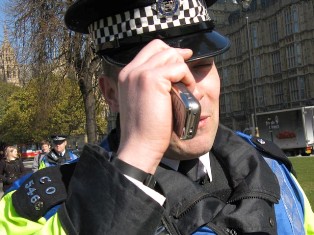 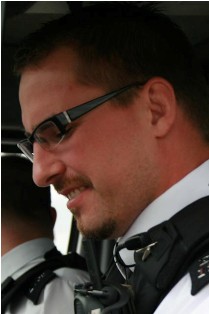 PC Steve Discombe is a field intelligence officer in New Scotland Yard. As is Cowlin. Palfrey is a borough officer from Camden who regularly takes on a FIT role. All three are well-known for harassment, intimidation and violence.

Their alleged role as an intelligence team is to gather intelligence and evidence of criminality. This they plainly failed to do when they witnessed Harwood’s attack on a man who was walking away from police lines. Despite standing so close, one of them claimed to have seen nothing at all, while the other two gave very few details of what happened. Discombe appeared to be more concerned with Harwood’s ‘almost perfect’ technique in delivering the blow, than the harm Tomlinson sustained as a victim of an unprovoked attack.

None of them intervened to help Tomlinson, and none of them expressed any concern at Harwood’s use of force.

From the IPCC report:

“PC Discombe describes Mr Tomlinson as falling “forwards but appeared to brace himself on impact with the pavement. He rolled on to his side, leant up and said something to the Officers who were now facing him. I looked away from Mr Tomlinson and did not see him again”.

“In describing the baton strike PC Discombe states that at the moment when he was struck, Mr Tomlinson was walking away from the cordon and that he remembered thinking “that the strike was delivered in an almost perfect training stance”."

PC Palfrey took even less notice of the attack than Discombe. He stated:

Ryan Cowlin, despite being only feet away from the incident “had no recollection whatsoever of having seen Mr Tomlinson on 1 April.”

While the three FIT cops above were clearly complicit in the cover up, they were not alone.

- Only one officer who did see the push expressed concern and made a written record of what she had seen. The IPCC concluded that this was a 'matter for concern'
- Detective Inspector Eddie Hall misled pathologists, telling them Tomlinson had ‘fallen to the ground infront of a police van.' According to the IPCC, Hall was ‘reckless’ but did not ‘intend’ to mislead.
- City of London police investigators kept from the IPCC information received from three Met police officers (not the FIT cops above!!) that Tomlinson had been hit and pushed by police.

Discombe, Cowlin and Palfrey did extremely little to dismantle the veil of silence and misinformation that surrounded Tomlinsons death. The complete lack of respect and concern from these FIT cops for a man who was killed for walking the wrong way through a demonstration is truly sickening.

These are highly paid ‘specialist’ intelligence cops who write detailed reports about what shoelaces activists are wearing, and where they might have bought a cup of coffee. They harass and pursue campaigners for protesting in 'the wrong place', or for occupying a branch of RBS. But when a real crime happened, they were looking the other way.