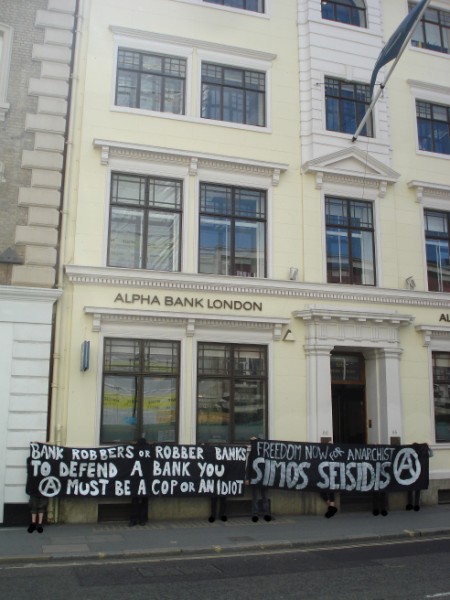 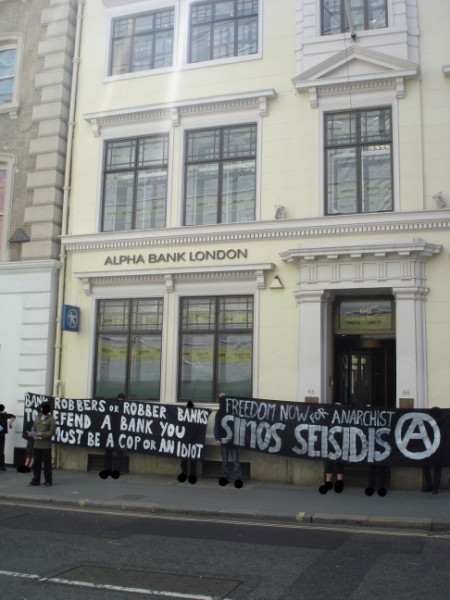 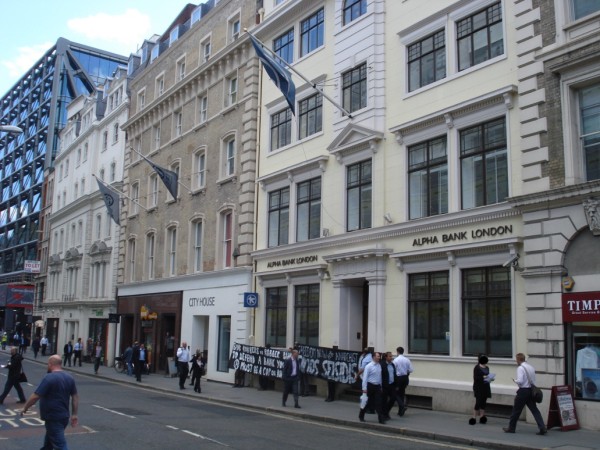 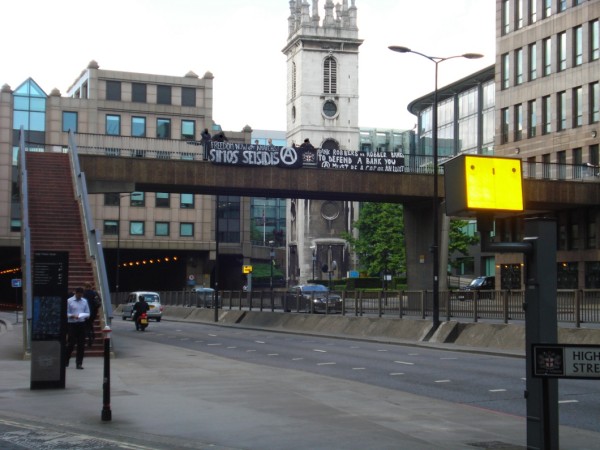 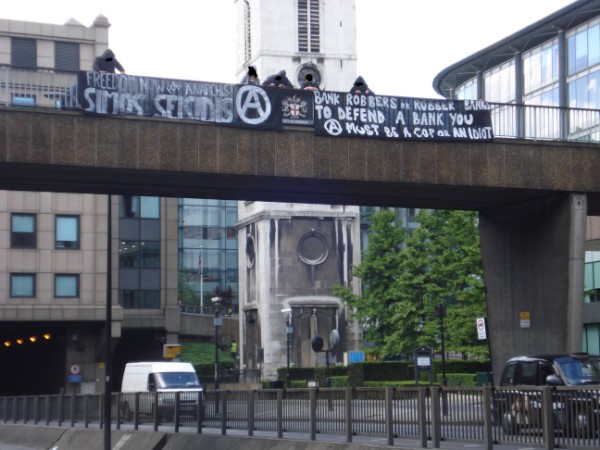 On Tuesday May 10 2011, a group of about a dozen comrades /free spirits in solidarity with anarchist comrade Simos Seisidis, descended upon the headquarters of the Alpha Bank in Cannon Street inside the City of London, leading centre of global finance inside the 'Ring of Steel' protected by its own special police force.

In a flash, as two huge banners were unfolded, two comrades entered the bank, disturbing the pompous atmosphere of rich clients, secretaries and managers going about their dirty business. The latter were rooted to the spot as the two moved around shouting 'Freedom to Simos Seisidis!', 'The banks are the real terrorists', etc, throwing leaflets and replicas of banknotes in their faces.

When they left the bank the doors were immediately locked shut and the comrades outside blocked them further with their banners. Leaflets were handed out to passersby, mainly bank staff in smart clothing. Suddenly, out of the blue, the pavement was invaded by a class of French school kids on an organised trip to London. They immediately recognised the encircled A on the banner and started yelling “Vive l'anarchie!” in unison with some of the comrades. An indescribable moment, these beautiful high-pitched children's voices screaming with joy as they battled to take leaflets and 'banknotes'. For an instant, a flash of brilliant light illuminated the heart of darkness. The teacher then appeared to see what was going on, took a leaflet saying it would be the topic of the next lesson, and they went on their way. The bank was shut down for about half an hour.

The next stop was a nearby flyover, an excellent spot to hang the banners in full view of the passing traffic and surrounding office blocks. Groups of shady figures in posh suits could be seen peering through many of the windows. Leaflets were handed out to curious pedestrians. At the end of this small but passionate demonstration, just as everybody was setting off, a posse of City of London cops trussed up in absurd gear emerged from a shiny blue vehicle. Nobody was in a mood for arguing and we continued on our way, stimulated by these moments to stay alive and to hell with the prison society and its guardians. 'Whose streets, our streets' is not just a slogan on a demo. From the exclusive zones of the powerful to 'the slums of London' it's time to make our presence felt any day, any time, to show our disdain for our enemies and find our accomplices. Anarchy now!