Plain clothes FIT at #ukuncut protests. Cops use 'Breach of the Peace' strategy

The 41 ukuncut demonstrations taking place around the UK yesterday resulted in only nine arrests, in Manchester. It is interesting that the arrests were for breach of the peace. Given that Ukuncut protesters elsewhere were also threatened with BOP arrests, it seems there was a bit of a tendency to deal with occupiers using BOP powers, rather than aggravated trespass.

The police have a good track record in abusing breach of the peace powers. The situation in Scotland is very different, but in England and Wales the arrest is preventative, so doesn’t result in charges or convictions. But it does give police a handy tool to get people out of the way, and in the process, get their names and addresses. 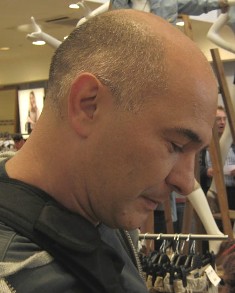 PC Tony Molina, 1174, on duty at the UK occupation of Cardiff Topshop 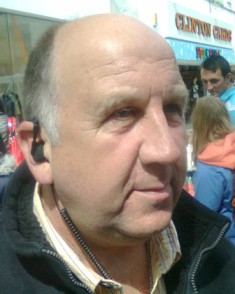 The police should only arrest for breach of the peace when they reasonable believe there is an imminent risk of violence. This seems unlikely to have been the case in Manchester. Certainly when Cardiff occupiers of Topshop were threatened with arrest to prevent a BOP they were doing nothing more violent than sitting on the shop floor. The officer in charge didnt seem comfortable with it either. When a legal observer gave protesters a quick briefing on the law of BOP she threw her hands in the air, and was later reported to have moaned that she "couldn't do anything because of those bloody legal observers..'


As well as using dodgy reasons to try and arrest people, the police were also up to their old intelligence gathering tricks. While things were low key, and there was a general absence of obvious FIT cops and cameras, there were instances of systematic data gathering. Cardiff occupiers, for example, were photographed individually by uniformed and plain clothes cops using their Blackberry’s. One of them happily explained that the pictures were for the ‘intelligence log’.

There was no doubt this time about the identity of the plain clothes cops because strangely, they came and introduced themselves, giving both name and number. Their details are shown above. It’s not at all clear why they were being so candid. Perhaps they were being genuinely friendly and open. Or perhaps they identified themselves as police officers in order to get round the restrictive authorisations needed for covert surveillance. Anyway, we are happy to be able to put them on the blog.

Overall, it was good to see a general lack of in-yer-face FIT. But uk uncutters still need to keep half an eye on the cops with the Blackberrys.