In response to this situation, new email lists have been set up for people who wish to contact the site admins or to be involved in discussions about features and moderation. There is also a new wiki site for UK Indymedia related documents. In addition there is now a new Users list for users of this site to raise matters which are not covered by the Moderation, Features or Tech lists. 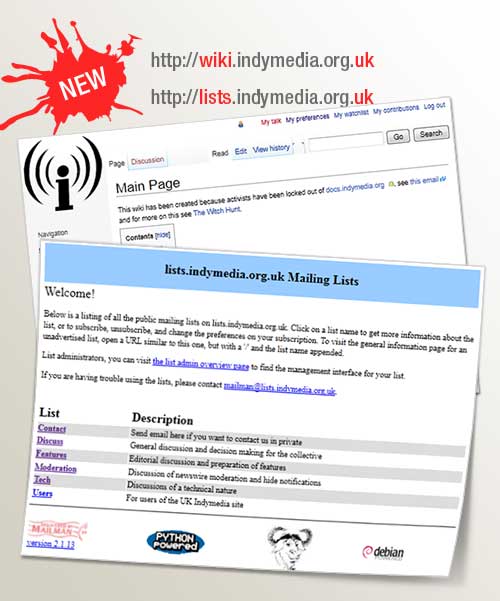