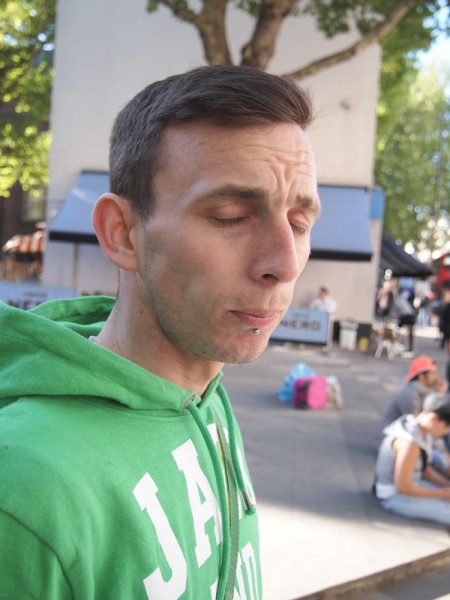 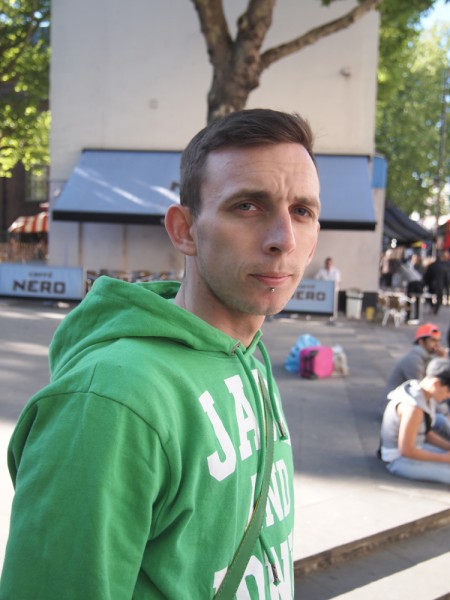 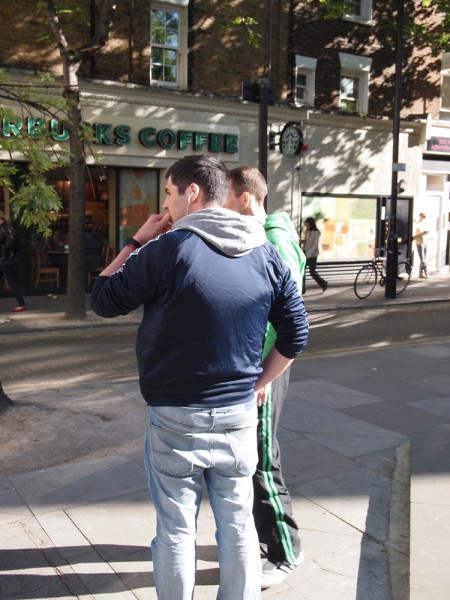 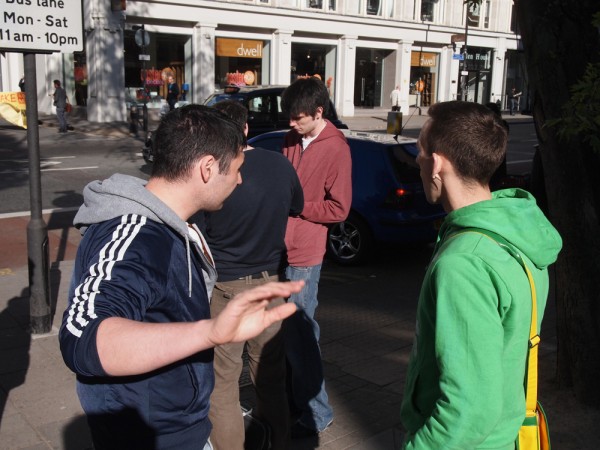 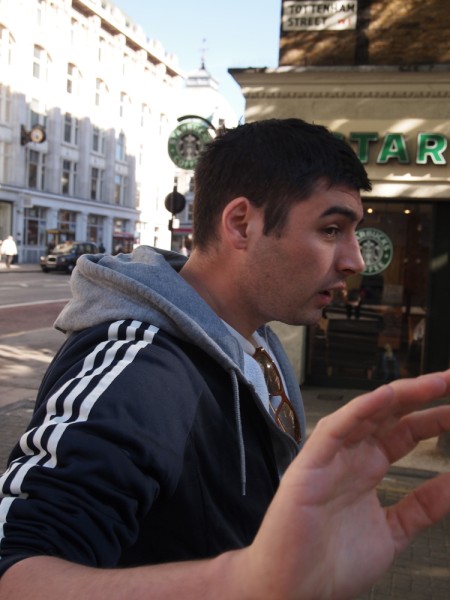 At the We Make Radical Media, You Make Adverts demonstration last month, these two men showed up and took a close interest in the demonstration, including two climbers with banners up lamp posts.

After being photographed, they took the photographer to one side, bent his arm back and shoved him against a wall, and asked him what he was going to do with the pictures. They said they were cops and he shouldn't blow their cover. They behaved in a rude and offensive manner and seemed really distressed that their pictures had been taken. When asked to identify themselves they let the photographer go.

These pictures are being posted so that other activists can look out for them on future demonstrations.