"Don't blog when angry" is probably first in a list of bloggers' ten commandments, hidden away in some geek tome somewhere. If so, I hereby break it.

I am livid, for one very simple reason: I have just watched four peaceful protestors be violently arrested by the Metropolitan Police. Countless others I watched get pushed, shoved, and punched. Subsequently another was arrested at a demo outside Holborn Police Station against the initial arrests. Several vans of TSG were deployed to this, again entirely peaceful, in front of a fortified police station to which a couple of dozen students and academics could pose no meaningful threat. A dog section was present, both at SOAS and outside the Police Station. 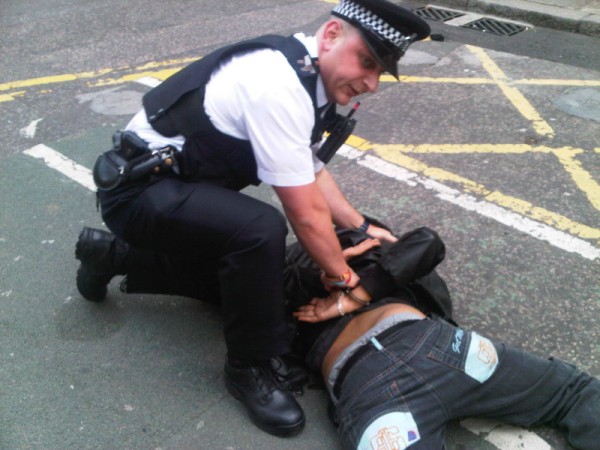 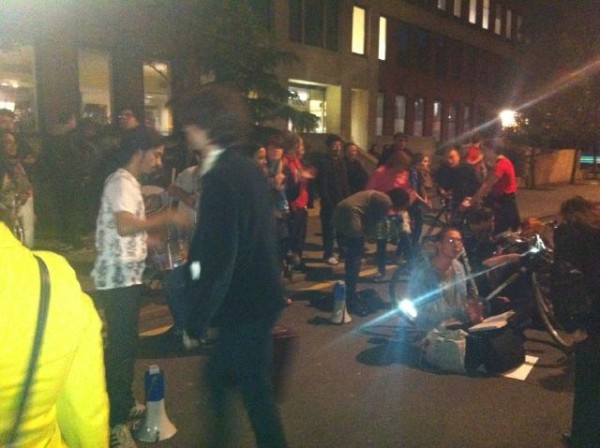 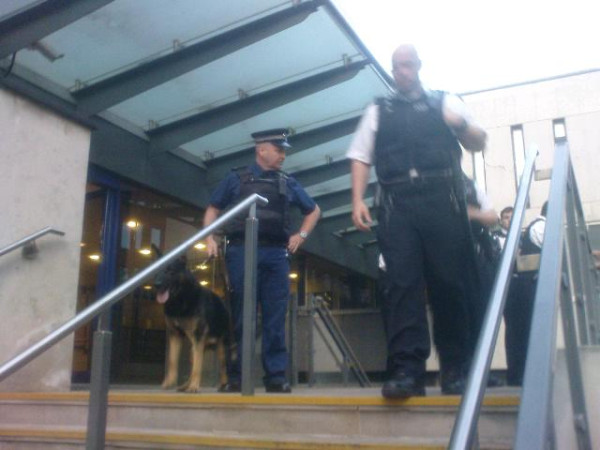 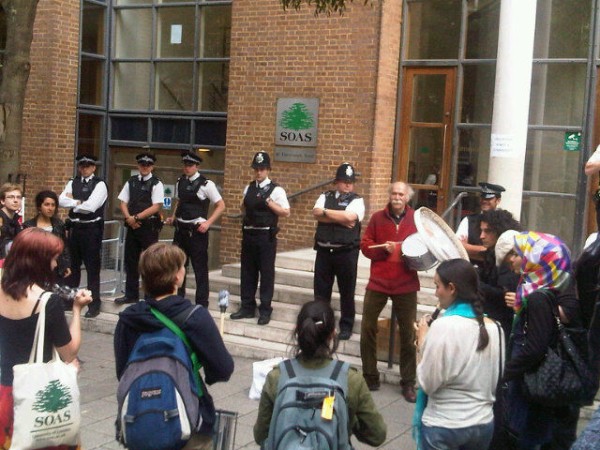 As that last sentence suggests, this was an HE protest. Unions, and members of the 'Bloomsbury Fightback' group were picketing a meeting at which David Willetts was speaking, all too aware of the make-or-break nature of a forthcoming White Paper. (It is a mistake to think the fight for HE ended with the fees vote. There are a multiplicity, and pretty complicated, raft of issues up for grabs.) These people, many of them friends of mine, were pushed, pinned, thrown (in at least one case, down stairs). One of the arrestees, known to me, is an incredibly nice, gentle, bloke who I simply do not believe for one moment posed any kind of threat to the police. Through all of this, I watched a SOAS security guard join in the violence.

I should add that, for a very white demonstration, non-white protestors featured disproportionately amongst the recipients of police violence. It was also noticable that police were going for figures perceived as leaders in the student movement. This could well be the fruit of all that forward intelligence work.

Over the past months, the Metropolitan Police have engaged in an increasingly politicised form of policing, pretty much openly declaring war on protestors, and clamping down on the right to dissent. It is about time we told this one like it is: this force is dangerously out of control. The alacrity with which they deploy resources to bully the public also demonstrates why across-the-board opposition to police cuts is the wrong policy for the left. It is high time these people got a taste of the discipline they are so free to deal out.

Let's say yes to cuts: in the TSG!

Police violence and arrests at SOAS

The call-out for the protest at SOAS

It is extremely disappointing when the news was revealed that David Willetts, the UK Minister of Universities and Science has been booked to speak at the Brunei Gallery Lecture Theatre. This has not been publicized on the Official SOAS Website, nor has it been circulated among the members of SOAS. Our Director, Paul Webley, has ignored any questions regarding his opinion about the Vote of No Confidence against David Willetts for 9 …days now. He has also claimed ignorance about the establishment of the New College of the Humanities that is planned to become part of the University of London in September 2012. This has all happened while Mr. Willetts has been booked to speak here for at least a week and while our Director has been the deputy Vice-Chancellor of the University of London. Its difficult to make a balanced opinion about this because he still has yet to host a Students’ Address.

The lecture is part of the Neville Butler Memorial lecture Series titled: ‘The Public Benefit from Science and Research’. I can only imagine this is going to follow a paradigm that stems from a dominant power structure that continuously tries to self-justify itself. This is research based on statistics, demand curves and expectations that are linked to past results, endemic failures and methods of social control. This has enormous potential to continuously narrow the amount of diversity that can happen in the future since the future is being carved out of average results that have been been gathered through manipulated method interpreting past action.

We need people here on Monday. If you were unable to attend the EGM and agree that David Willetts, the Governments’ Policy bias policy against the arts and humanities and the new tuition fee regime are all socially detrimental we need you to come and protest with presence, music, ideas and debate.

Until then, SOAS SU