Letter from Damiano Bolano, imprisoned anarchist comrade of the Revolutionary Organisation Conspiracy of Cells of Fire, from Domokos prison (Greece) 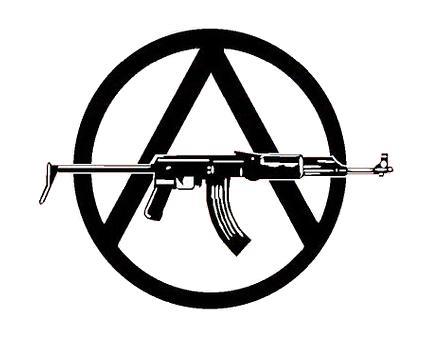 I recognize as a member of the R.O. Conspiracy Cells of Fire and from now on as a captive of war. A war which indirectly has been declared dozens of centuries now, from the dominators against the dominated, not making its presence perceivable in order that those subjugated live in illusions of freedom, and directly towards the anarchist revolutionaries and each decent person that is not subjugated and resists the smooth operation of the governmental mechanism.

A war which is carried out daily in the working spaces, the schools, the centres of detainment of immigrants, in the prisons, in the street, in the army…

“The system has not only simply imposed the directions of daily life, but has achieved to convince its tributary of its necessity, for its moral legalization and many are willing to defend it against its enemies.”

We as warriors against every form of authority but also against every logic of self slavery, have a duty to adopt the total rupture and refusal of every system but also society in its present form. Besides, as history has shown, most of those who wait for society to wake up, fall “asleep”. And it is unacceptable to excuse and support people who are immobilized in their incompetence to define their own lives.

On the contrary, we should criticize them constantly until they take a stand. Until they come out of the sphere of neutrality, losing the dumb smile of the junky TV-viewer and the cow look of the never full consumer and stand next to our revolutionary daily life or against us.

“Society is as weak and soulless as the authority it always serves. As a body it is watered to the smallest pore of its organism by petty dogmatism, servility, corrupted and selfish instincts”

Class segregation in society must be replaced by the individual and later the collective segregation according to the choices, the conscience and the way of life of each one of us. Because we are nothing more than our choices themselves, which mirror our conscience on our way of life. We have drawn the path of refusal, our refusal and we go along against the society of executioners, the warmth and care freeness that is promised with a law-abiding life, because we have learned to look forward and never lick where we spit.

We should vanish politicians, judges, journalists

The anarchist urban guerrilla is and continues to be for me an attitude and way of life, against anything and anyone who wants us slaves of the system. It is the sand in the cogs of the authoritarian mechanism.

A way to take our lives into our own hands and become masters of ourselves.

A way to combine theory and practice.

A way to transubstantiate the utopia into a reality here and now.

A way to honour our choices and refusals.

A path towards absolute freedom, which aims at blowing up and sabotaging the symbols of authority and the social relations that make them acceptable.

A path of refusal and destruction of the roles they impose on us.

However, knowing that the purpose defines the means, we conclude that the new urban guerrilla is one more mean that uses as its main characteristic, direct action. And must be absolutely identified with the aim, which in our case, is the accomplishment of an unconditional freedom based on Anarchy. It is one of the tools that every anarchist revolutionary should have in their arsenal, and combined with the general multiform action of the anarchist movement, a more true and substantial feeling of reality, of our reality, where we live based on equality, dignity, solidarity, pride, self-organization, freedom….

It is the noose on the neck of every authoritarian

A path of constant and continuous attack

I publicize the following text not to define myself as a victim of the “democratic” police but to manage to transfer my experiences to comrades that might in the future be in my position, so they are somehow prepared.

In the early hours of Monday 14/3/2011 a raid is carried out by the EKAM (special forces) on the house on Ellispontou street 53 in Volos and my arrest as well as my four comrades’ follows. Our transfer by the torturers of democracy to the 12th floor of GADA (police headquarters of athens) is carried out immediately with ordinary cars, tied up hands and hoods over the head. During the transfer there were many racist remarks and swearing towards me, while every now and then they took souvenir photos.

My welcoming in GADA was a kicking-fest by many cops, for a long time, since I wouldn’t reveal my identity. Eventually after they took off my hood and discovered who I am, they made me look at a wall and every now and then continued the beating, just to remind me where I am. Sometimes I would hear the torturing of my comrades from the other rooms, and the cops tried to remind me that the others have “given” me away and it would be good for me if I spoke as well.

Finally my time came to enter the room of torture of my comrades which is nothing other than the room where they take your fingerprints. As soon as they put me inside, they took off my handcuffs and five of them grab and tried to ut my hands in the ink. After seeing they couldn’t manage more came, and all together they immobilize me on the ground leaving their equipment on the floor. One cop had his knee on my neck, two more on my back and, two more holding my hands and two holding my legs down. The one that was trying to take my prints after realizing he can’t open my hand stuck a piece of metal in my fist and putting all his weight on it, started to twist it. At the same time another cop pulled back a finger of my other hand so far, until it was completely numb. This way the accomplished to take my prints, with only difficulty some spasms of my hand, that aimed at making it as hard as possible for them. They immediately cuffed me again and stood me up to look at the wall. Afterwards they took me in for prints again with the exact same procedure, since I did not give them to them, and although they already had them, because as an anarchist I refuse to obey any order from the pigs of authority.

In the midst of the fingerprint procedure, a cop stuck something like a large ear bud in my mouth for DNA. They also confiscated my shirt for the same reason.

After they were done, they put me up again to look at the wall where again the racist remarks continued. They made me listen to marching sounds and the greek national anthem, emphasizing the point that if I just said “fuck Albania” everything would end. I laughed at the thought that it would cost me nothing to say it, but I considered that my refusal should be total and threes no room for humoristic intervals. Shortly afterwards two of them took me to a room, where exhausted now I tried to fight off having my photo taken. Right after that, they took me to another room and for a few hours left me there looking at a wall cuffed behind my back, even when they eventually moved me to a small dungeon with the light on day and night and with no communication with my comrades.

The next morning, the “consistent” employees came with legal procedures to ask if we want to give photos and fingerprints. When I heard that, I smiled ironically without even answering them.

An attacker in society

An attacker on the run

And I remain an attacker in prison as well

The day I was transferred to Domokos prisons, the guard who was in charge of dividing up the people in prison made the mistake (maybe on purpose, aiming at my ethical extermination) to put me with the murderer of comrade Alexandros Grigoropoulos and the obvious happened: As soon as I saw him I gave him some quick ones, until the law-abiding prisoners jumped on me to stop me.

Naturally my first day in the hellhole was inaugurated with a disciplinary penalty. And in the procedure where they gave me the disciplinary the atmosphere was intense with swearing and insults when they brought him in guarded by three screws. As well, it is obvious that I refused to apologize to the prosecutor considering it my honour to cause some damage to the killer-cop Korkoneas.

After this I adopted a more demanding behaviour towards the people-guards, showing them that there are no margins of retreating, neither in my thought or my actions, for any reason.

Accidentally again, one month and a half later the people guard who was controlling the doors of the prison, created another “unexpected” meeting with the murderer Korkoneas, which I exploited immediately, honouring my words and reminding him that even in frames of protection he cannot hide anywhere. Thus, I jumped him, while at the same time a prisoner – bodyguard of his pretending that he is breaking us up, held me giving him the chance to react slightly and after that to run away to the security of his cell. Of course this time again I appeared before the disciplinary council.

Solidarity to the 14 Chilean comrades (who are persecuted in the “caso bombas”), to Gabriel Pombo da Silva (who has been in prison for over 20 years, 14 of them in the Spanish F.I.E.S. regime from where he escaped in 2004. He was arrested after a clash with the cops at the German borders in June of the same year and since then he is in the German prisons), to the 5 anarchists of “Fuoriluogo” in Bologna (who are accused for organized crime with subversive aims), to Silvia, Billy, Costa, Marco in Switzerland (they were arrested in Aril 2010 near Zurich when during a police check in their car were found explosives and a communiqué from ELF Switzerland), to Braulio Arturo Duran Gonzalez (he was arrested in September 2010. He is accused of attacks on banks and other targets), and to Adrian Magdaleno Gonzalez in Mexico (was arrested in February 2010 for a bomb attack on the under construction metro station of Taxquena. Also accused also of arson attacks and for participation in actions of Animal Liberation Front)

Freedom to all the imprisoned fighters all over the world

Proud member of the R.O. Conspiracy Cells of Fire

P.S. A warm greeting of fire and comradeship to the comrades of the Italian F.A.I. who send a letter-bomb to the Manager of Koridallos prisons and filled us with strength and courage, and to all the other groups who continue the struggle non-stop supporting in practice the Informal Anarchist Federation – International Revolutionary Front from Russia to England, from the USA to Poland, from Spain to Mexico and Greece…

And remember that nothing more than a wall divides us.