Babar Ahmad Police Trial: A Verdict Based on Fear, not Fact?

They say a week is a long time in politics. How about almost eight years, and counting, in the criminal “justice” system, with no end in sight. For Babar Ahmad, last Friday (3 June) saw the end of the trial of four police officers accused of assaulting him. 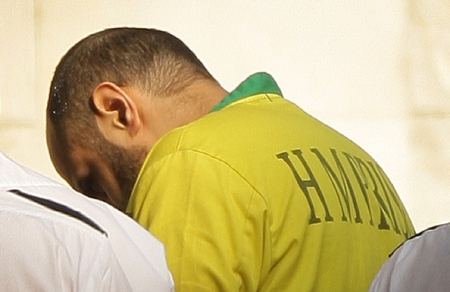 Ahmad is a South London computer technician who worked at Imperial College London.  You may recall his name.In August he will enter his eighth year behind bars without trial, awaiting extradition to the US, on allegations that the British authorities appear to have found insufficient to prosecute him on in this country. He has already served the equivalent of a 14 year sentence.  A ruling by the European Court of Human Rights on his extradition is expected soon.

In the trial of the four Territorial Service Group (TSG) officers that ended last Friday, Judge Geoffrey Rivlin QC, the Recorder of Westminster, concluded that it is “a matter of concern to the public at large, quite apart from Mr Ahmad, that here is a man who has been in custody for literally years without knowing what his fate is to be."

Jurors at Southwark Crown Court acquitted these four officers of a violent assault on Ahmad during an ‘anti-terror’ raid in December 2003. During the raid it is uncontested that Ahmad sustained over fifty separate injuries yet, despite a month long trial, it took the jury less than an hour to come to their decision.

Last week, in a surprising decision to many, jurors at Southwark Crown Court acquitted four Territorial Service Group (TSG) officers of a violent assault on Ahmad during an anti-terror raid in December 2003. During the raid Ahmad sustained over fifty separate injuries from these men. Following a month long trial, it took the jury less than an hour to come to their decision.

The evidence before the jury included CCTV footage of Charing Cross Police Station as Ahmad was brought in screaming in pain, an audio recording from a bugging device planted in Ahmad’s house which picked up the raid, medical and forensic evidence, as well as live testimony from Ahmad himself. However, it appears the jury believed the officers’ accounts that Ahmad’s injuries were sustained as a result of his violently resisting arrest, having taken up a martial arts fighting stance in his pyjamas to confront the twelve well armed officers in riot gear who woke him up after breaking down his door at 5.30 am. Such an explanation seems to have been more credible to the twelve jurors than the evidence of the well-known consultant forensic pathologist Professor Peter Vanezis who told the court that in his professional opinion, Mr Ahmad's injuries supported his version of events.

The verdict also seemed to place little or no weight on the fact that Ahmad was never charged with assaulting any one of the officers who appeared to have no record of any injuries they suffered during the incident. Nor was it apparently noted that of the dozens of injuries Ahmad sustained, not one was on his knuckles. This hardly tallies with defence barrister Richard Atchley’s statement that Ahmad had fought like a “caged tiger” during his arrest.

Being a juror is never an easy job, and it is even more challenging in trials where those entrusted with protecting the public are in the dock for offences allegedly committed in the course of their duty. Add the word “terror suspect” into the equation and it is easy to see how prejudices might potentially cloud otherwise balanced judgement.

So demonized have Muslim terror suspects become in the public perception over the last decade, that it has in my opinion become virtually impossible for them to be afforded a fair trial, or for them to be believed even where most of the evidence is in their favour. Ultimately the jurors seemed to have been swayed by the absence from the raid’s audio recording of the phrase “Where is your God now?”, words which Ahmad alleges the officers mocked him with. A question does arise as to why it took over seven years for this recording to be disclosed.

In the present case, Ahmad was the complainant, although for a large part of the trial, it appeared almost as if he was the one on trial. PC Mark Jones, under cross-examination, openly stated that it was his opinion that Ahmad is a terrorist. Not a terror suspect - a terrorist. During the trial, Ahmad was questioned about his talents and past travels. It was Ahmad questioned about his travels to Bosnia in the early 1990s to defend the Muslims facing genocide at the hands of the Serb militias led by General Ratko Mladic. And it was Ahmad who was asked to justify his possession of a wooden sword; it was Ahmad whose proficiency in martial arts, and ability to speak numerous languages, became synonymous with involvement in terrorism.

The past complaints history of the officers in the dock remained unknown to the jurors. They were prohibited from knowing that over 70 separate complaints were made between 1993 and 2007 against the officers involved in arresting Ahmad, the majority involving black or Asian men. PC Mark Jones had more than 30 complaints lodges against him alone. They included a complaint from a man detained during a drug search in 2007 who accused PC  Jones of forcing him into the back of a TSG van before placing him on his knees, grabbing his throat and spraying teargas into his face. Just two years ago, Jones was acquitted of racially assaulting two teenage boys who had accused him of taking them into the back of a police van and shouting abuse about their ethnic backgrounds in front of his colleagues. The jurors would also not be aware that Jones is currently suspended from his job on a separate matter.

According to the Met, all such allegations were found to be unsubstantiated following inquiries. This is consistent with the reputation of the Met for refusing to hold its officers to account for wrongdoing, particularly those involved with the TSG. Between 2005 and 2009, TSG officers were the subject of 5,000 complaint allegations – mostly for "oppressive behaviour". Only nine – less than 0.18% – were "substantiated" after an investigation by the force's complaints department.

The jury were also prohibited from knowing that in March 2009, the Commissioner for the Metropolitan Police admitted at the High Court that Ahmad had been subjected to "a serious, gratuitous and prolonged" attack by the officers, within which the officers had mocked him with the words “where is your God now?”, and paid him £60,000 in damages as a result.

Would those jurors who requested to meet the officers after the trial to shake their hands (and whose request was granted) as reported by the BBC, have been so keen had they known all of the above?

The sad reality is that the verdict of the jury, which came after less than an hour of deliberation, flew in the face of the evidence presented over the course of one month. Perhaps it is too uncomfortable a truth to acknowledge that potentially those to whom we look to for protection from crime could themselves on occasion be guilty of such horrific acts on a member of the public?

The verdict was, in the view of this author, not based on fact but one , emanating in significant part, from prejudice and fear.