USA: Turn Off That Camera! Filming The Police At Work

Dashboard cams in police cars are ubiquitous. Yet police are pushing back against Americans capturing them at work on cell phone cameras. Arresting people filming arrests. Is that right?

You see police arresting someone. Maybe it looks right and by the book. Maybe it doesn’t.

You pull out your cell phone and start to record. To make a video. And the next thing you know, you are arrested. The video-making bystander, in handcuffs. Facing charges.

It’s happening all around the country. Cell phones and their cameras are now everywhere. Police often don’t like to be recorded doing their work. It’s not always pretty.

But in the era of the citizen journalist, should making a video mean an arrest? Who’s the watchdog then?

This hour On Point: the battle over citizens videoing police. 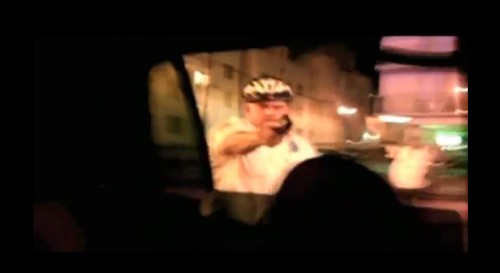 Radley Balko, senior writer and investigative reporter for the Huffington Post, where he covers civil liberties and the criminal justice system. He wrote this comprehensive piece on videotaping and law enforcement for Reason magazine.

Eugene Volokh, professor at UCLA law school where he teaches constitutional and criminal law. He blogs about this issue and other legal questions at Volokh Conspiracy.

Carlos Miller, multimedia journalist who has been arrested twice for taking pictures of police officers. He started his blog, Photography Is Not A Crime, to address his own arrest and cover arrests around the country over filming the police.

Links to some of the videos discussed on the show:

Video taken in Miami Beach on Memorial Day, May 30, 2011. Narces Benoit, who shot this film on his cell phone camera, was arrested by police at the end of the incident. The video survived, after Benoit hid a small memory chip in his mouth, he told CNN.

A video from 2009 in New Haven, Conn. taken by a local priest, Jim Manship, of what he calls police harassment of Latino shop owners. He was arrested at the scene and charged with interfering with a police officer and creating a public disturbance. The Connecticut legislature has passed legislation to deal with the issue, though critics say it doesn’t go far enough.

In this clip Luis Luna was arrested in 2010 for using his iPhone to film an assistant police chief while he was on the job. Arrested and thrown in jail after police on the scene erased his video, Luna has since said he’s considering filing a civil lawsuit against the officer.

Maryland Air National Guard staff sergeant Anthony Graber was arrested and faced up to 16 years in prison for filming his own arrest by a state trooper, captured in this video. Brought up on charges of illegally wiretapping the encounter, a judge threw out the case six months later.

On Point with Tom Ashbrook (repost)