Brian Haw and the false cures of quackery

Brian Haw, the protester whose dogged presence outside of parliament turned him into a cause célèbre, has died of lung cancer. Mr Haw was a divisive figure, with often unorthodox opinions, whose determination to camp outside parliament became a matter of considerable political debate on the right to protest. In recent years Mr Haw’s supporters dwindled to a hardcore group with fringe opinions. They have let him down badly. 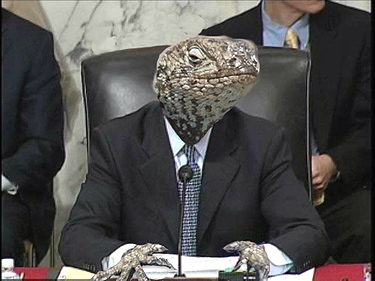 Mr Haw’s cancer has very low survival outcomes, for a man of his age, his chances of surviving 5 years following diagnosis were less than 10%. There is little that Mr Haw could have done to delay the disease. However, this did not stop proponents of alternative medicine offering to help with false promises of cures and treatments based on nothing but quackery.

Following Mr Haw’s diagnosis, fans of David Icke, a notorious conspiracy theorist, took charge of fund raising for his treatment in Germany, via the Shen Clinic. The Shen Clinic believes in, and has promoted, the theories of Tulio Simoncini.

Dr. Simoncini’s therapy uses Sodium Bicarbonate to destroy the fungus colonies which he believes are the cause of both cancer and mastatasis[sic]. Although controversial, many have personally witnessed the dramatic drop in cancer markers following his therapy, even in some advanced cases. He also recommends the use of natural and complementary medicine such as nutrition, homotoxicology, acupuncture and others.

Mr Simoncini is banned from practising medicine and has fraud and wrongful death convictions in his native Italy.

Despite the clarity of the evidence against Mr Simoncini, his theories and his outcomes, Mr Haw moved to Germany to undergo therapy. Reports in April of this year asserted successful treatment.

Brian Haw is currently living in my flat in Germany while having treatment for his lung cancer – the good news is that he had an MRI scan this week and he’s on the mend – by the way, his treatment consists of intraveneous Vitamin C and Sodium Bicarbonate (not at the same time!) – THIS IS ILLEGAL IN THE UK !!!! – WTF !!!! – IT’S VITAMIN C !!!! – AND BAKING SODA !!!!

This was sadly optimistic.

Mr Haw’s cancer was almost certainly incurable, but rather than spending his final days being cared for by medical professionals in the UK, he was sent to Germany by conspiracy theorists, offered the false prospect of a cure, and was subjected to unnecessary and ineffective treatments.

There is certain to be a resurgence of debate about Mr Haw’s principles, politics and behaviour as a result of his death, but probably little on the circumstances surrounding it. Regardless of what you may think of Mr Haw, perhaps the greatest injustice he has undergone in the last decade is not the disruption, court actions and parliamentary discussion surrounding his protest, all of which have been debated and ruled on by a transparent democratic and legal system, but the falsities told to him by supporters of alternative medicine in denial of the facts.

Sadly a lot of "alternative types" do fall for quackery

But to be honest, the big pharmaceutical companies are also often guilty of similar quackery - they just dress it up better. Not to say all medicines are bogus, but a lot turn out to either be ineffective, or else worse than a placebo (because of the side effects).

When your life is on the line though, I guess common sense isn't always the priority and people will grasp at straws.

I never knew you Brian, but you certainly had dedication and you were definitely a big thorn in the side of the establishment. The world would be a better place with more people like you!

"Brian Haw and the false cures of quackery"

Whatever relevant points you make about health care are undermined in your cheap shots at a dead man, with no right of reply.
You had plenty of time over the last decade to go down and have the debate with Brian.
You knew where he was, everyone knew where he was.
I was down there had an animated argument with Brian, never doubted his motives or integrity. I empathised with him ....read Harper Lee's "To Kill a Mockingbird"...if you haven't copped onto empathy by now, doesn't appear to be a strong point in class ridden post imperial cultre...listen to Atticus.....
ask the question what would I be like sitting out in th elelements over 10 years, cut the guy some slack for Chrisssake

"Brian Haw, the protester whose dogged presence outside of parliament turned him into a cause célèbre, has died of lung cancer. "

Are you implying here that celebrity, notoriety was his promary motive. I was no big fan of Brian's pesonality but I respected his integrity within the limitations of the lights he had. We all act within our limitations. Brian did not have the elitst education that you had. or your private school mates doing the hatchet job on Assange had. Brian was of the working class, that is one of the reasons the middle calss tossers that dominate the Brit SWP, NGO scenes couldn't stand him.

"Mr Haw was a divisive figure,"

maybe he knew that and chose to be a solo act on an inccesible traffic island?

starting to see a Stalinist streak here "unorthodox opinions" and you think this critical phrase is going to score you points on an anarchist website? Go figure?

"whose determination to camp outside parliament became a matter of considerable political debate on the right to protest. "

Yup even the counter-terrorost cops who lifted me at Luton Airport were impressed by Brian's resilience.

"In recent years Mr Haw’s supporters dwindled to a hardcore group with fringe opinions. They have let him down badly."

The whole Brit anti-war movement DWINDLED..2 million marched, you incited Manning, Assange and other military resisters and then you abandon them...NICE WORK...meanwhile 2 million Iraqis get to die at the other end of your tax payed weapons, Jesus wept!

The rest of your article has merit, just dropped the cheap shots and repost it, they detract from it.
And get off ya ass for Manning, Assange and the other anti-war prisoners your government are banging up facilitated by your liberal left press.

I can't really see why you would bother to publish this nonsense, unless you are perhaps bigging up yourself and your blog. I didn't know Brian, but I passed by and had a chat with him on two or three occasions. He was perfectly polite and just like a normal bloke, sure we might not have seen eye to eye on everything, but then I could say the same for just about everyone else, but so what ! I don't slag off people just cos they don't agree with my views. I admire him for what he did and I am not in the least bit interested in his private life. Lot's of people take alternative cures for cancer and that is their business. As the other "alternative" is to trust in the Pharma-Nazi's, I guess there is not a lot of choice. Obviously don't seem to have any respect for Brian, otherwise you would not have posted this. Perhaps you could show some respect to his friends and family and shut yer cake'ole !!

Not a criticism of Brian Haw

@Passer by: I don't think you read this article properly - it isn't criticising Brian Haw at all - it's just having a pop at quacks who prey on vulnerable people with false hopes of miracle cures.

Remember just because Big Pharma are scum doesn't mean everyone else involved in the same business are sweetness and light.