The Need For A "Second Revolution" In Egypt

On 27th May, Egyptians numbering in the hundreds of thousands demonstrated in Cairo and other cities. They demanded a "second revolution" to complete the democratic aspirations of the first, which removed long-time dictator Hosni Mubarak in February. Since his departure, the army junta has consolidated its rule, bringing in a repressive new constitution, and banning strikes and protests in March. In doing so, the army top brass has revealed itself to be enemies of the common Egyptian, and enemies of - not "guardians of" - the revolution. 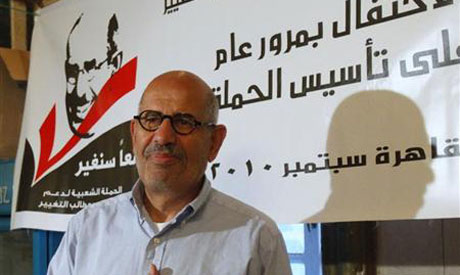 ElBaradei - criticising the government is now a "red line" 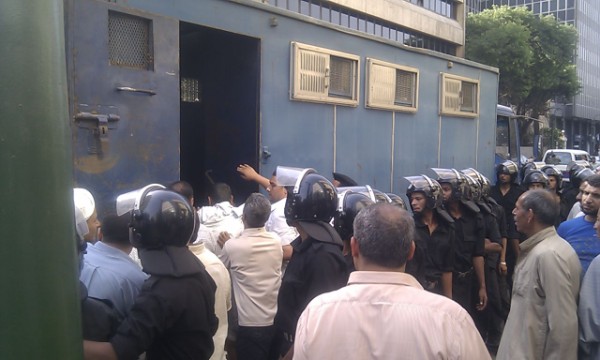 Police arresting farmers for the 'crime' of protesting

Until very recently, the army had hesitated to enforce the fundamentally anti-democratic prohibition of strikes and protests, but it has now reached the limits of its patience, and is beginning a crackdown on dissent. As I explained back in March, the military leadership has a direct interest in suppressing demands for improvements in employment - it owns a vast network of private businesses. So it's easy to see the self-serving nature of the Supreme Council of the Armed Forces (SCAF)'s new statement that the law is necessary to "avoid further economic risks and to achieve stability for the country". SCAF say they "will not hesitate to respond to any attempts by any other party or group to disrupt the law or to harm the national economy, especially during this critical stage the country is going through."

To that end, the Amn al-Markazi security forces and plainclothes police arrested ten protesters in front of the parliament on 8th June, attacking students, farmers and other workers who had been demonstrating there. Under the new anti-protest law, those arrested face the possibility of a year's imprisonment and/or a fine of 500,000 EGP (£52,000).

But if the 'January 25th revolution' showed anything, it was that desperate Egyptians would not be intimidated by state repression, and would do whatever it takes to secure their material interests. The strikes keep coming, and last Friday saw a large Cairo protest against the ban - itself an example of mass direct action, under conditions where such assemblies are banned. July 8th has been declared "Correcting The Track Friday", when even bigger acts of defiance are planned.

However, the army will not be pressured into sacrificing its own profits, and neither will other sections of the Egyptian bourgeoisie. Mohamed ElBaradei - the former UN man who the western media has portrayed as a future Egyptian president - has declared that protesting against or even criticising the army is now a "red line" which cannot be crossed. Last week it was announced that a 'National Coalition for Egypt' had been formed - comprised of thirteen parties from both the nominal 'left' and the right. The basis for this unity is a commitment to "national unity" - in other words defence of the capitalist economy.

If a "second revolution" is to win decent living standards for all Egyptians, it must decisively reject the generals, the 'democratic' bourgeois, and the dead hand of US imperialism, which continues to provide resources for the repression of the Egyptian working class, even though Mubarak has gone. It must be based on working class self-organisation and control of the economy.