Libya as a new litmus test if the “21st Century Law of the Jungle“ will prevail ..... Arrival of the “21st Century cowboy gangster-style” imperialism instead the much-anticipated co-prosperous multipolar world of mutually-respecting, democratically consensus-building, respectfully dialoguing, non-interfering of sovereign nations’ internal affairs ... Libya seems going to be a new litmus test for the immediate future of 21st Century international relations if, by any means necessary, the US-led NATO in the form of multinational “cowboy[i] gangster[ii]-style robbery[iii]” completes its extremely greedy and hypocritical goals in a immensely natural and financial resource-rich North African nation. 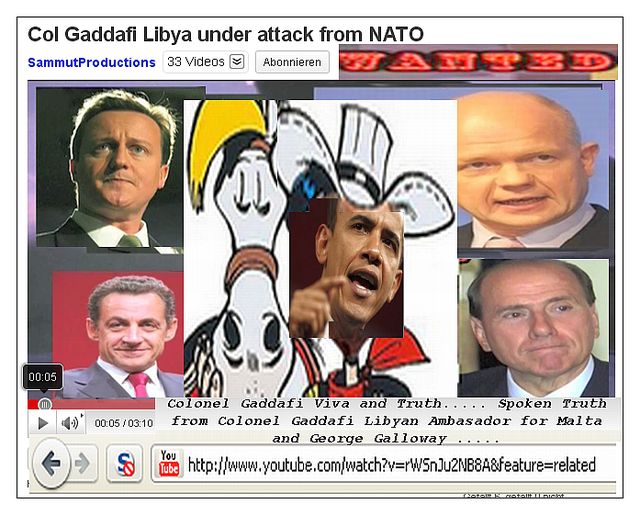 Now, as it's been repeatedly warned by many for sometimes, even Syria is rapidly becoming another Libya.

As many have also repeatedly cautioned the international community, to isolate and demonize Syrian government and its national leadership, with very same method the US/West used against Libya, is doubtlessly for the pretext of another US-led NATO military intervention.

Their strategy to prey Syria is an exact copy of the Libyan case which was (and still is!) extremely deceptive, solely based upon the US/West's massive media campaign of disinformation, fabrication, flat lie propaganda, together with their covert military intervention in the name of so-called "civilian armed insurrection against authoritarian dictatorships."

However, it’s now well-known, thoroughly-documented and broadly-publicized that those so-called "civilian-turned-into-armed rebel groups both in Libya and Syria have been funded, trained, and orchestrated from/by outside, specifically by US, Britain, Israel and now, even, clandestinely assisted by Turkey," the supposed-to-be their trusted Arab neighbor.

(See, in regard to the above argument, Prof. Chossudovsky's most recent article: The Destabilization of Syria and the Broader Middle East War: