Peter Tatchell will be speaking at a public meeting on 9 July in London, three days before Julian Assange's appeal against extradition to Sweden is heard at the High Court in London (12-13 July). Other speakers at the meeting will include Iraq War veteran, war refuser and whistle-blower Ben Griffin and ex-prisoner of the US and anti-war activist Ciaron O'Reilly. Live music too. 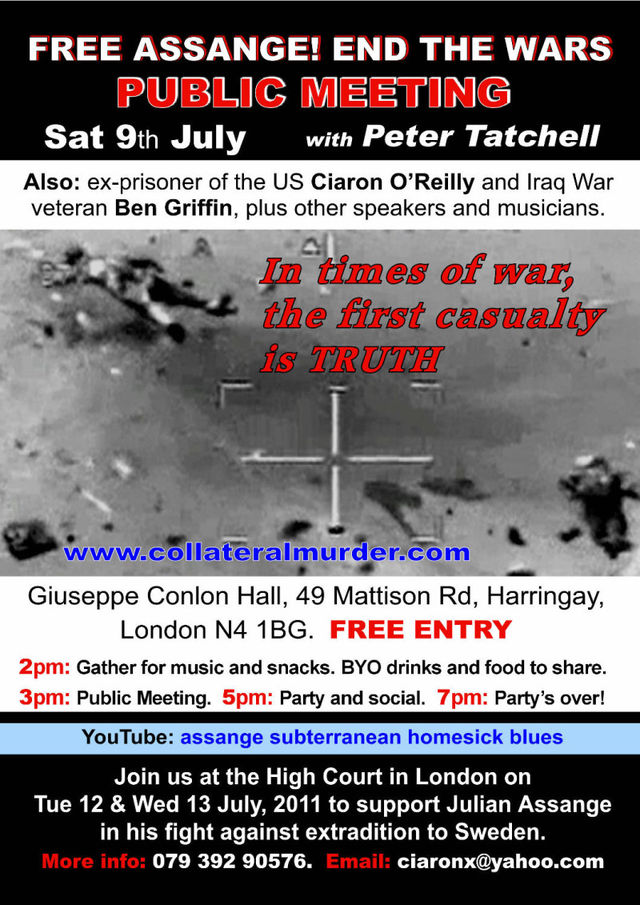 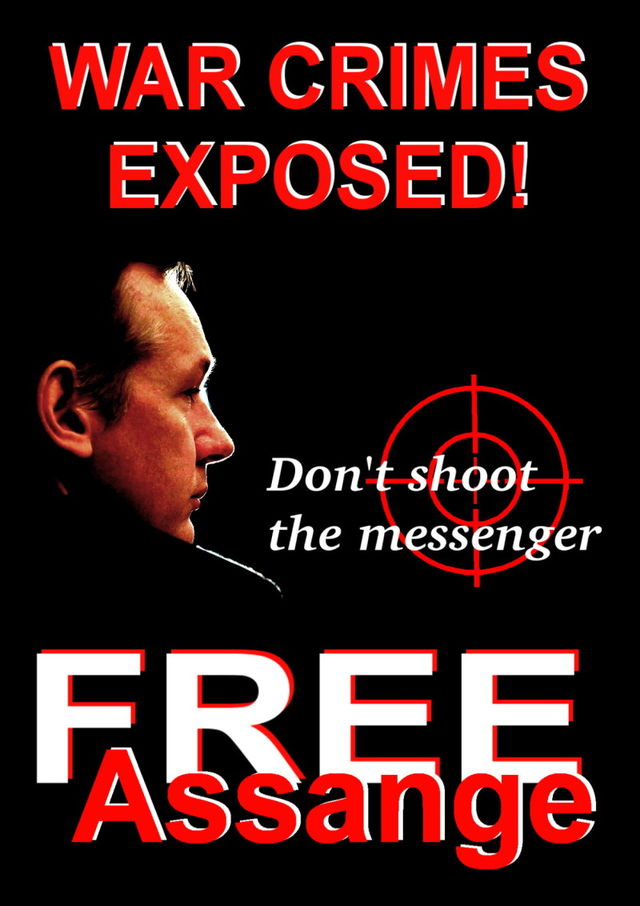 Exposing war crimes is not a crime!

Julian Assange, WikiLeaks editor-in-chief, is appealing against a ruling that he should be extradited to Sweden over alleged sexual offences, where he would face a secret trial held behind closed doors. Once there, he would likely be extradited to the US to face charges in relation to his WikiLeaks activities. In a letter to the Guardian on the subject of Sweden's extradition request, Katrin Axelsson of Women Against Rape wrote: "There is a long tradition of the use of rape and sexual assault for political agendas that have nothing to do with women's safety... Women don't take kindly to our demand for safety being misused, while rape continues to be neglected at best or protected at worst" [The Guardian, 8 December 2010].

See also this article which examines the coverage of the story in the Swedish media:

Back in the US, a Grand Jury has been convened around the WikiLeaks disclosures and is busy issuing subpoenas which require witnesses to answer the Jury's questions or face jail themselves. Bradley Manning still languishes in a US military jail, held in detention for over a year, for most of that time under conditions of torture, and facing charges which could carry the Death Penalty.

FREE ENTRY. ALL WELCOME.
Public Meeting 3pm.
BYO drinks and food to share from 2pm.
Stay afterwards for networking and socialising until 7pm.