The startling development the tragedy of Black male deaths in police custody continues after yet another black man ends up dead after contact with the West Midlands Police.

Demetre Fraser a 21 year old black man is from Peckham south east London and represents the second highly suspicious death in the custody and care of West Midlands Police force following on from the controversial death of Kingsley Burrell. The recent deaths in police custody of Smiley Culture aka David Emmanuel, Kingsley Burrell and now Demetre will inflame police community tensions, already stretched to breaking point. 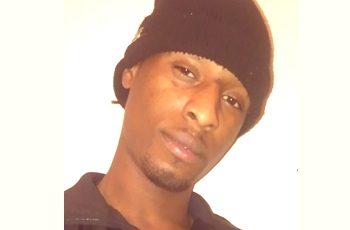 Demetre was temporarily staying in Birmingham's Druids Heath area. He was on bail as a result of a petty assault charge after a dispute with his girlfriend. That compliant was subsequently withdrawn. His bail conditions were that he was to reside outside of London and on the 31st May at around 9 am West Midlands Police visited Demetre for what should have been a simple routine tag check. He was outside of his curfew time and there was no requirement for him to be home at that time.

The official version of events is that during the visit from two West Midlands Police officers Demetre committed suicide by jumping from the 11th floor of the high-rise block where he was staying temporarily.

His mother Ms Jossette Fraser who says that neighbours reported to her that they heard a huge commotion on the morning Demetre died, and that there is clear evidence of a desperate struggle taking place on the 11th and 8th floor rubbishes that version of events.

Ms Fraser said; "I received the call from the Police that my son was in hospital and immediately rushed to Birmingham within the hour of my arrival my son had died in theatre. I am beside myself with grief and have had to have medication from my doctor to cope.

They are trying to tell me my son jumped off an 11th floor balcony and killed himself. Why? His girlfriend had withdrawn the charge against him and he knew that. He was waiting for the Crown Prosecution Service or the Police to formally tell him so he could come home to Peckham.

He was reunited with his girl and looking forward to coming home and his friends spoke to him every day. My boy was happy and was just waiting for the charges to be dropped so he could come home."

She added; "My family and Demetre friends are all in a state of deep shock and disbelief. His girlfriend is beside herself and we are demanding that West Midlands Police immediately suspend the two officers concerned whilst we get to the bottom of what actually happened.

"The idea that my son committed suicide is some sort of sick joke. Black men are not safe in Police custody Demetre, Smiley Culture and Kingsley Burrell proves that.

My son was popular and well known in Peckham he was a very pleasant young man. Everybody who met him liked him. It is clear from what I have been told that the Police and my son were involved in a violent struggle that led to his death. His body shows no obvious signs of having dropped 11 floors and there are huge contradictions in what the police say happened and what local neighbours say they heard and saw."

The case had been referred to the Independent Police Complaints Commission who has bizarrely referred the matter back to West Midlands Police. That will result in the police investigating the police which is entirely unacceptable.

A national march organised by the family of Kingsley Burrell and planned to take in Birmingham on the 2nd of July, the Demetre family will be in attendance and plan to speak at the demonstration.

Demetre's mother said; "I cannot rest until I get justice for my son and I appeal to everyone to support the demonstration and help us get justice for Demetre, Smiley Culture and Kingsley."

Maxi Hayles from Birmingham Racial Attacks Monitoring Unit who recently lost all their funding and are running solely on volunteer effort expressed the outrage and frustration of the local community.

"The black community is outraged that yet another young black man has died at the hands of the West Midland Police force. They need to immediately suspend the officers involved in Demetre's case. We have just lost Smiley then Kingsley Burrell and now within weeks this young man.

How much more can we take? The West Midlands Police is out of control and we are reliving the worst days of the 1980's all over again."

Supportors for the family said;"We have a real problem with West Midlands Police force. Black men are not safe in their hands and what happened to Demetre follows a consistent pattern. Black man gets arrested in Birmingham, black men dies in suspicious circumstances, no one is held to account no one is found guilty. Black life seems cheap in Birmingham.

In truth we need a public inquiry into all suspicious deaths in custody as called for by the Smiley Culture and Kingsley Burrell campaigns. There is a real crisis of confidence and black community police relations are severely strained. No one believes the police, no one has any confidence in them, and no one trusts them. Black deaths in custody has become a national scandal and the march on the 2nd July is our opportunity to demonstrate that we will not simply sit back and watch racist police officers act with impunity".

The family are asking for public support at the funeral of Demetre. The family plans to walk from the family home in Southwark to the cemetery.

Mourners are asked to gather at Barville Close, London SE4 at 9.00am on the 4th July to accompany the body of Demetre to his final resting place at Nunhead Cemetery.

Jossete appealed for the public to support her in this hour of grief. "I want the public to come and walk with us out of love and respect for my son and in pursuit of justice. I ask that you attend the march in Birmingham and support the call for an independent inquiry into all suspicious deaths in custody. Enough is enough our boys are not safe in the hands of the police and justice must be done "