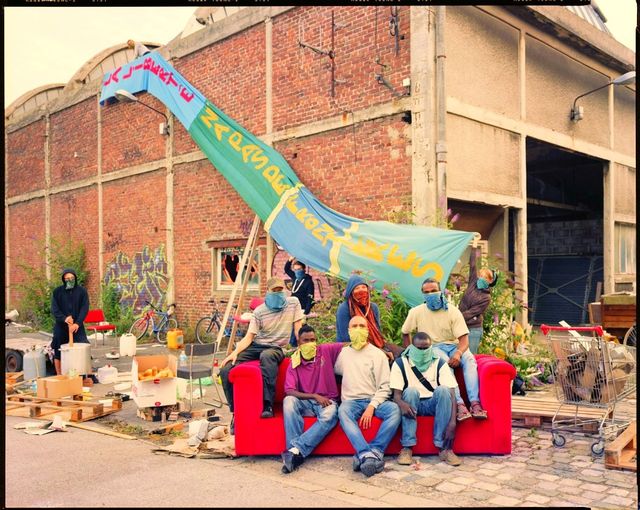 A scene from Africa House

The large industrial complex occupied by dozens and dozens of undocumented migrants, known by them as 'Africa House', was finally evicted this morning after months of threats from the local authorities.

It had become the largest squat in Calais in recent times. Africa House had become something of a misnomer; it had come to be the living space of Sudanese, Eritrean, Ethiopian, Iranian, Pashtun and Hazara (Afghan) migrants, as well as that of the European No Borders activists working alongside them. A spirit of comradeship prevailed with the different communities working together against the enemy; the police, who raided, arrested and assaulted people on a daily basis.

The site, which became a space of music, dance, communal meals, and regular language classes, as well as a battleground over the past year, is to be completely demolished by mid-september.

Residents moved to a new location, known as 'Global House'. However, this new site looks like its going to be evicted *tomorrow*, leaving a large body of the migrant population in Calais completely without shelter. The authorities are currently allowing people to leave the site but are bloaking access to it.

Join the resistance: come to Calais as soon as you can!