Wrexham Peace & Justice Forum held another anti- nuclear stall on Tuesday 28 June in Wrexham town centre, highlighting the amount of public money committed to nuclear weapons at a time of savage public spending cuts as well as the many hazards threatening life on earth, both from nuclear weapons and nuclear power. 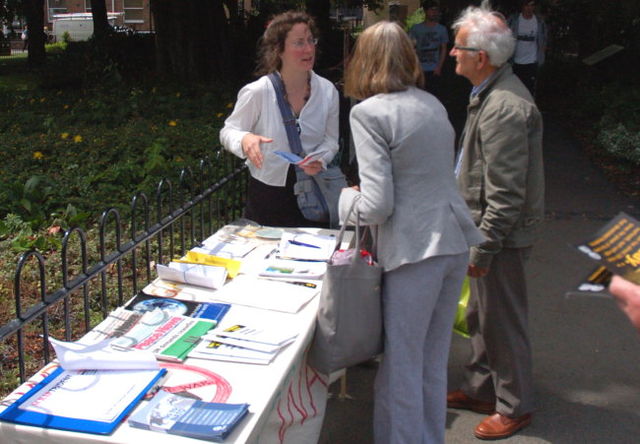 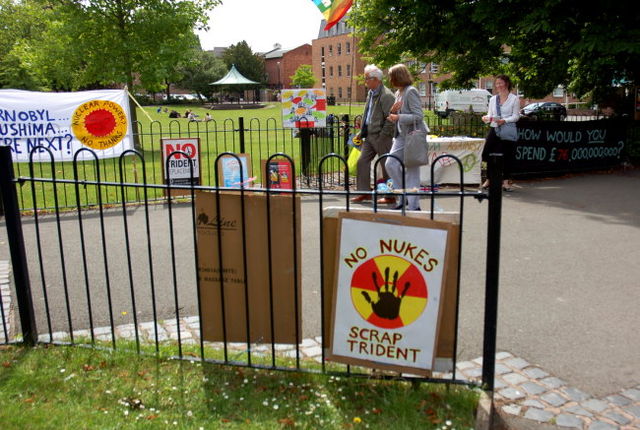 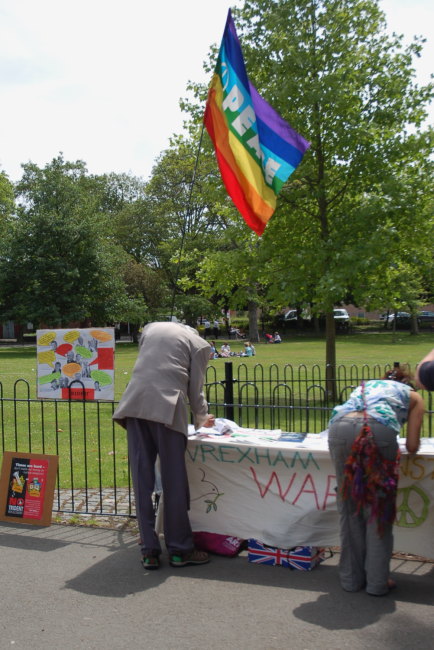 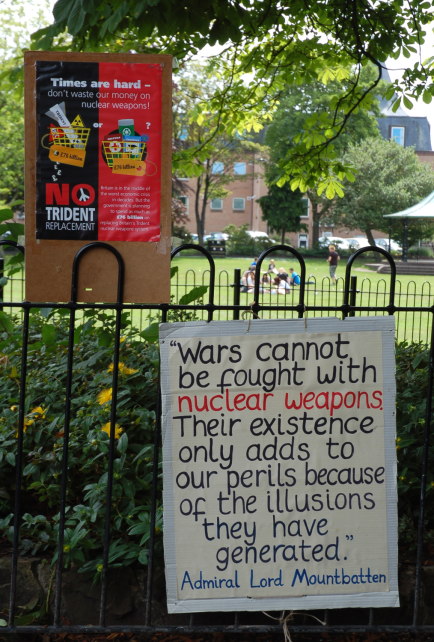 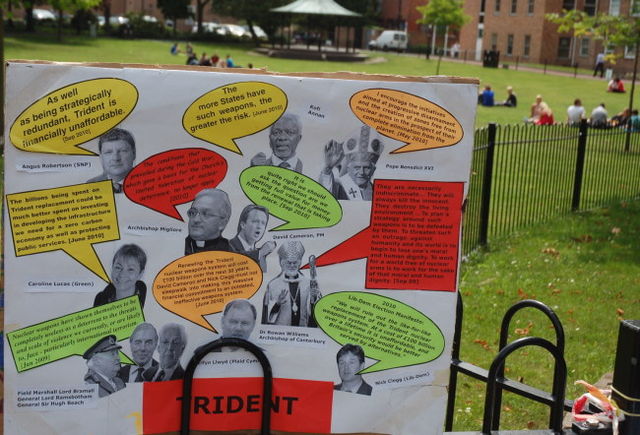 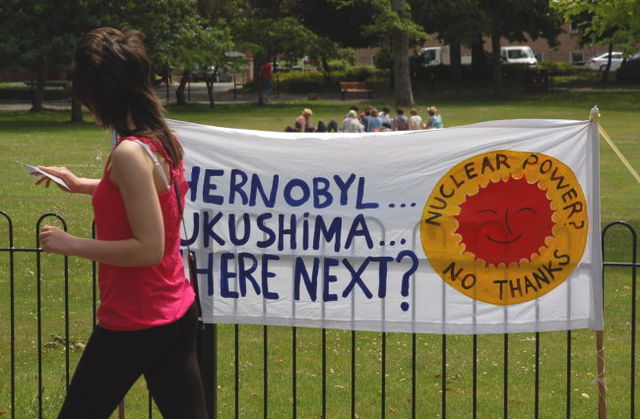 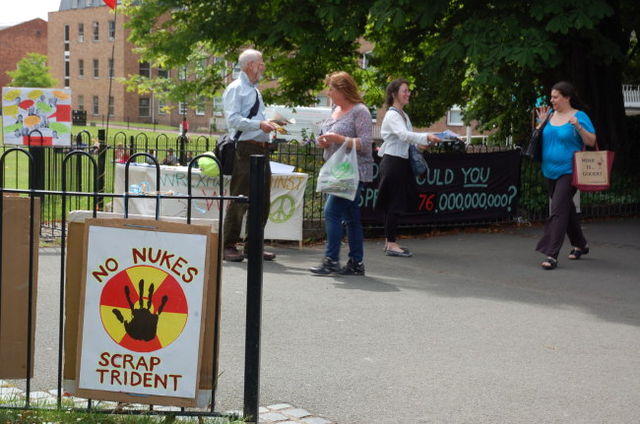 Situated between Yale College and Llwyn Isaf and covering the lunchtime period, the stall attracted many passing students who stopped to chat, signed the CND Scrap Trident petition and took leaflets and stickers. Some students at this stall and the previous one expressed an interest in starting a campaigning group in Yale College in September and left their contact details. We'll be following this up. The stall also attracted interest from people of all ages. After a couple of hours we had pretty much exhausted our supplies of leaflets. There seemed to be fewer apologists for either nuclear weapons or nuclear power this time round.

One of the great things about standing around on the pavement for hours is that you have all sorts of interesting random conversations. One elderly ex-serviceman who stopped to talk to us said he was one of the first human guinea-pigs for nerve gas after the Second World War. Just before the first test had taken place, he had gone to the test centre and, with no one about, had accidentally opened the wrong door and found himself in a small room full of animal corpses, apparently victims of the substance about to be tested on him. He had nevertheless volunteered to be tested in return for some time off duties and a bit of extra pay. When we asked how he had been affected, he explained that when a drop was applied to his arm a severe pain shot up his arm and into his neck. He had been given a pot of 'antidote' cream, which he held in his other hand. Unable to move the affected arm, he tore off the lid with his teeth and rubbed the cream into the affected arm as quickly as he could. He said that he had not suffered long-term effects and described himself as 'very lucky'. At least one serviceman lost his life in subsequent nerve gas tests and many suffered long-term health problems:

Wrexham Peace & Justice Forum will have a stall at the Gig for International Peace during the national Eisteddfod week. The gig will be held at Central Station in Wrexham (the venue not the railway station!) on Friday 5 August, the eve of Hiroshima Remembrance Day, and will include a minute's silence at midnight to remember the victims of Hiroshima and Nagasaki. More information here: