Harry's Place, Islamophobia and the arrest of Sheikh Raed Salah

The arrest late on Tuesday night in London of Sheikh Raed Salah is a very strange business. The political leader of the Islamic Movement in Israel, who has three times been elected as Mayor of his town, Umm al Fahm, has visited Britain without problems before, and his programme this time – including two engagements in the House of Commons - was public knowledge well before his arrival. No objection was made by any UK government agency. 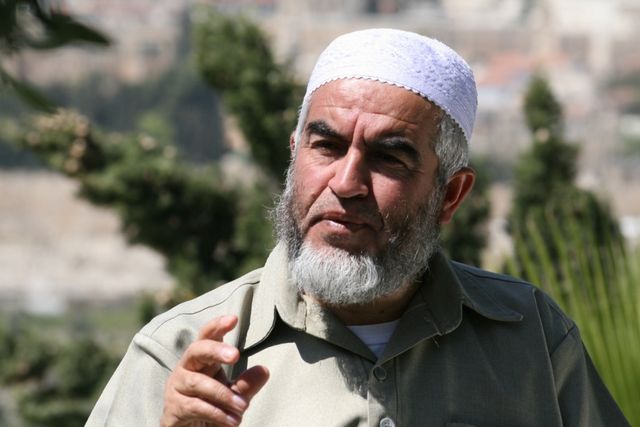 Sheikh Salah entered Britain last weekend entirely openly and legally on an Israeli passport. Now suddenly, the government apparently believes that the Sheikh’s deportation would be “conducive to the public good.” He is now in a detention centre pending legal moves, instead of spending Wednesday evening addressing a large public meeting in the House of Commons.

This arrest follows a virulent and libellous media campaign against his announced visit. He was branded as anti-Semitic and this resulted in the cancelling of one of his public lectures by Queen Mary College, part of London University.

Sheikh Salah disputes all the charges made against him, in particular by the website Harry’s Place which was the source of material for others. Lawyers for him began proceedings against two journalists from the Daily Telegraph and Jewish Chronicle last Friday – two days before his arrival. Curiously the Daily Mail was alone in reporting his arrest during the night.

On Monday afternoon Raed Salah spoke to a meeting in the House of Commons in which he gave a low key detailed analysis of the situation in the Occupied Territories and for Palestinians like him who live inside Israel. He also answered questions about the impact of the Arab Spring on Israel and on Palestine, and about the possible declaration of a Palestinian state at the United Nations in September. All these are issues constantly discussed in specialist circles in Britain No one present at his academic-style presentation would have recognised the person caricatured in much of the media.

He also spoke to a large meeting Conway Hall in London on Monday night (where the Evening Standard alleged he failed to appear), and on Tuesday he spoke in Leicester.

We have freedom of speech in this country. And given the poor record of current and past governments in doing anything to bring peace to the Middle East, it is surely absurd and counter-productive to ban a much respected and much elected leader from speaking to us, as an expert about his own country.
Sheikh Salah has told his lawyers he would welcome a court case fighting his deportation. Such a case, as well as the defamation case already begun, would give people in Britain a valuable opportunity to hear for themselves and judge what kind of man our government has tried to stop us hearing from.