UK Defence Secretary Liam Fox, whose private trip to Sri Lanka was pulled down by an embarrassed and irritated Foreign Office, soon after the fiasco of the Sri Lankan president Mahinda Rajapaksa's failed attempt to use the Oxford University for his despotic political purposes is now being sent there on an official capacity Saturday 9th July. 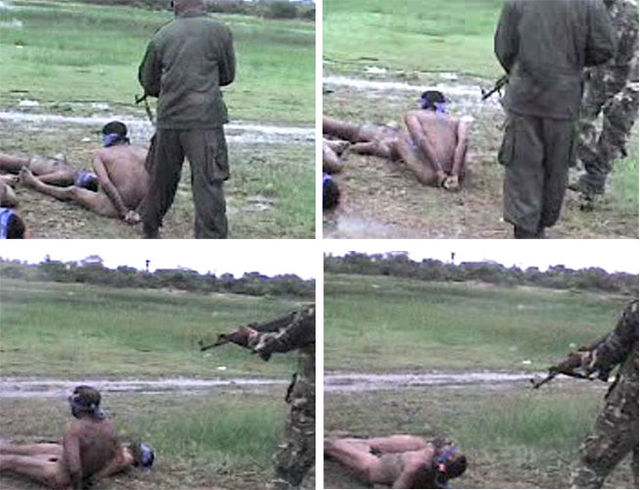 The Daily Mirror is reporting from Colombo, citing UK High Commission press briefing that Liam Fox will deliver the Lakshman Kadirgamar Commemoration lecture. Lakshman Kadirgamar was yet another product of Oxford University who was to become the foreign minister of Sri Lanka until his assassination in 2005.

Liam Fox was due to deliver his speech during a private trip hot on the heels of his close friend Mahinda Rajapaksa's trip to the Oxford Union. Since serious allegations of war crimes and crimes against humanity had been leveled against Mahinda Rajapaksa and as he faced threat of arrest in the UK on the same charges, it was largely thanks to personal assurances offered by the UK Defence Secretary that the trip on the 1st of December had been undertaken. The eventual fiasco whereby a president was helped to flee before the courts opened the next day as he or members of his entourage were destined to be arrested by the metropolitan police it was again Liam Fox who was the prime suspect in tipping off the alleged war criminal of the impending danger,
Next Liam Fox's return trip ran in to trouble as the Foreign Office turned on the heat and even commented via national press that the Defence Secretary shouldn't be doing politics at this level.
Besides the a spate of damning Wikileaks on Sri Lanka came out around this time and it was clearly not the time to attract attention to the Defence related shenanigans. [1]

Now lot of water has flown under the bridge as Channel 4 telecast an hour long shocking documentary, the Killing Fields of Sri Lanka. [2] the global re-telecasting of this video itself has single handedly turned the heat on for credible and independent international investigations in to a massacre civilians in a truly gigantic proportions. It is now feared a number in the excess of 100,000 was massacred in the final three months of the war that ended in mid May 2009 - all under complete denial helped most by no one other than Liam Fox.

Liam fox had visited Sri Lanka many times paid for by the government of Sri Lanka and one such visit in March 2009 was at the time when it is now reported that hospitals were being deliberately and repeatedly targeted. Liam Fox had lengthy meetings with every top ranking politician including the president and people from the defence industries in Sri Lanka during this period. He was even photographed laughing and enjoying himself at such meetings, It is noteworthy that the previous year, 2008, in the last quarter £18 million worth of arms licences were granted to Sri Lanka. The massacre was only starting then, March 2009. As it culminated in sometime in May 18 2009 many tens of thousands more were brutally murdered and Liam Fox was making more and more trips to the Indian Ocean island to be even recognised as a power broker.
This was most evident when he called for civil courts to try the country's army chief General Sarath Fonseka as he was being 'framed' for corruption. Although the general was eventually seen to by a military court and is put away in prison Liam Fox continued to try and broker peace between the Mahinda Rajapakse and Sarath Fonseka.

Channel 4's powerful documentary Killing Fields and the UN Secretary General's Panel Experts' Report on Sri Lanka [3] as release in April 2011 have now begun to haunt the leaders of Sri Lanka, the very same ones who were in power during the massacres of 2009. Some are even foreign nationals such as citizens of the US, UK and Australia (The ex Army Chief now in prison, current Defense Secretary, then Foreign Secretary, then presidential advisor and yet another brother of the president who is deeply implicated in the most serious crimes in question ...)

What is the real purpose of Dr. Liam Fox's visit at this crucial juncture as the noose of international jurisdiction is about to be extended in to Sri Lanka through the UN?

At least the trip is official this time around and some answers may come out of the various parliamentary processes that are currently underway in the UK. The UK parliament is about to pass a motion demanding international independent inquiry in to the war crimes in Sri Lanka.!

http://www.channel4.com/programmes/sri-lankas-killing-fields/4od
as the above link is due for expiry soon also try Youtube or Torrents for 'Killing Fiels'+'Sri Lanka'
[3]