America's dirty war, in fact, targets Blacks, Latinos, Native Americans, political activists, and Muslims for their faith, ethnicity, and at times prominence and charity, exploiting them as "war on terror" scapegoats.

America's media ignore how unjustly it harms millions of disadvantaged people. Instead, they regurgitate spurious high-profile case accusations, always when Muslims are affected. Most often they're men, occasionally women, bogusly charged with terrorism or conspiracy to commit it, when, in fact, they're guilty only of being targets of choice and/or being in America at the wrong time. 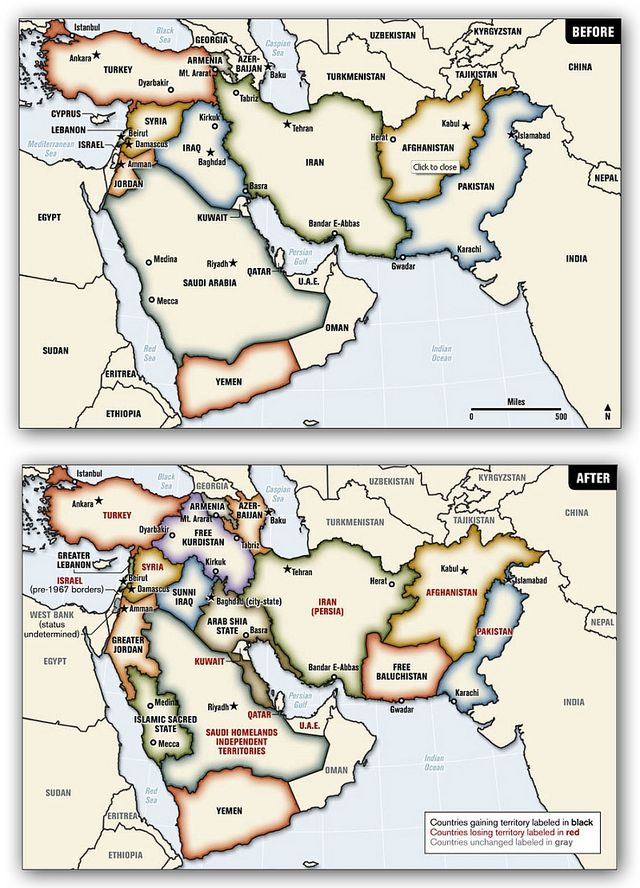 
America's dirty war, in fact, targets Blacks, Latinos, Native Americans, political activists, and Muslims for their faith, ethnicity, and at times prominence and charity, exploiting them as "war on terror" scapegoats.

On July 9, a Press TV US prison system racket interview highlighted the problem and urgency to address it, accessed through the following link:

America's media ignore how unjustly it harms millions of disadvantaged people. Instead, they regurgitate spurious high-profile case accusations, always when Muslims are affected. Most often they're men, occasionally women, bogusly charged with terrorism or conspiracy to commit it, when, in fact, they're guilty only of being targets of choice and/or being in America at the wrong time.

Why Muslims when, in fact, Islam teaches love, not hate; peace, not violence; charity, not selfishness; and tolerance, not terrorism; or that Islam, Christianity and Judaism have common roots.

Who'd know though in today's climate of hate and fear at a time America wages global wars on Islam, including at home.

Obama's Justice Department will "prosecute (Warsame) in civilian court," likely "reignit(ing) debate about (whether) to bring newly captured detainees to" Guantanamo, try them before military commissions, or do it "in civilian court."

While admitting Warsame plotted no attack, and that administration officials gave contradictory accounts of his importance, the article presumed guilt by accusation.

It failed to question whether or not charges are legitimate, let alone his illegal capture, detention, interrogation, and likely torture at sea secretly for over two months.

Quoting "human rights attorney" John Sifton, his best shot was saying, "It is not exactly satisfactory, from a legal point of view," adding "that the Justice Department is better suited to prosecute" than a military tribunal, instead of explaining what authority gives either the right.

In addition, he didn't question the core guilt or innocence issue or whether Warsame can get due process and judicial fairness in any court, given the circumstances of his capture, charges with no evidence, and America media's acting as judge, jury and executioner.

"AHMED ABDULKADIR WARSAME, aka "KHATTAB," aka "FARAH," aka "ABDI HALIM MOHAMMED FARA," aka "FAREH JAMA ALI MOHAMMED" has been indicted on charges of providing material support to al Shabaab and al Qaeda in the Arabian Peninsula ("AQAP"), two designated foreign terrorist organizations, as well as conspiring to teach and demonstrate the making of explosives, possessing firearms and explosives in furtherance of crimes of violence, and other violation."

In fact, no evidence exists when suspects are charged with providing material support or conspiracy to commit terrorism. Moreover, in 2008, the State Department bogusly designated Al Shabaab a "foreign terrorist organization" like it's shamelessly done to other groups, scapegoating them for political advantage. More on that below.

DOJ said America's military captured Warsame on April 19, 2011, "question(ing him) for intelligence purposes for more than two months," allegedly after (but very likely never) reading him his Miranda rights."

Manhattan US Attorney Preet Bharara called him "a conduit between al Shabaab and al Qaeda in the Arabian Peninsula - two deadly terrorist organizations - providing material support and resources to them both."

In fact, Al Shabaab members are Somali freedom fighters, not terrorists, and Al Qaeda is a 1980s CIA creation. Moreover, no nation may charge citizens or residents of another one with alleged internally committed crimes. Only host countries may do it, but it doesn't deter America's military or covert CIA agents from lawlessly operating anywhere, at times with complicit regimes - pressured, intimidated or willingly going along.

Warsame's indictment alleges that "at least (from) 2007 until April 2011, (he) conspired to provide and provided material (support) to al Shabaab (and) allegedly fought on (its) behalf (in) Somalia in 2009 and provided other forms of support....including explosives, weapons, communications equipment, expert advice and assistance, and training."

Other allegations included providing money, training, various other weapons, facilities and personnel, with no evidence proving anything only host countries may address if legitimate.

Count Three: Use, carrying, and possession of firearms (machine guns and destructive devices) in furtherance of crimes of violence (in Counts One and Two);

Count Six: Use, carrying, and possession of firearms (machine guns and destructive devices) in furtherance of crimes of violence (in Counts Four and Five);

Count Seven: Conspiracy to teach and demonstrate the making of explosives;

Count Eight: Conspiracy to receive military-type training from AQAP; (and)

If convicted on most or all charges, Warsame faces life in prison even though all the above charges are spurious.

The full press release can be accessed through the following link:

Notably post-9/11 alone, America committed horrific crimes of war and against humanity in multiple theaters, including Somalia, waging imperial wars on Islam, killing millions in the process - genocide by any standard.

Established by the Rome Statute in July 2002, the International Criminal Court is mandated to prosecute individuals for genocide and aggression, as well as crimes of war and against humanity. Instead, it functions solely as an imperial tool, targeting victims, not mega-criminals like US warlords and co-conspirators.

On the Horn of Africa, Somalia is strategically adjacent to the Red Sea, Suez Canal, the area's vital commercial waterways, and neighboring Sudan, valued for its oil and gas reserves nation's like America, China, India and others covet.

In December 2006, Washington-backed Ethiopian forces unseated the governing Union of Islamic Courts (UIC), replacing it with a Transitional Federal Government (TFG). Thousands were killed. Over a million became refugees.

In January 2009, Ethiopian forces temporarily withdrew, following an agreement between the TFG and the Alliance for the Re-Liberation of Somalia (ARS), a UIC coalition with other opposition forces. However, fighting continues with America backing TRG/African Union forces to keep Islamists from regaining power.

Including moderate and radical elements, UIC members aren't terrorists. They're freedom fighters, struggling to liberate their country and end years of conflict, divisions and instability. Mogadishu traders initially set it up to bring order to the city's insecurity, and end clan divisions after years of instability and civil war in most parts of the country.

Al Shabaab and other opposition forces continue the struggle. Portions of its rank and file call themselves the Mujahideen Youth Movement (MYM). Estimates of its strength size vary from several thousand to double that number or more, new recruits replacing others injured or killed.

In May 2009, AFP reported Ethiopian forces back in Somalia despite its communications minister, Ermias Legesse, claiming otherwise. Witnesses, however, saw troops and dozens of armored vehicles engaged in fighting.

"Somali government troops and allied militias (battled) Islamist militants....near the Kenyan and Ethiopian borders," claiming "a string of victories," according to Somali officials who lie like American ones and major media.

On February 29, 2008, the State Department designated Al Shabaab a Foreign Terrorist Organization under Section 219 of the Immigration and Nationality Act (as amended) and as a Specially Designated Global Terrorist under Section 1(b) of Executive Order 13224 (as amended).

On July 13, 2010, The New York Times called the organization "one of Africa's most fearsome militant Islamic groups....affiliat(ed) with Al Qaeda since 2007. (For) years, (it) threatened Uganda, Burundi, and terroriz(ed) the Somali public, chopping off hands, stoning people to death and banning TV....in their quest to turn Somalia into a seventh-century-style Islamic state."

As usual, Times reports bear no relation to reality. Instead, they regurgitate official Washington's position, without explaining Somalia's strategic importance, and America's imperial interest, waging direct and proxy wars of conquest and domination unendingly for years, causing a longstanding humanitarian crisis in the process.

The UN/African Union army was "increased by thousands of Ugandan troops along with dozens of additional tanks, heavy artillery and helicopter gun ships."

At the same time, "the UN is overseeing the slow death by starvation of the million Somalis they are responsible for," as part of America's "war on terror." For over 20 years, in fact, Washington turned Somalia into a "hell on earth," what major media reports, including The Times, won't report or highlight Mountain asking, "Where is our humanity?"

It's nowhere in sight anywhere, waging imperial wars abroad and dirty ones at home against Islam. Legitimate journalism would highlight it in feature reports.

However, instead of comforting the oppressed and oppressing the comfortable, America's mainstream does the opposite, shamelessly supporting wealth and power, not popular needs, truth and justice, or right over wrong, complicit for their own self-interest.

No wonder, growing numbers value alternative sources for real news, information and analysis like this web site and programs like the Progressive Radio News Hour.