Last week, a 20 year old man was given twelve months for violent disorder relating to protests on March 26th outside Fortnum and Masons. He threw two placard sticks, neither of which hurt anyone nor were capable of causing harm.

This man, pictured in one of Operation Malone's witch hunts, handed himself in, gave admissions in interview and plead guilty at the first available opportunity. In mitigation his barrister explained he travelled to the demo because felt strongly about the cuts, did a lot of voluntary work and was due to start university in September. 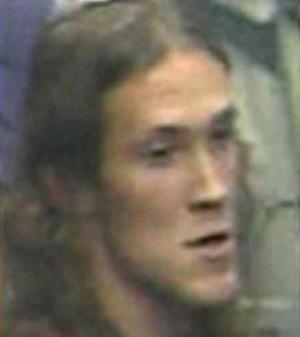 Twenty five minutes of footage were played in court, and the judge, Nicholas Price, made it clear he was punishing Francis for the actions of others. There was no evidence he knew any of the other people or that there was any element of conspiracy.

We are not pretending it is easy to face violent disorder charges and crown court trials. Several fitwatchers have had crown court trials and we know how scary it can be. We give full and unconditional solidarity to all those facing charges from these protests regardless of how they have chosen to conduct their cases.

However, these cases must be challenged. Make no comment in police interviews and if they want to take us to court, fight them all the way and make them prove their case. Remember self defence is no offence and policing operations can be challenged in court.

Nobody gains from locking up people like Francis Fernie - this was a victimless crime where no one was hurt. Society doesn't gain, it loses. It loses a committed young man doing voluntary work and about to go to university.

The police and the courts are trying to crush dissent. The Met are going into intimidation overdrive using intesive stop and searches and arbitary arrests. Meanwhile, following the guidance of the ridiculous sentences given to the Gaza protesters, the courts are doling out disproportionate sentences attempting to show us protest will be not be tolerated.

Militant street action is always followed by a state crackdown. It would be unrealistic to expect anything different and it leaves us with a clear choice. Do we retreat back into our cosy lives or do we accept the risks and continue to build the struggle? Do we slink off with our tails between our legs or do we stand proud and defiant and fight back?

This is a sick system punishing a promising young man for the actions of others. It is a diseased system. It is rotten to the core and must be fought, resisted and broken