Today a county court posession order was served on the anti-coal mining site in Shropshire at Huntington Lane. We are sending an URGENT CALL OUT for as many people as possible to come down and support us in whatever way they can! 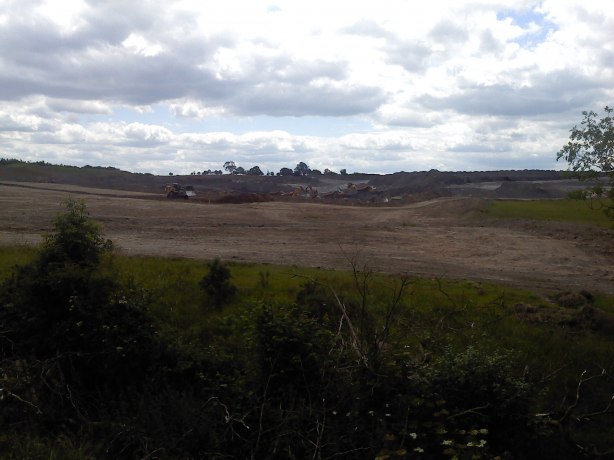 The Shropshire anti-coal site at Huntington Lane was set up in April last year to defend the site against UK coal’s plans to mine the huge site set in thousands of hectares of beautiful woodland in the heart of Shropshire’s beautiful countryside.
See the website at

http://www.defendhuntingtonlane.wordpress.com/ for a run-down of the actions, events and campaigns in the last year of action-packed resistance to UK Coal.
On October 13th UK coal along with NET (National Eviction Team), who are currently working as security on the site, moved in on the southern part of site and have begun work, trashing the land with a large array of massive earthmoving equipment.
The camp is still going strong, however today a county court posession order was granted in Telford County Court.
It is likely that they will also seek a high court posession order, granted in situations where public order is a factor and allowing them to evict at any time.

We're calling out for people to come and resist the coal mining both before and after the seemingly imminent eviction, as bailiffs and police are expected at any time in force.
Come to the fields and the woods to prepare for the siege of huntington lane!