In Colchester, one young man has just been charged under the 2007 Serious Crime Act for organising a fight... with water pistols, while another languishes in a military prison for refusing to take part in rifle training with real guns. What sort of a message does this send to our young people? 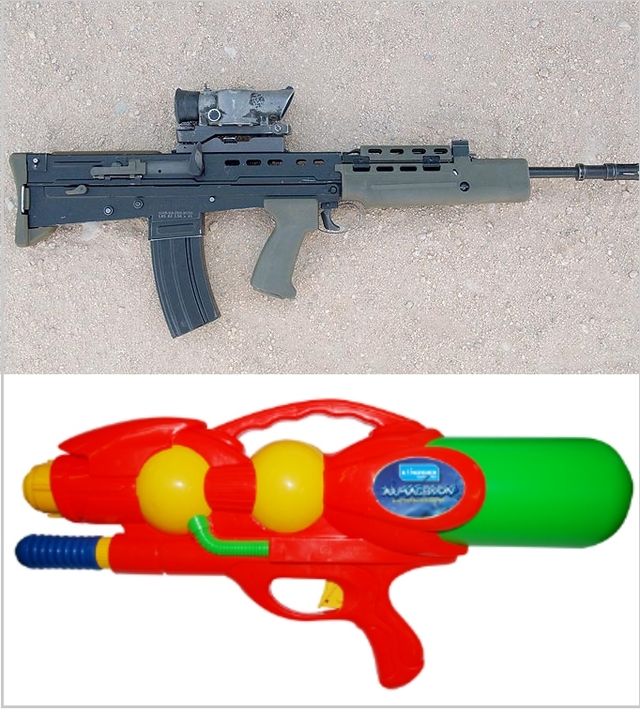 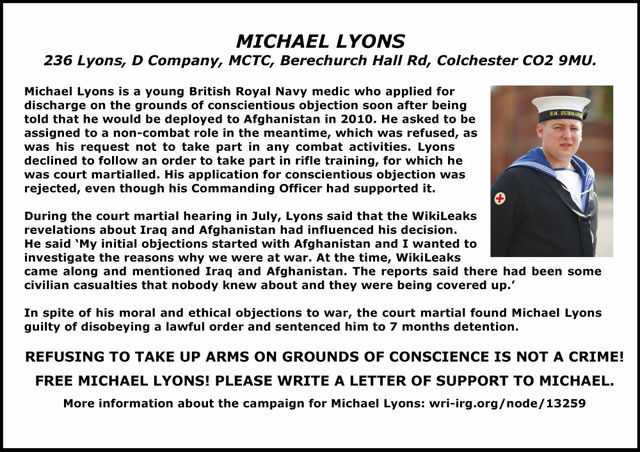 THE CRIME OF PLOTTING A (WATER) FIGHT

The Guardian reported today that a 20 year old man was arrested last Friday and has
been charged with "encouraging or assisting in the commission of an offence" under
the 2007 Serious Crime Act, although the actual offence he's supposed to have
committed in using his mobile phone to circulate info about a planned water pistol fight isn't clear.

With all the government hype about wanting to close down social networking sites in
the wake of the recent riots, cops in Essex have been snooping about on Facebook and
Blackberry Messenger and uncovered the dastardly plot to have a bit of summery fun
in Colchester.

Earlier this month, many young Iranians who took part in a water pistol fight in
Tehran were arrested and detained following calls made on conservative websites for
those responsible to be identified and punished. The Guardian report begins: "In the
40C heat of an Iranian summer, what better way to have fun and stay cool than a
water fight with friends? In the Islamic republic, however, things are a bit more
complicated"... in Cameron's "crackdown" Britain too, it seems. Next we'll be seeing the Iranian and British authorities co-operating to stamp out this international crime wave.


THE CRIME OF REFUSING TO FIGHT

Meanwhile, Michael Lyons, a navy medic from Plymouth, who read the WikiLeaks disclosures about the wars in Iraq and Afghanistan, made an application for conscientious objector status prior to his deployment to Afghanistan and subsequently refused to take part in rifle training, has been court martialled and sentenced to seven months detention in a military prison in Colchester.

There will be a vigil for Michael Lyons outside the military prison in Colchester on Saturday 3 September from 3pm – 5pm at Berechurch Hall Rd, Colchester CO2 9MU. The vigil will be at the junction with Stoneacre Road at the entrance to the military
detention facility.

Perhaps some of the would-be combatants from the thwarted water pistol army in Colchester will come along to show their support and help explain some of the things the government doesn't seem to grasp:

- why giving the cops more riot training will only make things worse.