The rising tide of islamophobia in France.

The neo fascist Front National party in France is riding a wave of anti-immigrant and anti-muslim sentiment in France as the latest manifestation of this shows. 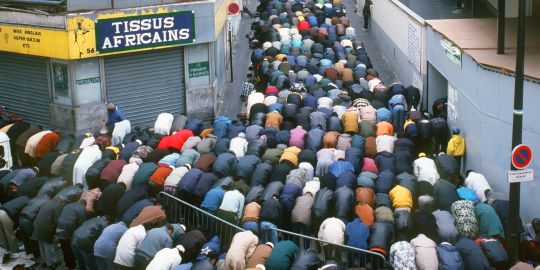 The neo fascist Front National party in France is nowadays led by the somewhat friendly Marine le Pen. Or at least friendlier than her father Jean Marie le Pen an avowed nazi and petainist sympathiser and former soldier in the French Foreign Legion serving in 'intelligence' in Indochina (Vietnam) and Algeria. The horrors Le Pen the torturer inflicted on algerians in their independence war against imperialist France were never investigated and never punished. Make no mistake the FN of Marine Le Pen leader since 2011 is every bit as extreme as when her father grabbed the headlines