Gaza children’s images of war censored under pressure from US Israel lobby .... Pro-Israel organizations pressured an Oakland children’s museum to cancel an upcoming exhibition of drawings made by Palestinian children in the Gaza Strip. ...The censored drawings were created through local children’s mental health initiatives in Gaza immediately following Israel’s attacks in the winter of 2008-09, during which approximately 1,400 Palestinians, including more than 300 children, were killed. 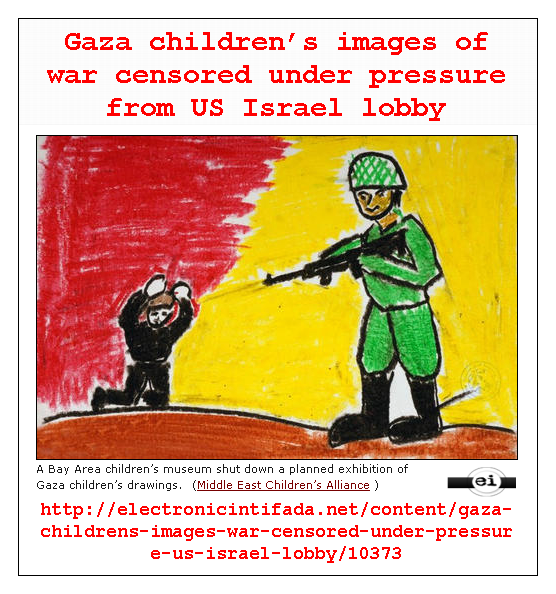 Ziad Abbas, associate director of MECA, told The Electronic Intifada that several art-based organizations in the Gaza Strip began working with traumatized children in an effort to help them channel their fears, anger and trauma through artistic expression. Those drawings resulted in the collection of artwork that was to be showcased at the children’s museum. ....... M O R E: