After the ‘March for the Alternative’ in London on March 26th, thousands of people joined the TUC ‘Birmingham for the Alternative’ march on the Lib Dem conference on Sunday September 18th. There was a wide range of trade union participation, especially from public sector unions who recently announced a new wave of national strikes for November 30th. Student activists were also present, with a banner drop by the National Campaign against Fees and Cuts reminding conference delegates of Nick Clegg’s broken promises of opposing rises in tuition fees.

Plans for a third TUC demonstration, the Manchester ‘March for the Alternative’, are underway for the first day of the Conservative Party conference on October 2nd. Tens of thousands are expected to march past the conference centre and the ‘ring of steel’ around it, protesting against an agenda of cuts and austerity for the benefit of the rich. A coalition of anarchists, socialists, trade union activists, student unions and democracy campaigners, dubbed Occupy! Manchester, are also calling for an occupation of Albert Square, outside Manchester Town Hall, to create an assembly of protest on the doorstep of the Tory’s conference, and a place for real debate and discussion about the alternatives.

Plans for occupations and assemblies in Britain have been inspired by the large and vibrant student protests that took place last winter and by the popular demonstrations elsewhere. In New York, people’s assemblies were held on Wall Street on September 17th, the occupation there is on-going with a 24 hour camp in Liberty Plaza. a ‘March to Brussels’ has so far reached Paris. In London, another national student demonstration has been called for November 9th. 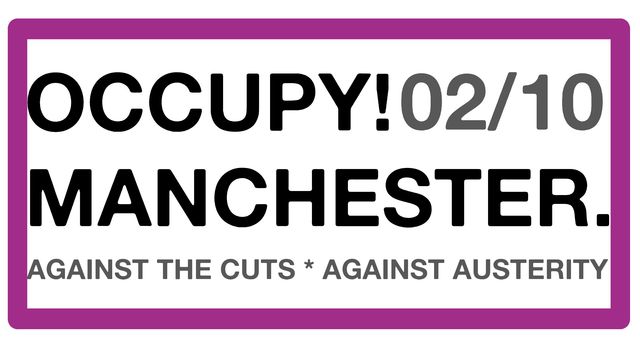 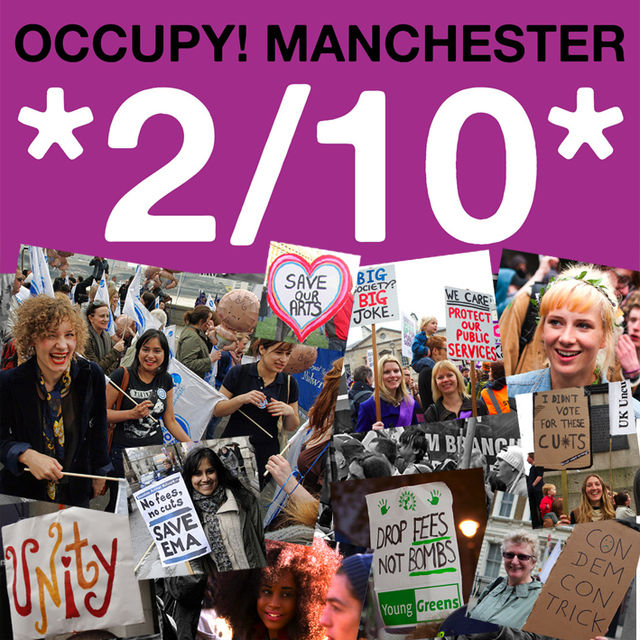