http://landandfreedom.squat.net ) and intrigued local folk get to share an al fresco cinema experience centred around the 1975 biopic of the great English revolutionary pamphleteer and Digger Gerrard Winstanley (

http://en.wikipedia.org/wiki/Gerrard_Winstanley ). Under the spreading London planetrees, we enjoyed reclaiming our C17 radical history, the better to empower ourselves for ensuring C21 continues to be a century of radical history in the making. 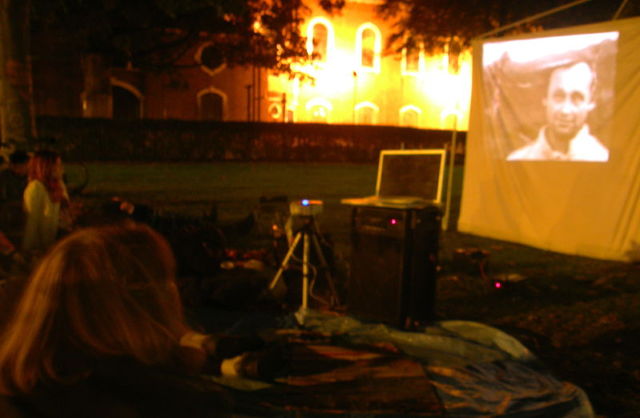 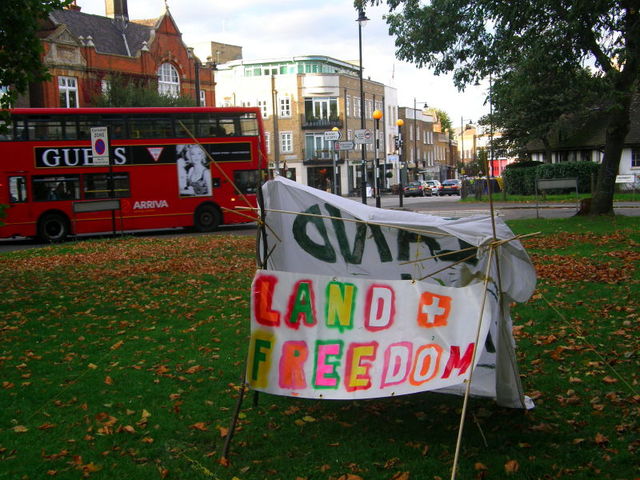 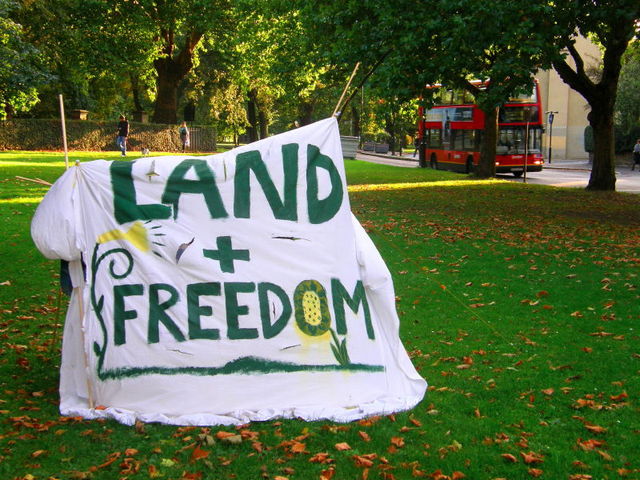 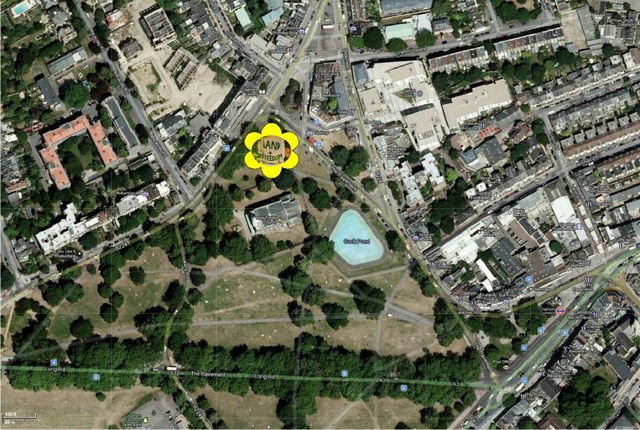 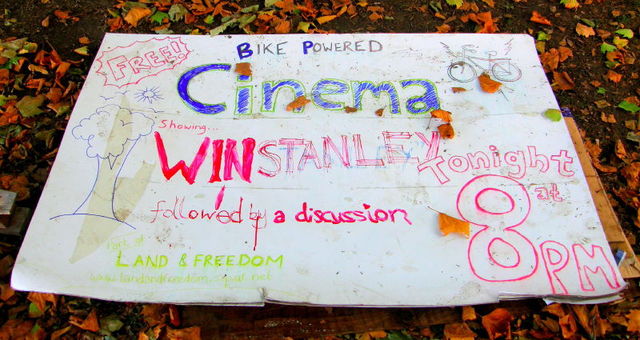 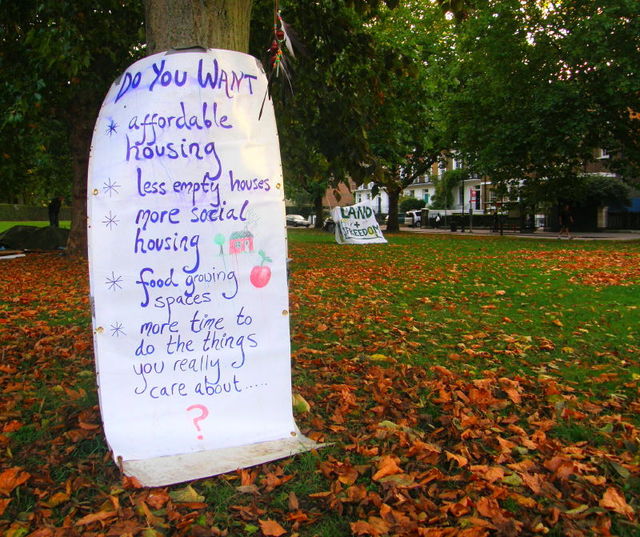 B2. Sometimes the secret of success is asking the right questions 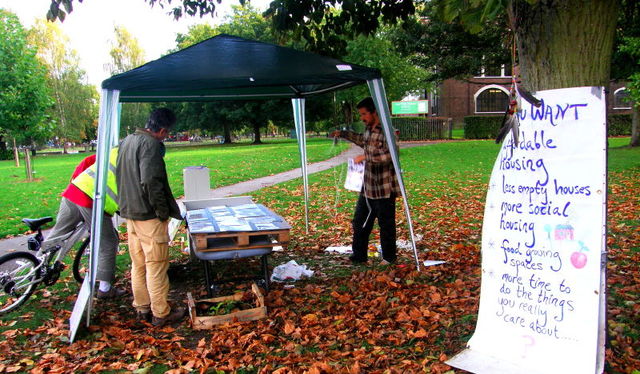 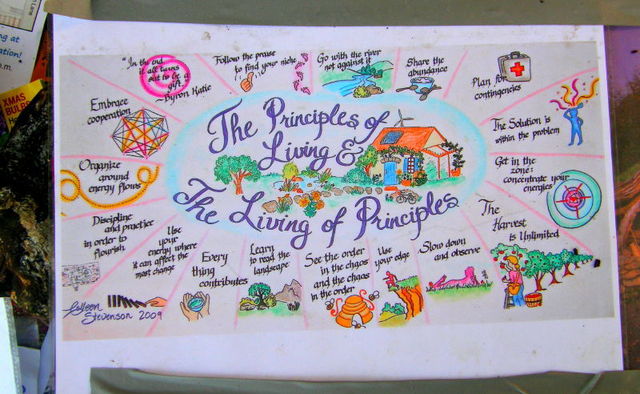 B4. Wisdom of the Info Stall 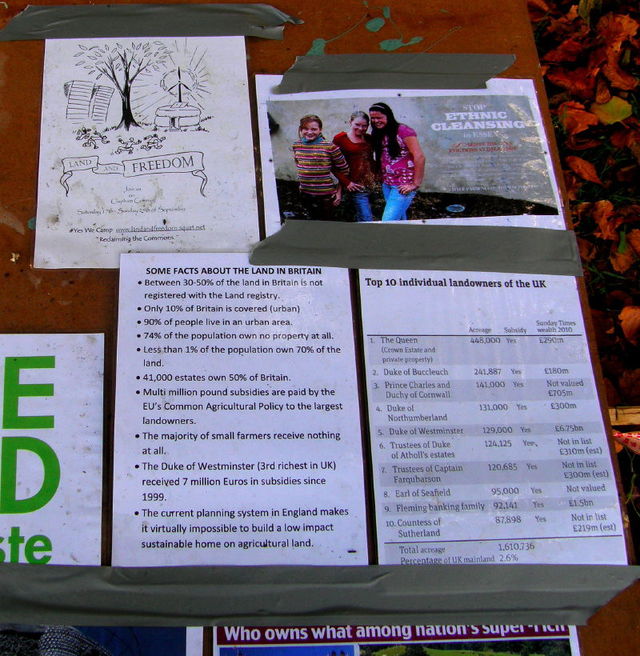 B5. Grey Gaffer Tape Keeps The Facts Pinned Down 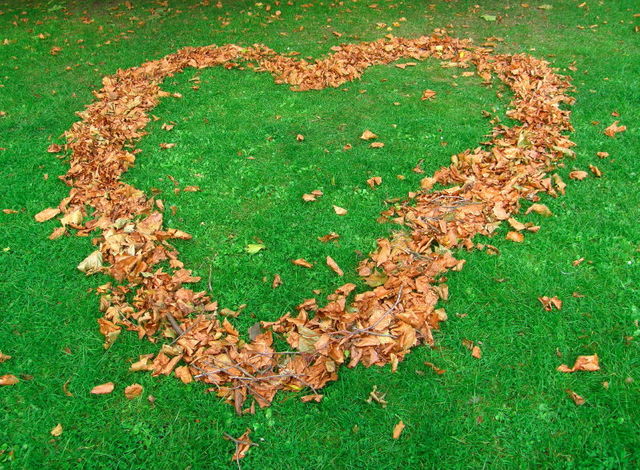 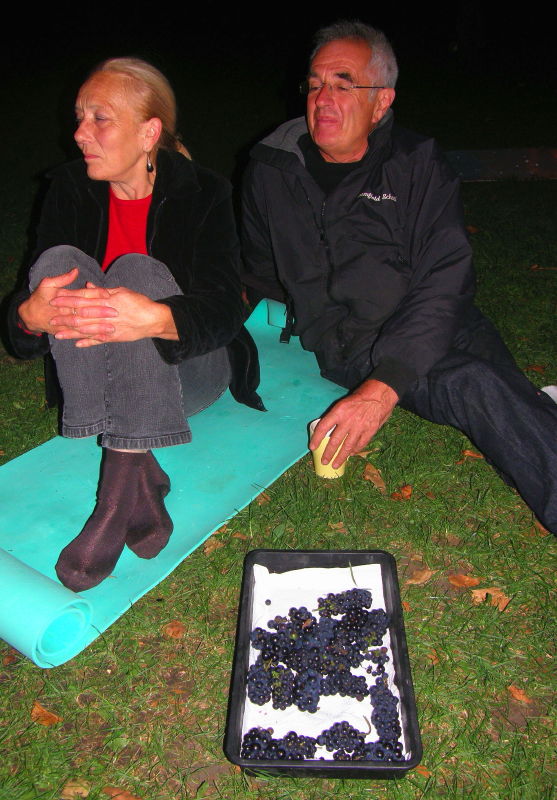 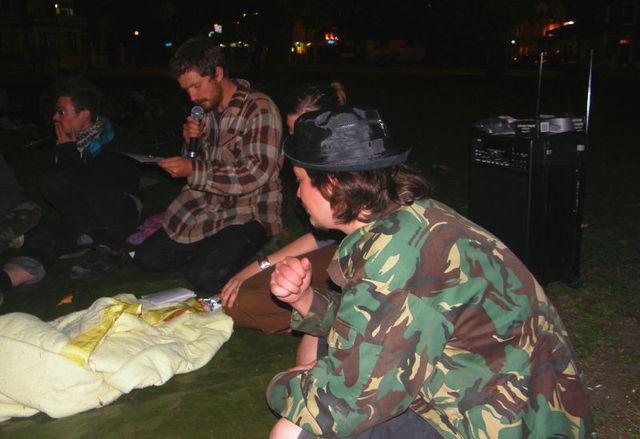 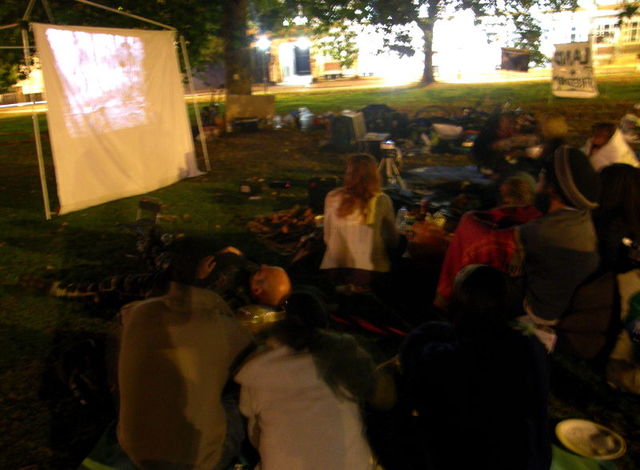 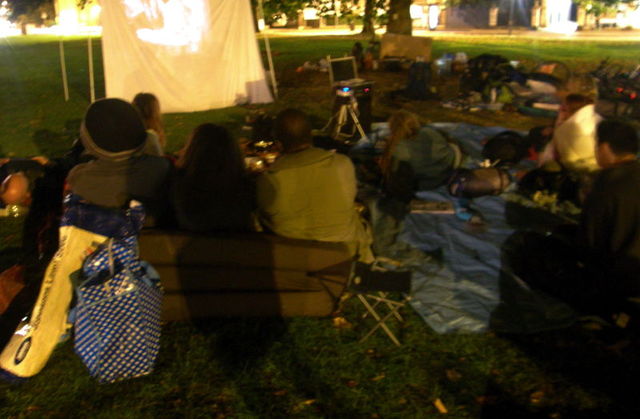 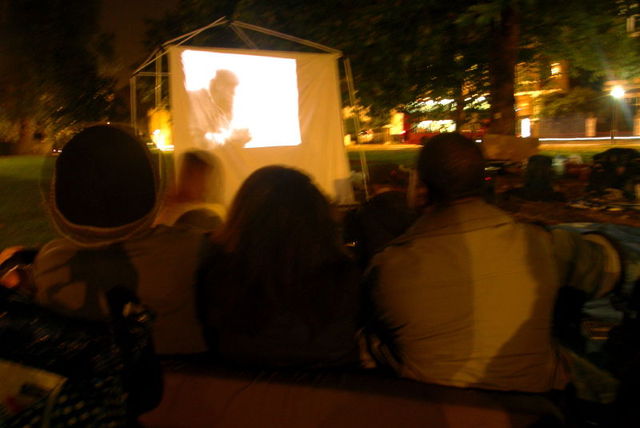 D3. The Best Three Seats in the House (even though The House is metaphorical) 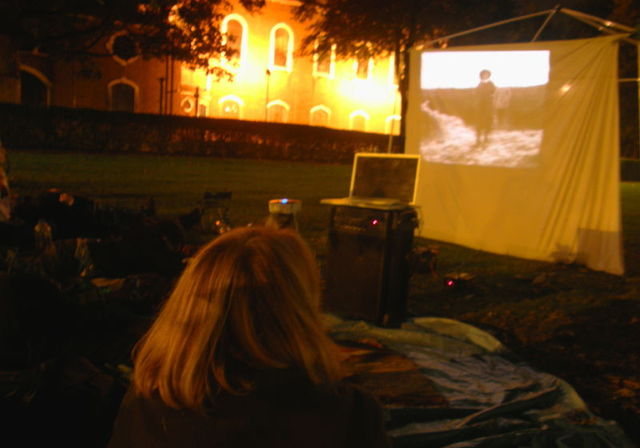 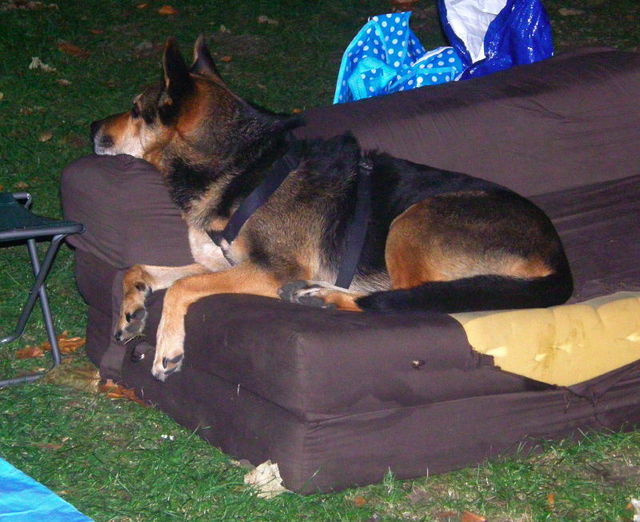 D5: Cinema Googie – ALL the Best Cinemas Have One 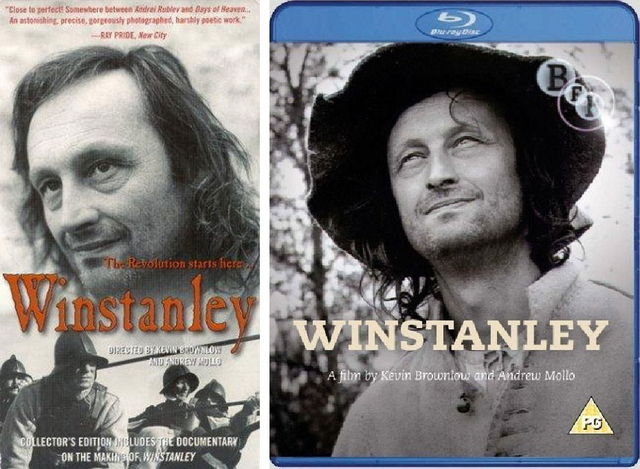 D6. Up The Revolution with Gerrard Winstanley & the Diggers

http://www.youtube.com/watch?v=RUIQi5GfJMc
» LINK to Edited Vid to follow shortly in an addition below, once editing and uploading is complete

http://on.fb.me/CWsuggestion ) on the Facebook page of The Land & Freedom Camp:
— 'WINSTANLEY' SCREENING?
— If a projector/screen/speakers combo be available, my MacBook and I have a copy of Kevin Brownlow's 1975
— biopic of Gerrard Winstanley and the Diggers we'd be very happy to share.
— ⫸

Eleven days later, thanks to the inspiration and assistance of Land and Freedom Campers (especially Simon), Colin Tonks of Electric Pedals (

http://electricpedals.com ), and of course not forgetting the Godfather of Revolutionary DIY Culture, Gerrard Winstanley himself (

http://en.wikipedia.org/wiki/Gerrard_Winstanley ), I had assembled a projector/speaker/player field cinema combo, and around thirty folk (and one goggie) benefited from its first deployment to enjoy a Cinema Winstanley evening together.

Retailer difficulties at Oyyy.co.uk [1] meant my new projector only arrived Saturday morning, so singing with the Bon Croissant Collective on Sat afternoon was of necessity replaced by field cinema configuration testing and audiovisual introduction authoring, but it the grand showbiz tradition, it WAS all right on the night.


CULTURE WITH REAL CONTENT ONNA SATURDAY NIGHT
If you’re raised in Britain, it’s more likely than not that you have heard of the English Civil War, fought between King Charles I and Oliver Cromwell [2]. But since Cromwell’s money-grubbing class won, and stamped its skewed perspective on our history, it’s much less likely that you’re aware of the English Revolution, and our home-grown revolutionaries known as Levellers (

http://en.wikipedia.org/wiki/Diggers ) – who are actually way more important and tremendously more inspiring than the entire officer class of Cromwell’s New Model Army and the nouveau riche money men paymasters to whom they owed their allegiance. The film Winstanley (1975) (

http://uk.imdb.com/title/tt0073911/ ) aims to redress the historical disservice done to the Diggers, their commune on St George's Hill, Weybridge in Surrey, and their leading pamphleteer Gerrard Winstanley (

http://en.wikipedia.org/wiki/Gerrard_Winstanley ) – and my hope is that it may inspire YOU to join in the C21 revolutionary struggles of our generation, to help complete the farsighted political programme envisioned by Winstanley and the Diggers, begun in 1649 and yet to be completed.


FILM WORTH TALKING ABOUT
With sound provided by a Skytronic TEC076 sound system, the added advantage is radio microphones – I wore a hands-free radio mic for performing a 15 minute scripted introduction to Winstanley, the Diggers Commune, and the 1640s English Revolution; and two hand-held radio mics were used for the post-film discussion, which made it possible for the person with the high-tech talking stick to be heard very clearly by everybody. We also used the Skytronic TEC076 very effectively for Wednesday evening’s ‘Poetry & Song Open (Radio) Mic Session’, from when photos A2-C2 derive.

My “Gerrard Who, Now?” Introduction to Cinema Winstanley was framed by social singing, which is a very bonding way to help folk feel like group participants, rather than atomised individuals in an audience. We began with a popular 20th century song, with lyrics by Gerrard Winstanley and Leon Rosselson, as popularised by the Bard of Barking, our own, our very own Billy Bragg: a live version of ‘The World Turned Upside Down’ performed by Billy at the Women Chainmakers Festival, in Dudley, on the 15th of September 2007. I’d prepared the lyrics as a one-verse-per-slide OpenOffice.Impress file (like PowerPoint, only better), so while we sang-along-a-Billy, the lyrics were projected on the cinema screen. Our intro closed with another song with which to sing along, written by Gerrard Winstanley himself, and included in the film: a harmonious version of ‘You Noble Diggers All (The Diggers Song)’ performed by Burnley’s best band ever Chumbawamba, on their 1988 album English Rebel Songs 1381-1984.

Winstanley the film was very well received, and a lively discussion ensued, covering a range of issues provoked by our shared viewing. The social singing was so popular, that a request came in that we end our evening with another rousing rendition of ‘The World Turned Upside Down’, and by popular acclaim, citizens, we made it so.

FILM
• The ‘Winstanley’ film, plus a 'Making of...' documentary called 'It Happened Here Again', in a single .avi file
» Search result webpage –

http://bit.ly/CWintroduction
• An Introduction to Gerrard Winstanley and the Diggers, by OttO mOlOtOv, 2007
» PDF, pp1 –

TECH SPECS
For the techy-minded among you who may feel inspired to investigate creating your own single person portable field cinema rig, the key components I used are:
• BenQ Joybee GP1 Projector:

http://www.bluearan.co.uk/index.php?id=SKT170125 – including three of its radio microphones, for intro & discussion
• VLC media player:

[1] Retailer difficulties at Oyyy.co.uk – their high online reputation for good customer service was confirmed by my experience, which saw an initial “I'm afraid that we have none in stock so I will have to offer you a refund” converted to a “We have good news! We have some stock of the projector, we will send this out for delivery to you tomorrow and will refund your next day delivery charges”. My thanks to Lisa Fenwick and Lindsey Perry for so ably demonstrating that although to really screw things up you need a computer(ised stock management system), people of goodwill can easily do the Right Thing, and keep the customer satisfied.

[2] “...the English Civil War, fought between King Charles I and Oliver Cromwell” – a deliberate satirical parody on the vulgar “It's Great Men That Make History” bullshit of bourgeois historians.

NB: The pix on this webpage are downsized versions for onscreen webpage display. If you would like the free, edited, full-sized versions (up to 3072x2304px, 7.1Mpx, typically 1-2 MB), see the footnote analogous to this one at the Indymedia London edition of this report.

The Indymedia London edition of this report: