Cameron: We must not be afraid to use military force against tyrants

In complete denial of the genocides perpetrated by ten years of Anglo-American-led wars across the globe, Mr Cameron and Mr Obama would still have us believe that their aim is “to spread peace, prosperity, democracy”. 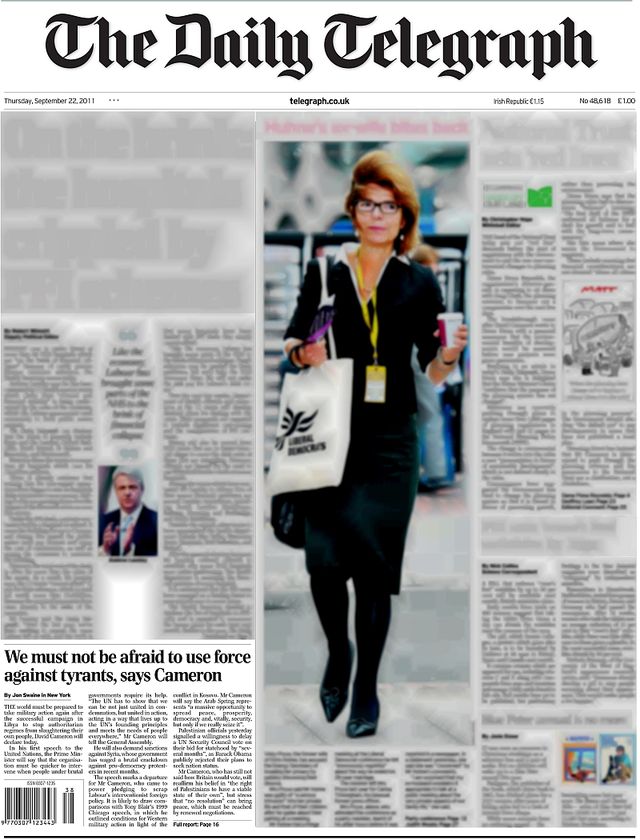 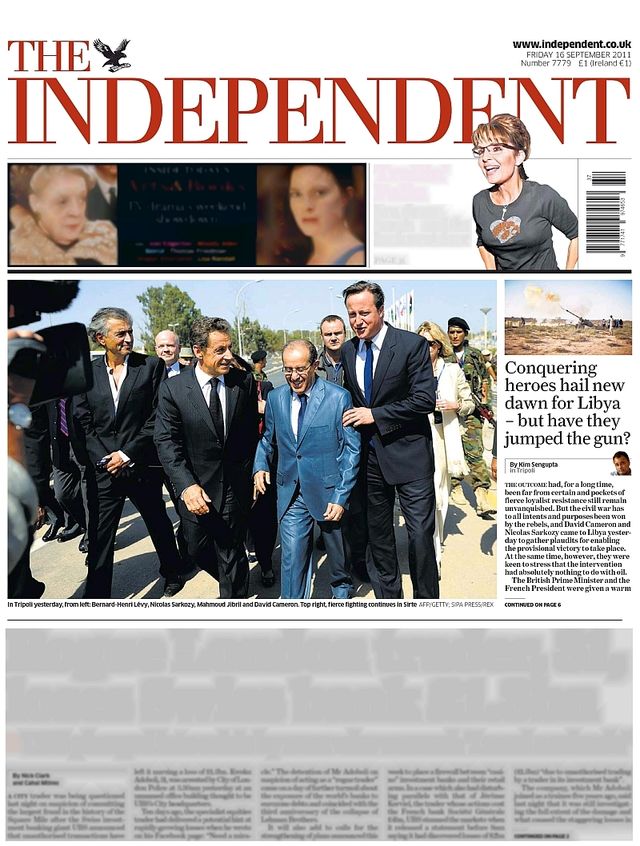 
UK Prime Minister Cameron: We must not be afraid to use military force against tyrants


1) UK Prime Minister Cameron: We must not be afraid to use military force against tyrants (22 September 2011)

3) UK Prime Minister Tony Blair: We should get actively involved in other people’s conflicts (22 April 1999)


We must not be afraid to use force against tyrants, says Cameron


The world must be prepared to take military action again after the successful [military] campaign in Libya to stop authoritarian regimes from slaughtering their own people, David Cameron will declare today.

In his first speech to the United Nations, the [UK] Prime Minister will say that the organisation must be quicker to intervene when people under brutal governments require its help.

The speech [...] is likely to draw comparisons with [former UK Prime Minister] Tony Blair's 1999 Chicago speech, in which he outlined conditions for Western military action in light of the conflict in Kosovo [i.e. the War on Yugoslavia]

“My argument today is that [the war on] Libya and the Arab Spring shows the UN needs a new way of working.

Because the Arab Spring is a massive opportunity to spread peace, prosperity, democracy and vitally security but only if we really seize it.

So the events of this year present a challenge to [...] Iran and Syria, to give their people the freedoms they deserve. [...]

[T]he international community has found its voice in Libya. We must not now lose our nerve. We must have the confidence to speak out and act as necessary to support those who seek new freedoms. [...]

Here at the UN, we have a responsibility to stand up against regimes that persecute their people. We need to see reform in Yemen. And above all, on Syria, it is time for the Members of the [UN] Security Council to act. We must now adopt a credible [UN] resolution threatening tough sanctions [on Syria]. [...]

[M]y argument is that where [military] action is necessary, legal and right, to fail to act is to fail those who need our help.”


“One of the reasons why it is now so important to win the conflict [i.e. the War on Yugoslavia] is to ensure that others do not make the same mistake in the future. That in itself will be a major step to ensuring that the next decade and the next century will not be as difficult as the past. If NATO fails in Kosovo, the next dictator to be threatened with military force may well not believe our resolve to carry the threat through. [...]

The most pressing foreign policy problem we face is to identify the circumstances in which we should get actively [i.e. militarily] involved in other people’s conflicts. [...] [T]he principle of non-interference must be qualified in important respects. Acts of genocide can never be a purely internal matter. When oppression produces massive flows of refugees which unsettle neighbouring countries then they can properly be described as "threats to international peace and security". [...]

One final word on the USA itself. [...] I say to you: never fall again for the doctrine of isolationism. The world cannot afford it. [...] And realise that in Britain you have a friend and an ally that will stand with you”


(*) Doctrine of the International Community

Speech by the Prime Minister at the Lord Mayor's Banquet

Obama at the UN: The arrogant voice of imperialism

UK Prime Minister: There is no question of an invasion or occupation of Libya