As planned, an occupation of Albert Square next to Manchester town hall began as the TUC march was winding its way round the city centre. 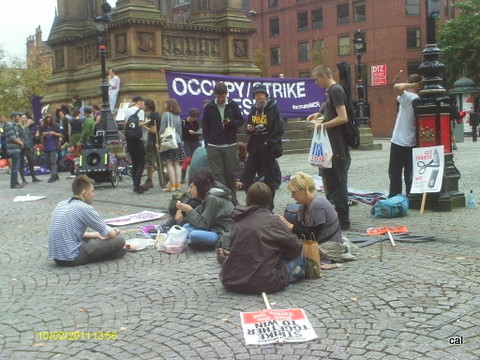 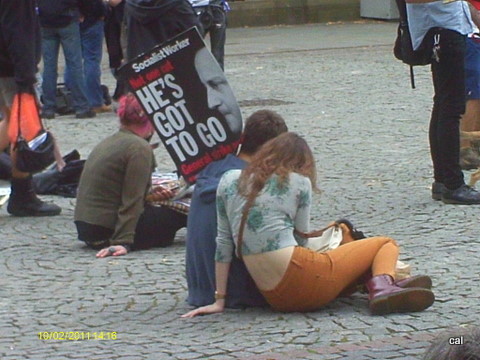 The photographs show the situation at 3pm, with 120 to 150 people in the square and 20 coppers looking on.
For more text and photographs, plus photographs of the main march, go to: 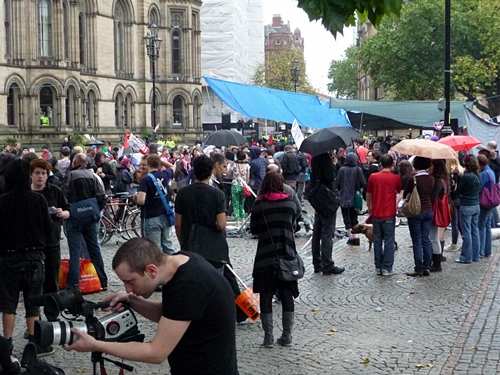 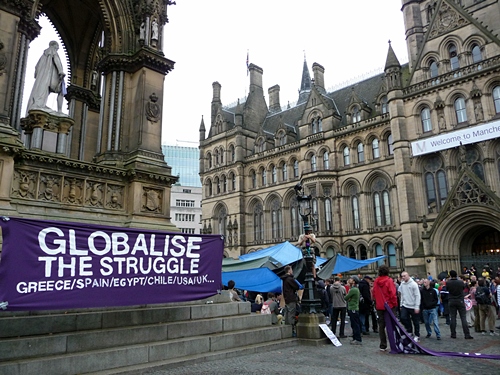 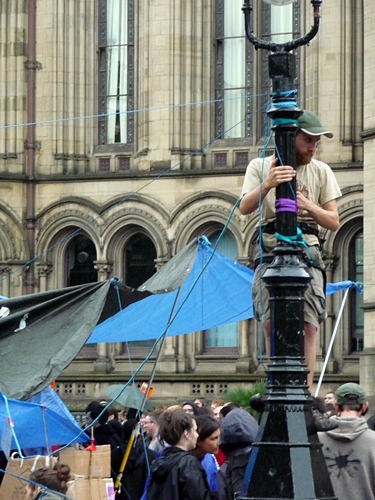 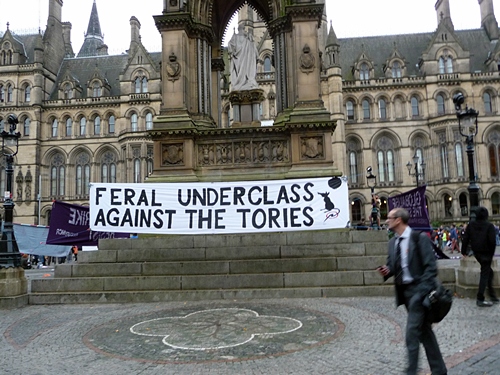 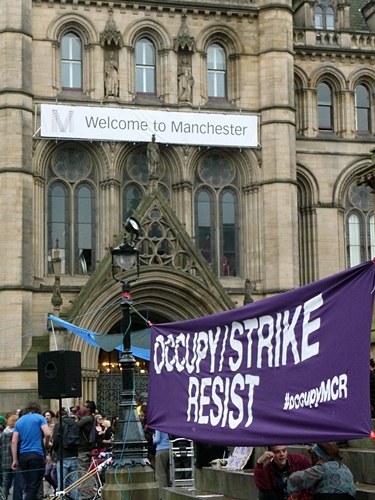 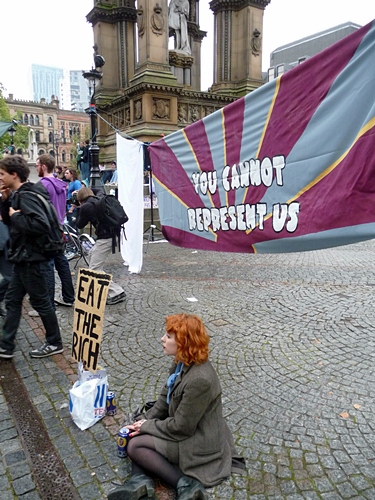 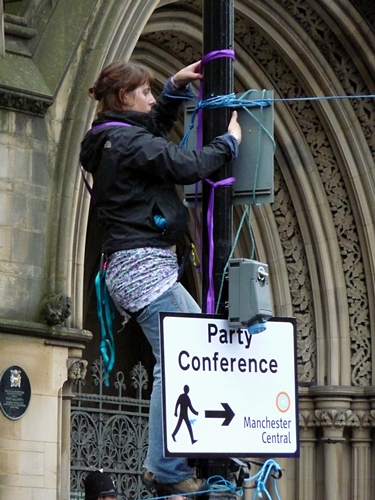 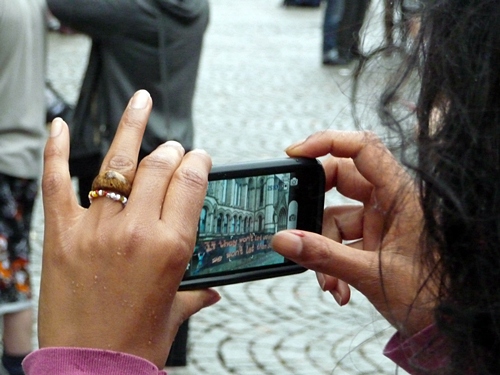 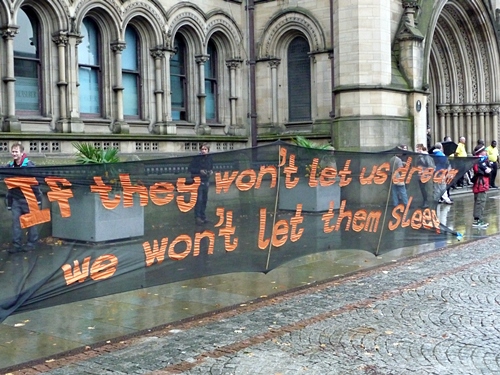 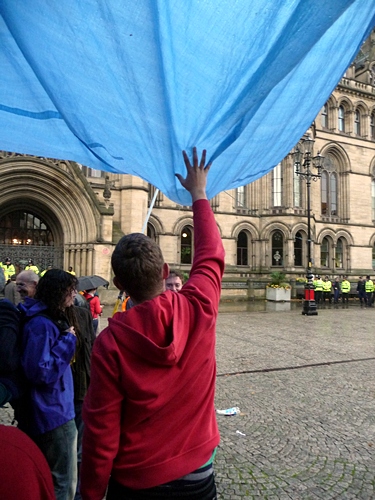 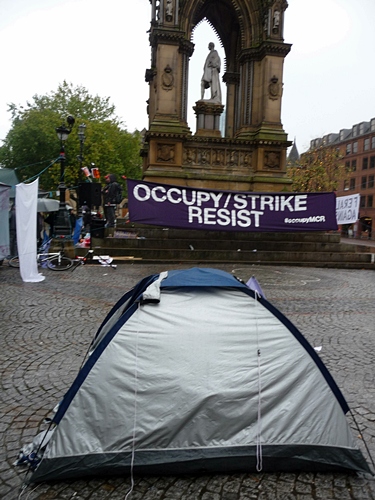 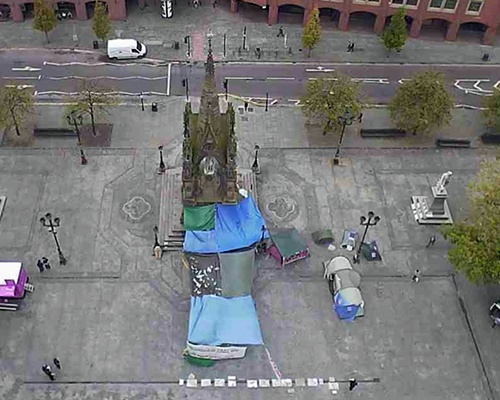 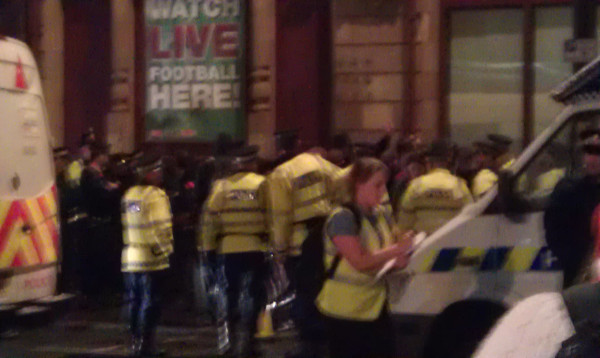 Yesterday saw the occupation of Albert Square in Manchester outside the town hall. Throughout the afternoon and evening several open mic assembly sessions were held with people speaking about various issues with the common themes being resistance to cuts, community organising, direct democracy, and occupations. There was also a sound system pumping out tunes and some dancing in the rain.

The persistent rain proved to be a discouraging factor and after several hours the size of the crowd pretty much matched the size of the tarps strung across lamposts to provide some cover (earlier the police had tried to prevent people rigging up the shelters).

Later in the evening people heckled guests attending tory party fringe meetings at the town hall and the police went around grabbing beers off a few people.

Around 9pm a group of 20-30 people with a sound system on their way to the occupation from the squatted convergence centre were hassled by the cops and there were a few arrests.

30,000 march against Conservatives in Manchester

“Occupy! Manchester is based on this desire to rediscover ‘direct action’ as a popular political form”